New leadership has been sworn in to office this week at the Danbury Fire Department.  The confirmation of the new Chief and Assistant Chief were made Tuesday with the oath of office taken Wednesday.  Mayor Mark Boughton spoke about Training Officer Mark Omasta's promotion to Assistant Chief.  He says Omasta was one of the best, if not the best, training officers the City has ever had. 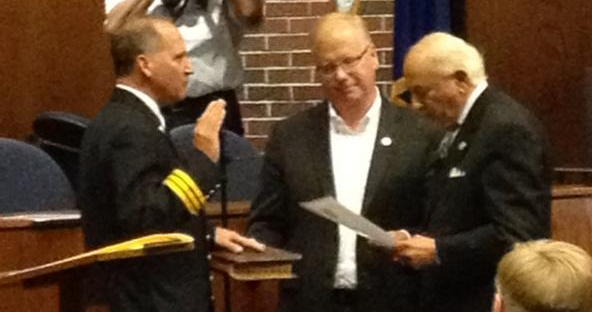 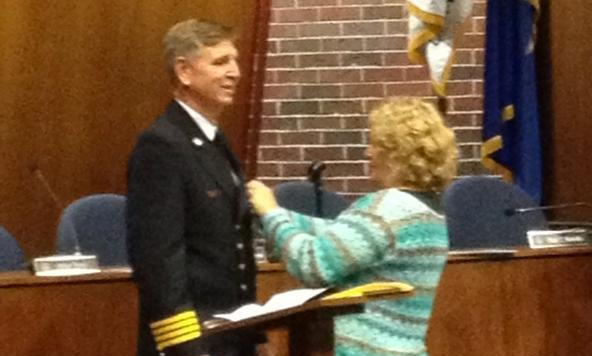 Former Fire Chief Geoff Herald spokes during the City Council meeting and said with these two promotions, the City will have professionals with a true understanding of what the fire service means to Danbury.  He said these two men will step up and serve the City in an exemplary fashion.

Boughton says no one wants to see a fire truck pull up to their house, but if it has to happen, Danbury has the best.  He noted that TJ Wiedl and Omasta have weighed in on budgeting issues, getting grant money and finding efficiencies within the Department.