A natural gas pipeline expansion has been proposed by Algonquin Gas Transmission called The Atlantic Bridge Expansion.  Spectra Energy says the project is needed to bring additional natural gas to the region, as the New England states look to expand supply and usage.  The Project would run from the Brewster area, through Danbury and Oxford and eventually headed into Massachusetts.  The target in-service date is November 2017.  The company says the additional supply will keep natural gas prices lower overall, while also dampening future natural gas and electricity price volatility.

Environmental groups are lining up in opposition.  The Connecticut Sierra Club has an educational forum scheduled for tonight in Danbury on the project.  It will be held at Danbury Library at 5:30pm 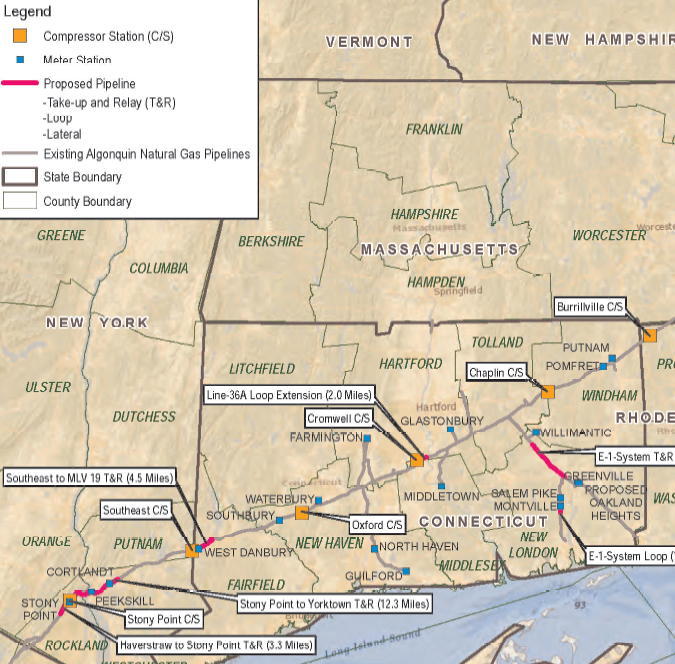 The project would involve the construction and operation of about 37.6 miles of natural gas pipeline and associated equipment and facilities in New York, Connecticut, and Massachusetts. The majority of the pipeline facilities, about 26.3 miles or 70 percent of the total 37.6 miles, would replace existing infrastructure.  Algonquin would also modify 6 existing compressor stations and 24 existing metering and regulating stations.

Algonquin would replace a 26-inch-diameter mainline pipeline segment with 42-inch-diameter pipeline located in Putnam and Fairfield Counties. This 4.5 mile-long replacement segment would begin at the Southeast Compressor Station and extend into Danbury.  Algonquin would install the new 42-inch-diameter pipeline beneath Interstate 84, the Still River, a railroad line, and Mill Plain Road.  The replacement segment would end at Algonquin’s existing MLV- 19 site located east of Clapboard Ridge Road.

The Project would cross the Hudson River in New York and the Still River in Connecticut using the horizontal directional drill method. 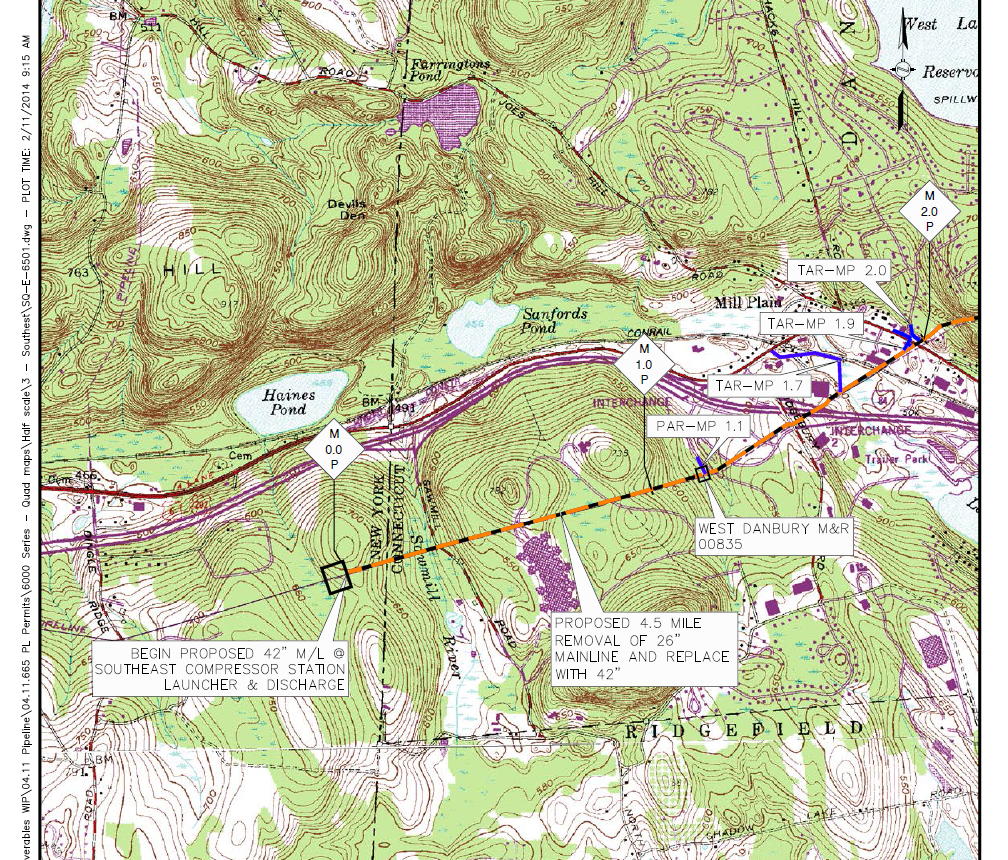