The two men seeking to be the next state Representative in the 107th District of Brookfield, Bethel and Danbury have participated in a debate just days before the election.  At Whisconier Middle School last night, Democrat Howard Lasser and Republican Steve Harding addressed topics including transportation improvements, how to grow business in the district and reforms to the Education Cost Sharing formula.  Both agreed that recreational marijuana should not be legalized, that improvements are needed to local transportation infrastructure and that bonding should not be used to pay for operational expenses. 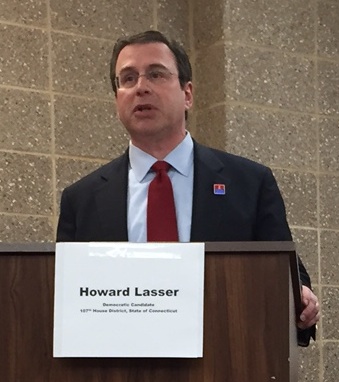 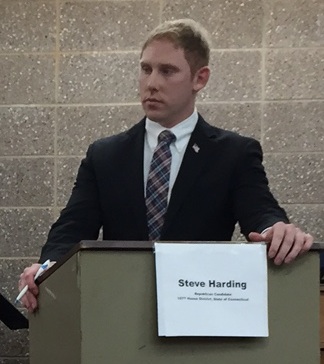 When it comes to the proposed tax on sugary drinks, Harding says it doesn’t fit in the big picture.  He says while Governor Malloy is proposing to keep liquor stores open longer with lower prices, this kind of tax doesn’t make sense.  Lasser says he’s not sure what to make of the proposal, whether it’s a “sin tax” to encourage different behavior or if it’s just a revenue enhancement kind of thing.

There were some differences between the candidates.  Harding was asked if Connecticut needs to revise its gun laws.  He says right now the focus should not be on gun regulation, as opposed to mental health.  He says that’s the real serious issue facing the state at this time.  Lasser says focusing only on one solution is not going to fix the problem.  He says something must be done about the culture of gun violence in this country.  More must be done to improve mental health access and to reduce the stigma of treatment.  But he says that doesn’t relieve the obligation to do more on gun safety.

Harding, a 27-year old, is an attorney at Dean L. Lewis Law Offices in Danbury.  He is currently servinc his first term as a member of the Brookfield Board of Education.  Lasser, a 59-year old retired chief financial officers, lost the 2013 First Selectman election to Bill Tinsley by fewer than 100 votes. He is former Board of Finacne and Selectmen member.

The special election is on Tuesday.