Retired Ridgefield Police K-9 Zeus will be honored on Wednesday.  The 11 year-old German Shepherd retired from the force last May due to severe degenerative hip disorder.  His health has seriously declined since then and Zeus will be euthanized Wednesday. 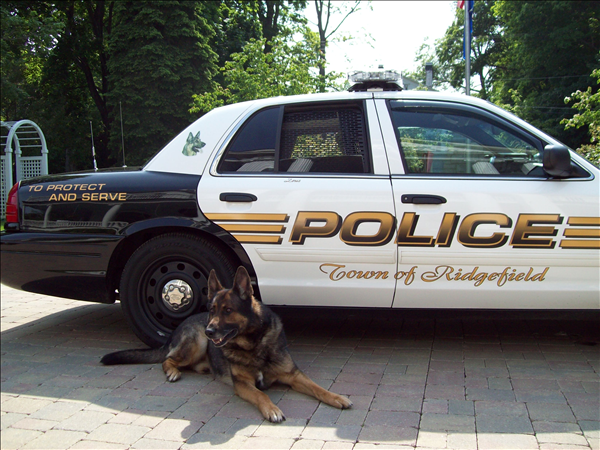 During Zeus’s career he was responsible for over 250 narcotics arrests, performed hundreds of demonstrations for the public and conducted over 50 tracks for missing or wanted individuals. During these tracks he located 6 individuals that were in life-threatening situations and located 6 suspects that had fled the scenes of crimes. The largest amount of narcotics Zeus was responsible for seizing was 10 pounds of marijuana which occurred in 2006.

Zeus joined the department in 2006 and was partnered with Officer Shawn Murray who he continued to reside with after his retirement.

Members of the community are asked to gather on the sidewalks of Main Street Wednesday along the route if they wish to pay tribute.