More progress is being made on construction of the new Sandy Hook Elementary School in Newtown.  In an updated post on the official project design and construction website, the contractor says the foundations for Wing A and the basement of Wing B have been excavated. 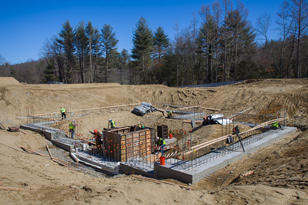 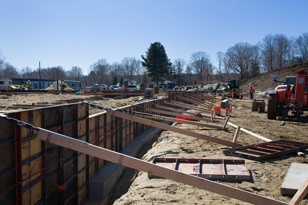 The foundations and footings for those areas have also been installed.  Some utility work has started at the site as well.  Retaining walls along the new entry driveway and some drainage infrastructure has also begun.

Construction officials said in their forecast of the work this month is that the Wing B foundations would continue to be installed.  The start of the Wing C foundations is set to begin.