A walking tour of New Milford has been taken by Senator Chris Murphy.  He was joined by Mayor Pat Murphy and the town's Economic Development Director to talk about businesses downtown.  Murphy says he wanted to learn Wednesday about the transit needs and economic priorities. 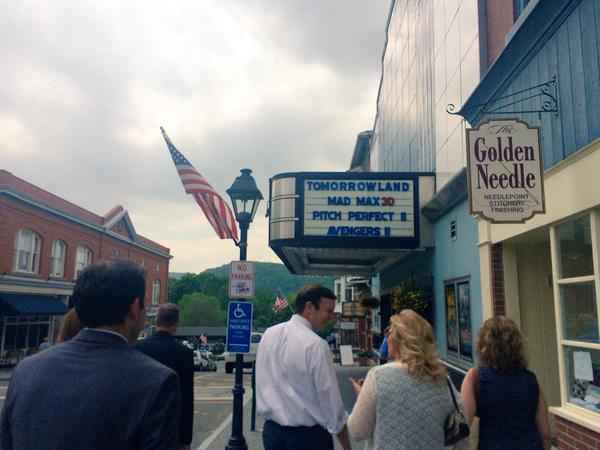 Murphy says the downtown is doing well, with lots of restaurants and new businesses.  But he says the town could be doing even better if rail service was extended from Danbury.  He notes that 1971 was the last time passenger rail service went to New Milford.

More people are using train service in Connecticut each year, and there's a renewed interest in extending the Metro North Danbury branch line into New Milford and beyond.

Murphy says the trains work both ways.  More people be able to live in New Milford and commute to Danbury, the Stamford-Norwalk region or even New York City.  Murphy says tourists could spend weekends and holidays in New Milford.

The town bills itself as the Gateway to Litchfield County.