Draft night is tonight for the Danbury Titans, the newest team in the Federal Hockey League.  The team's colors, logo and uniforms were unveiled this morning at the Danbury Ice Arena.  That's the team's home ice.  The Jerseys will sport blue, green and gray, a nod to the Seattle Seahawks which is a favorite of the owners.

Owner Bruce Bennett says ticket prices have not yet been set for the season, which starts in October.  But he says they will be slightly less than last season. 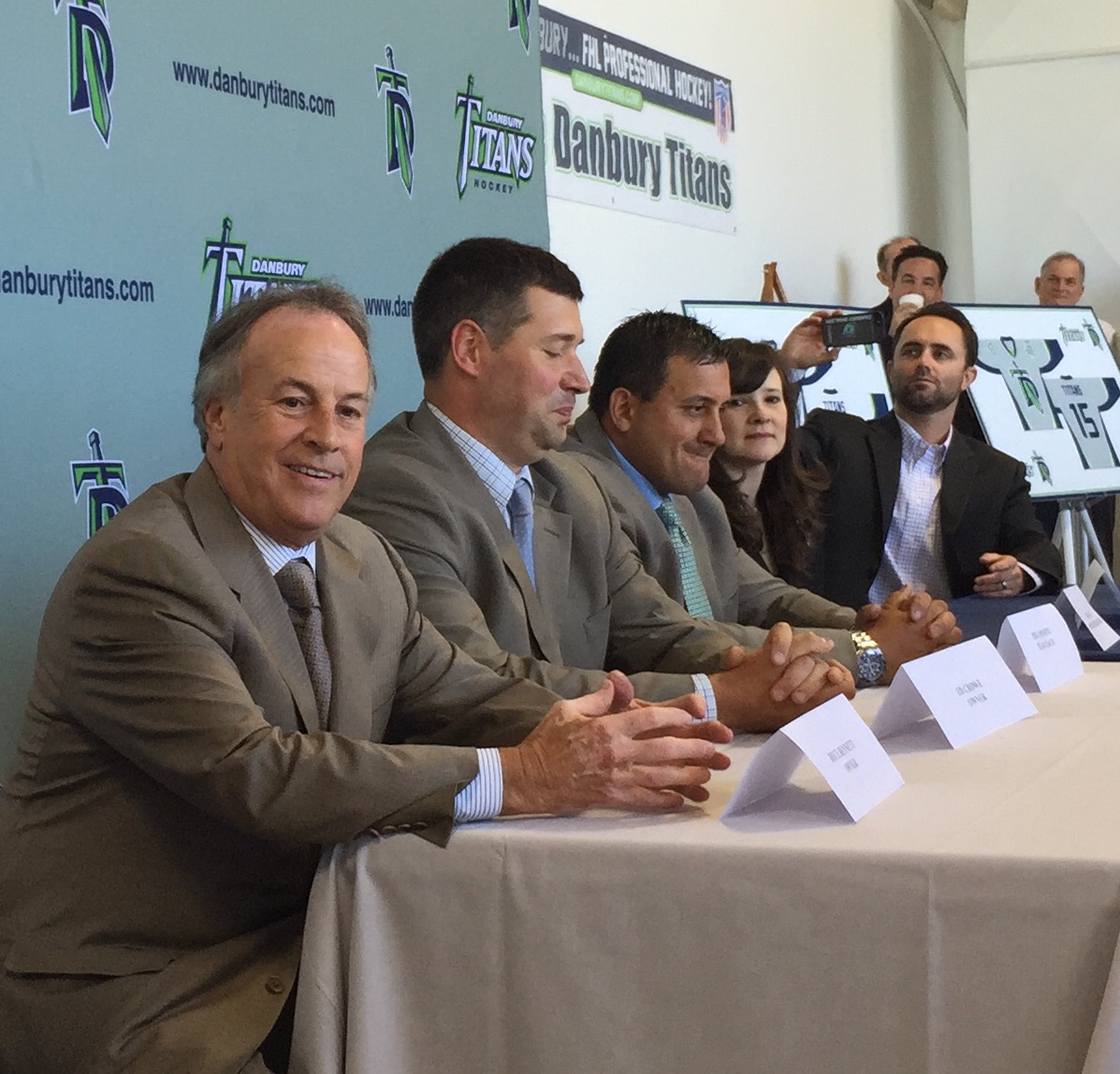 He says there's been nothing but support for the team since its creation.

When explaining to the crowd about the decision process to move from owning a car dealership to a hockey team, Bennett detailed a conversation with his wife.  She asked if he's getting ready to retire, why start this new venture.  He responded that he didn't know, and she encouraged him to do it. 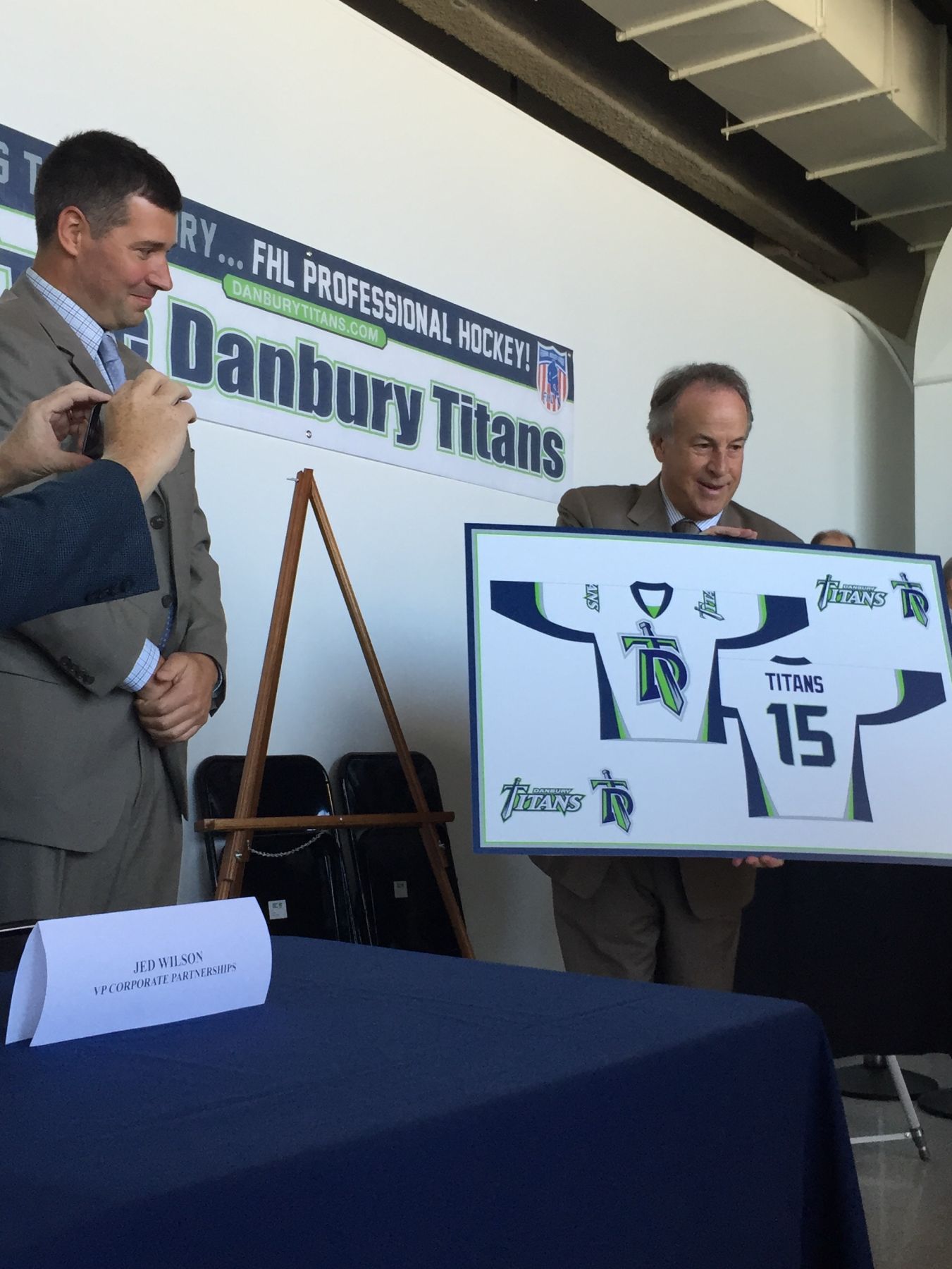 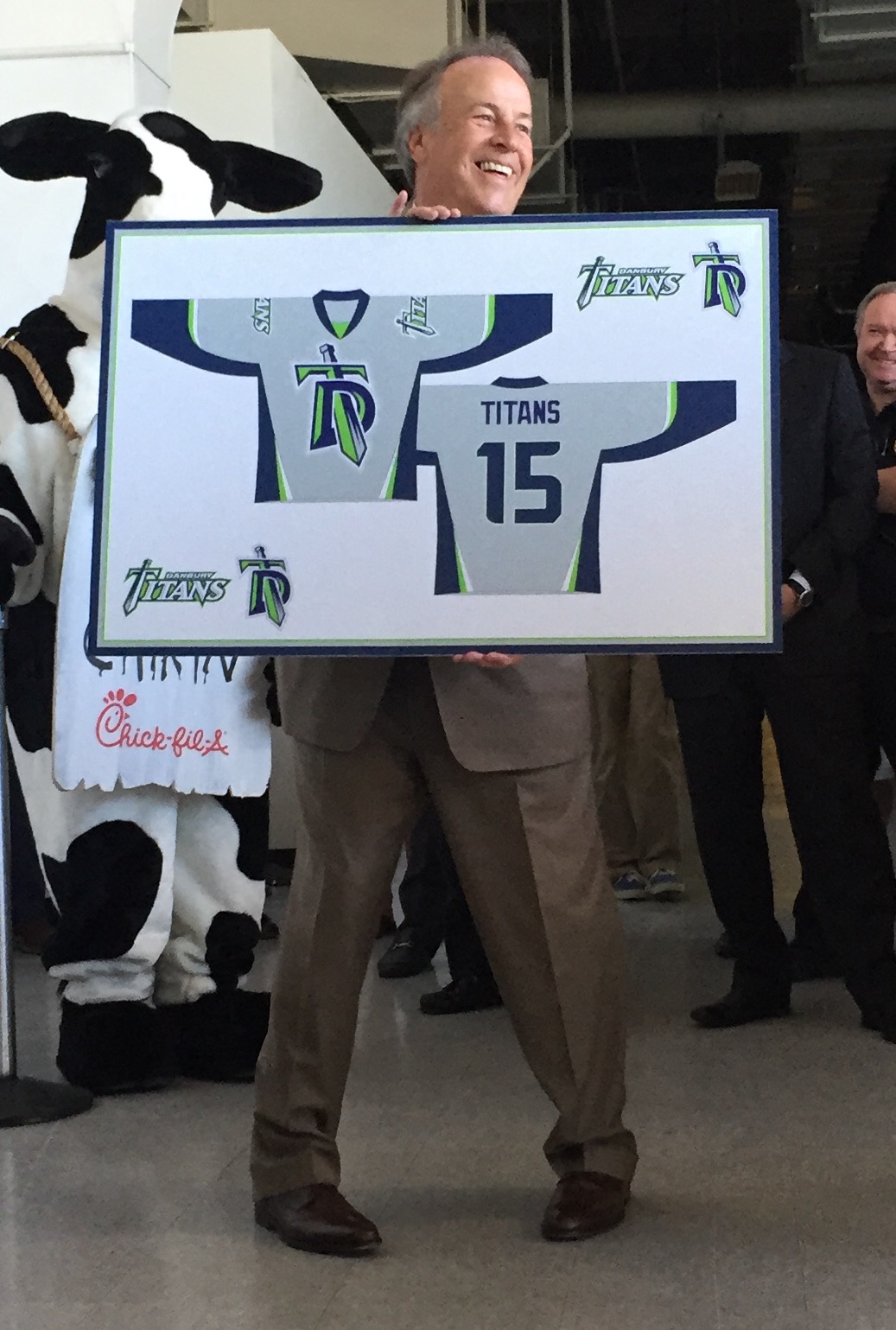 The other co-owner is an Brookfield insurance broker Ed Crowe.  They also own a team that will play at the Brewster Ice Arena: The Brewster Bulldogs. 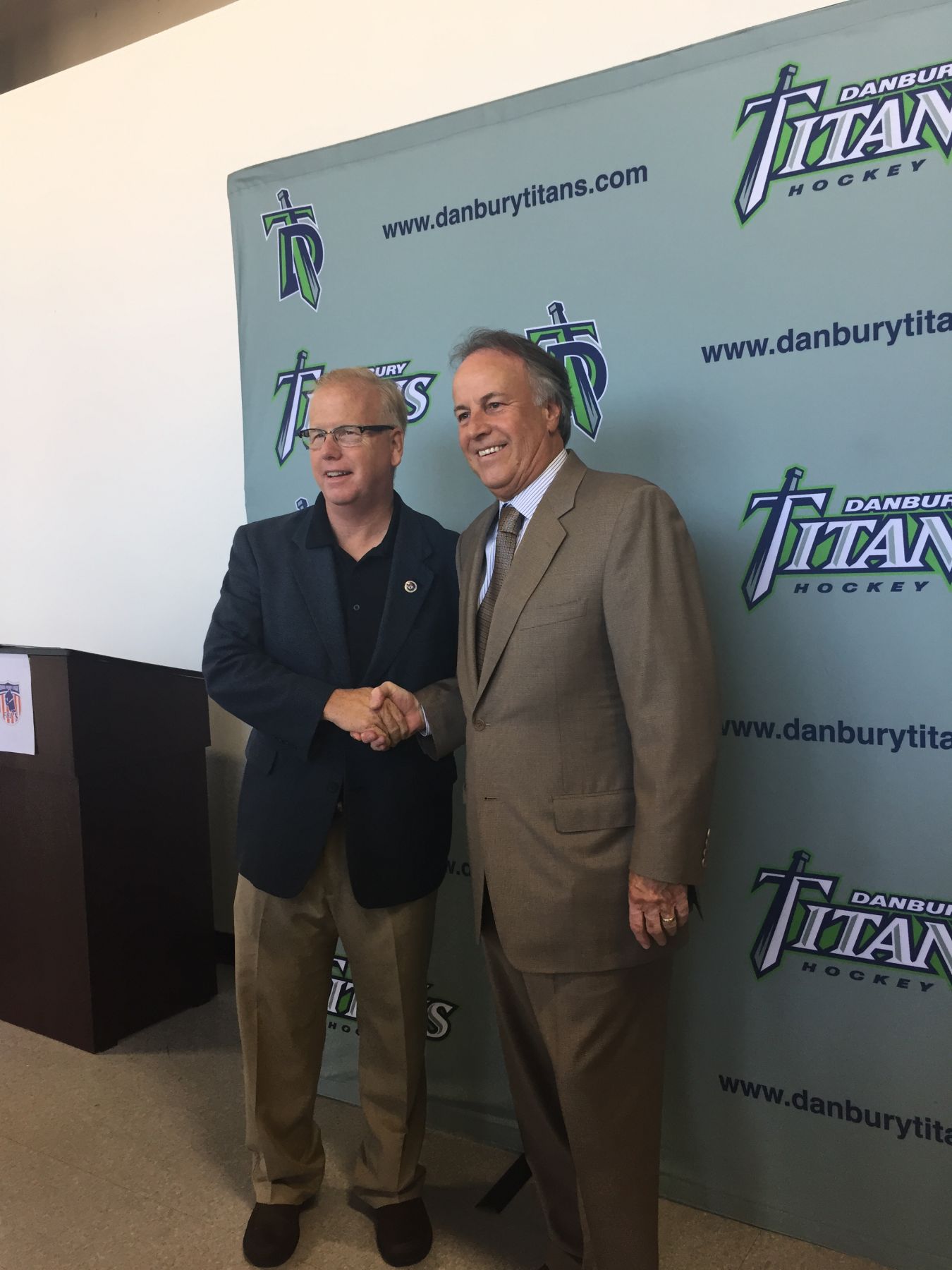