Posted About Six Years Ago by AP, WLAD Newsroom

After meeting with the President yesterday, Esty said background checks save lives.  She said today's action is a necessary, responsible next step to update an exceptionally vague definition in the current background check system that some bad actors exploit in order to sell a high volume of guns without ever conducting a background check.

Today, Jimmy Greene and Mark Barden stood with the President during his announcement.  Ana Grace Marquez-Greene and Daniel Barden were among the 20 children killed at Sandy Hook School. 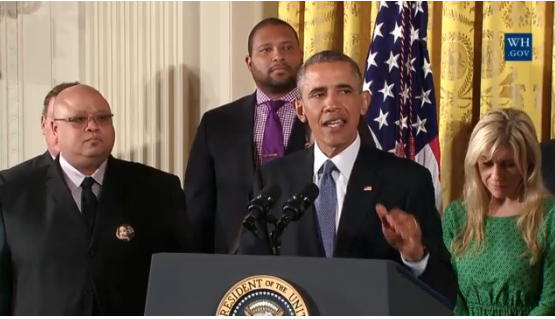