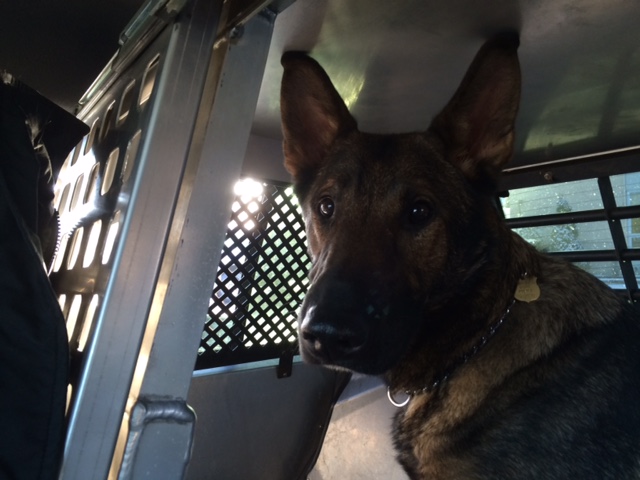 Another Connecticut State Police Dog has received a bullet and stab protective vest.  The K9 named Asher has been outfitted with a vest Asher has been assigned to First Class Jessica Colburn for two years and is currently working at Troop A in Southbury.

A charitable donation was made by Wagging Tails Pet Sitting & Mobile Grooming through the non-profit Vested Interest in K9s Incorporated for the vest.  Delivery is expected within eight to ten weeks.

The three-year-year-old German Shepard  is trained in all patrol functions including tracking, building searches, evidence recovery, apprehension, obstacles and obedience.  Asher is also a Human Remains Detection Dog on the Search and Rescue Team.