Posted About Six Years Ago by WLAD Newsroom, AP

U.S. Senator Chris Murphy has launched a filibuster on the Senate floor urging action on gun control measures.  Just before taking the floor this morning at about 11:20am, Murphy tweeted that he was prepared to stand and talk about the need to prevent gun violence for as long as he can because he has had enough. 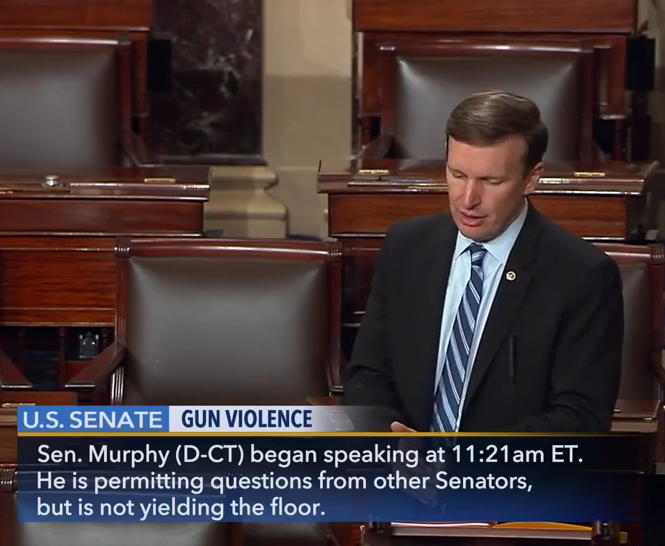 Murphy keeps referring back to the deadliest mass shooting in the country's history this weekend in Orlando, and also the shooting at Sandy Hook School which claimed the lives of 20 children and six educators.

"For those of us that represent Connecticut, the failure of this body to do anything, anything at all in the face of that continued slaughter isn't just painful to us, it's unconscionable," Murphy said.

Murphy said he cannot look into the eyes of those children's relatives and tell them that Congress has done nothing since.

Murphy is allowing questions from his colleagues while not yielding the floor.  U.S. Senators Richard Blumenthal of Connecticut, Cory Booker of New Jersey, Charles Schumer of New York and Bill Nelson of Florida are among those offering questions to prolong discussion.

The questions and Murphy's filibuster come during debate over a spending bill he wants to offer gun violence prevention measures to.  5th District Congresswoman Elizabeth Esty delivered a care package to Murphy.  Congressmen Jim Himes and Joe Courtney made their way to the Senate chamber to show their support. 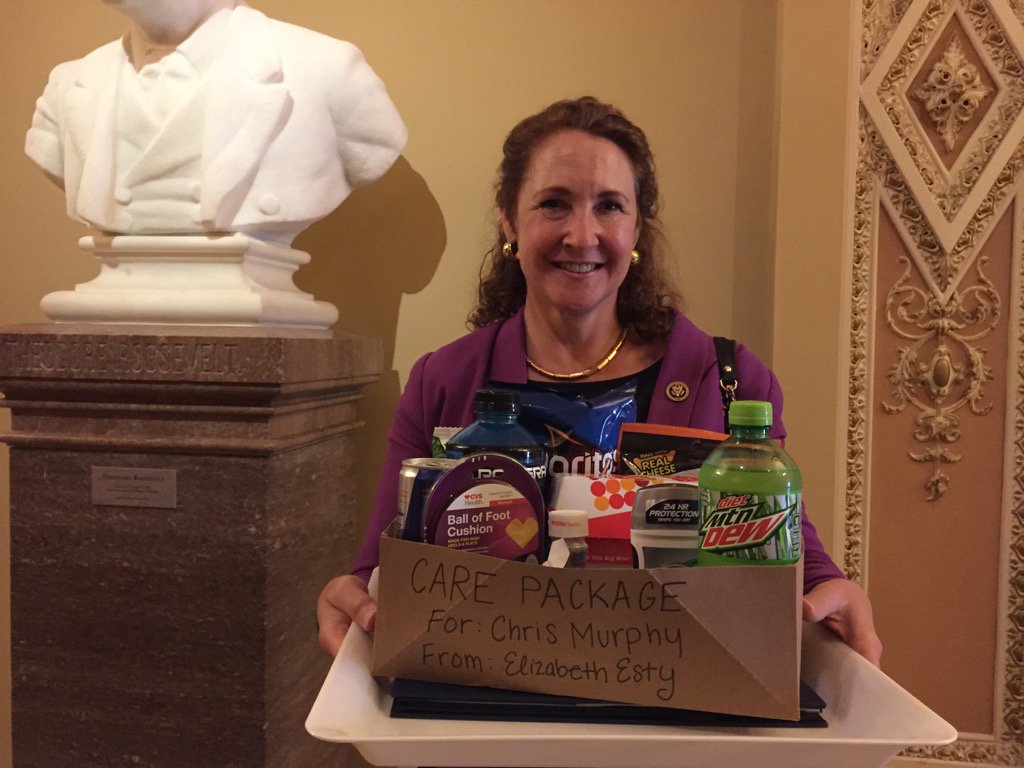 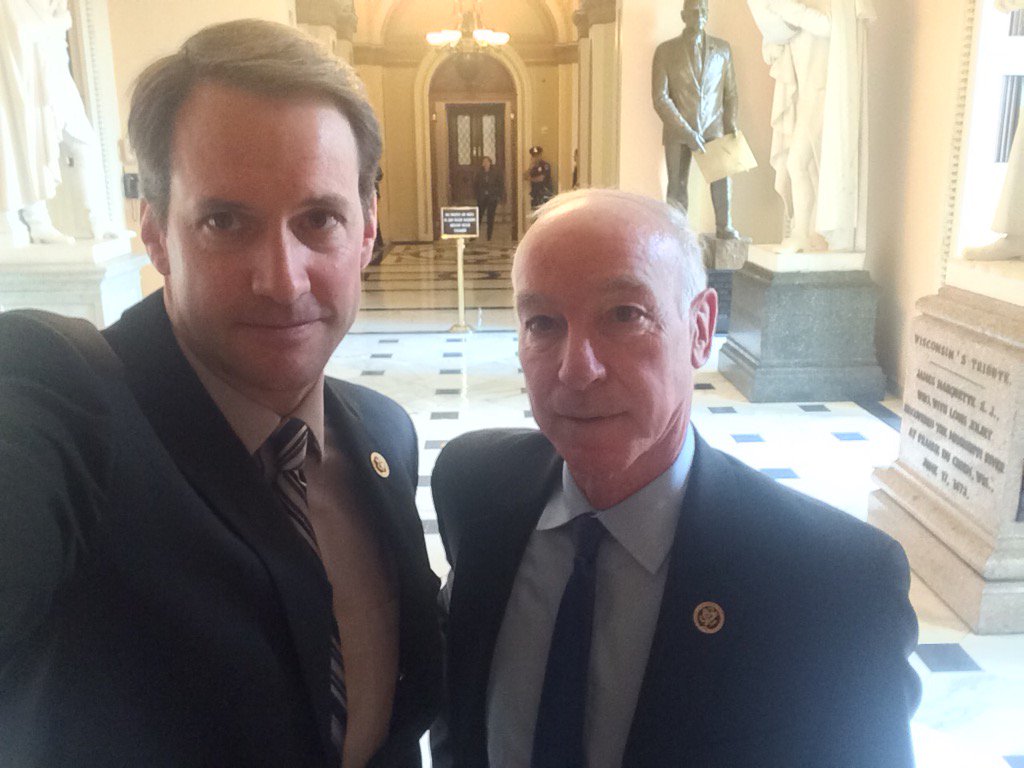