The latest spray park in Danbury will officially open Saturday morning.  The ribbon was cut Thursday on the 5,800 square foot concrete spray park at Kenosia Park on Danbury's west side. 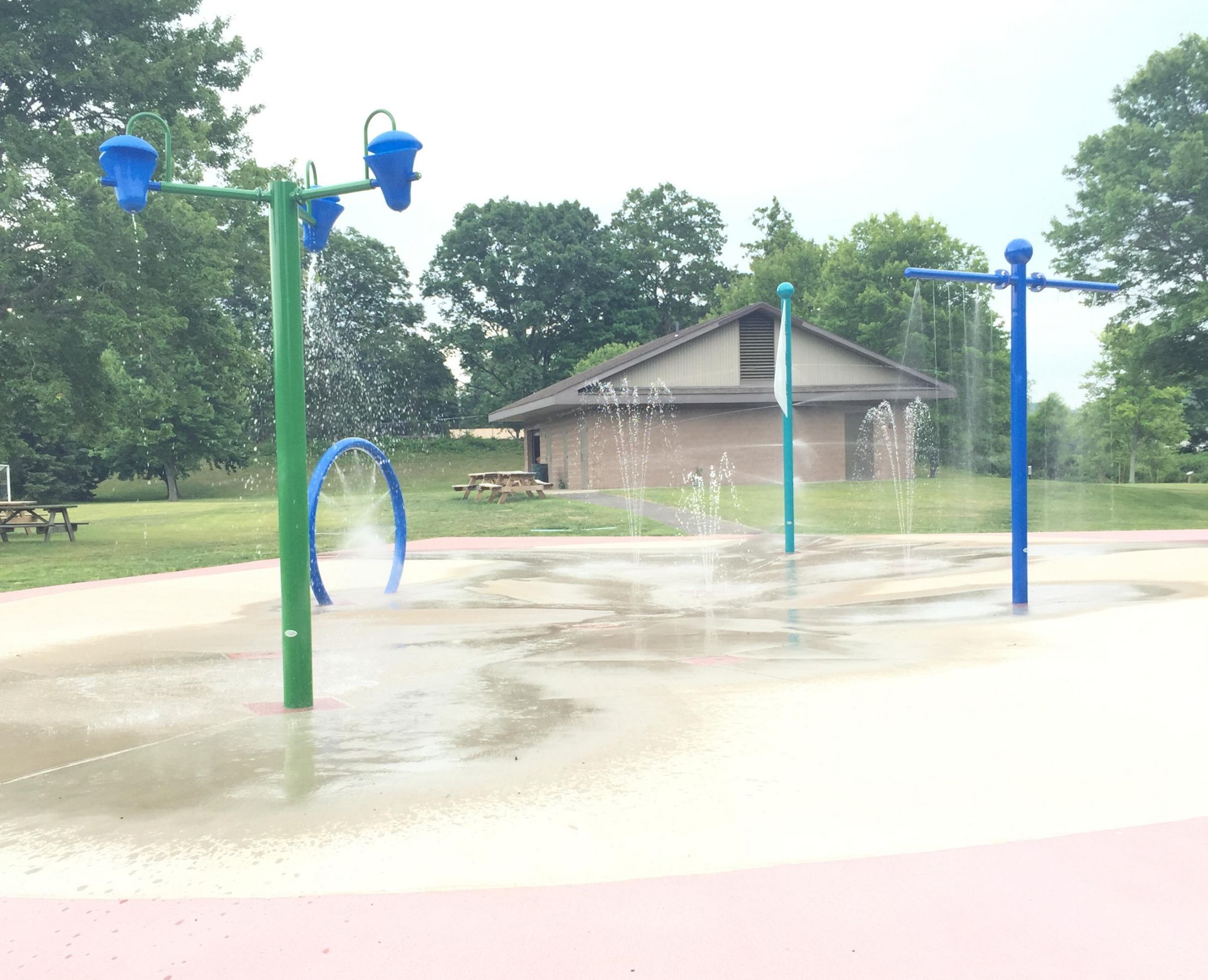 It will be open 7 days a week from 10am to 2pm.  Recreation Director Nick Kaplanis says the Rogers Park and Highland Avenue spray parks are very popular, so they hope some kids will take advantage of this new facility.  An attendant is on duty whenever the spray parks are open.

Mayor Mark Boughton say the water comes from the city public water system, is not reused and goes into the sanitary sewer system to be cleaned.  There is always clean water coming out of the sprays.  Boughton is hoping for a lot of use this summer as kids got out of school June 9th.

Picnic benches were added to the area around the spray park.  The water elements are hooked up to a computer that's been programmed with 12 sequences of 45 seconds each.  The equipment is on a timed system so it shuts down when no one is at the park.

The architect was JJA Sports of Massachusetts.  The contractor was Childscapes, Inc.  The cost was $170,000.  Much of it came from the Open Space Recreation Bond.

Designs started in 2008, but the City ran into permitting issues with the state.  The property technically is owned by a water company.  Lake Kenosia is considered a reservoir, and the state would not allow additional recreational opportunities there. Several years ago the state Department of Public Health asked that the City stop allowing swimming at the lake off the public beaches.  The equipment was purchased in 2008, anticipating a permit.

Even though ground was broken in the fall, the work was finished before winter and then weatherized for this summer's opening.  Childscapes President Tim Pesko says the project took about three weeks from start to finish because Danbury had all of the equipment on hand.  An inch and a half water line was run from the street to the park, and split into each of the elements on the splashpad.  The underground plumbing and drains were put in and then the concrete slabs were poured.