Hatter’s Monument on the Heritage Plaza outside of Danbury City Hall has been unveiled.  The monument was commissioned by the City to serve as a memorial to Danbury’s rich history.  The Hatter’s Monument Committee commissioned local artist David Boyajian to design the sculpture.  The 14-foot bronze and steel sculpture depicts a hatter at work.

Boyajian is an adjunct professor of art at Western Connecticut State University.  He says the monument captures the visual and poetic narrative of Danbury’s prominent role in the 20th century American hat making industry.

Mayor Mark Boughton says the hatting industry, which began in the 18th century, remained strong in Danbury up until the 1980’s.  In the early 1900s, nearly a quarter of the hats sold in the United States were made in Danbury.

Danbury Museum & Historical Society Executive Director Brigid Guertin says the piece is an open, flowing design that presents viewers with an opportunity to glance at the past or walk right up to it.  She says this will serve as both a memory of the past, and as an inspiration for future generations.  The Museum is hoping to work it into the visual curriculum for students studying local history.  She says this is also a great introduction to Danbury's history for visitors. 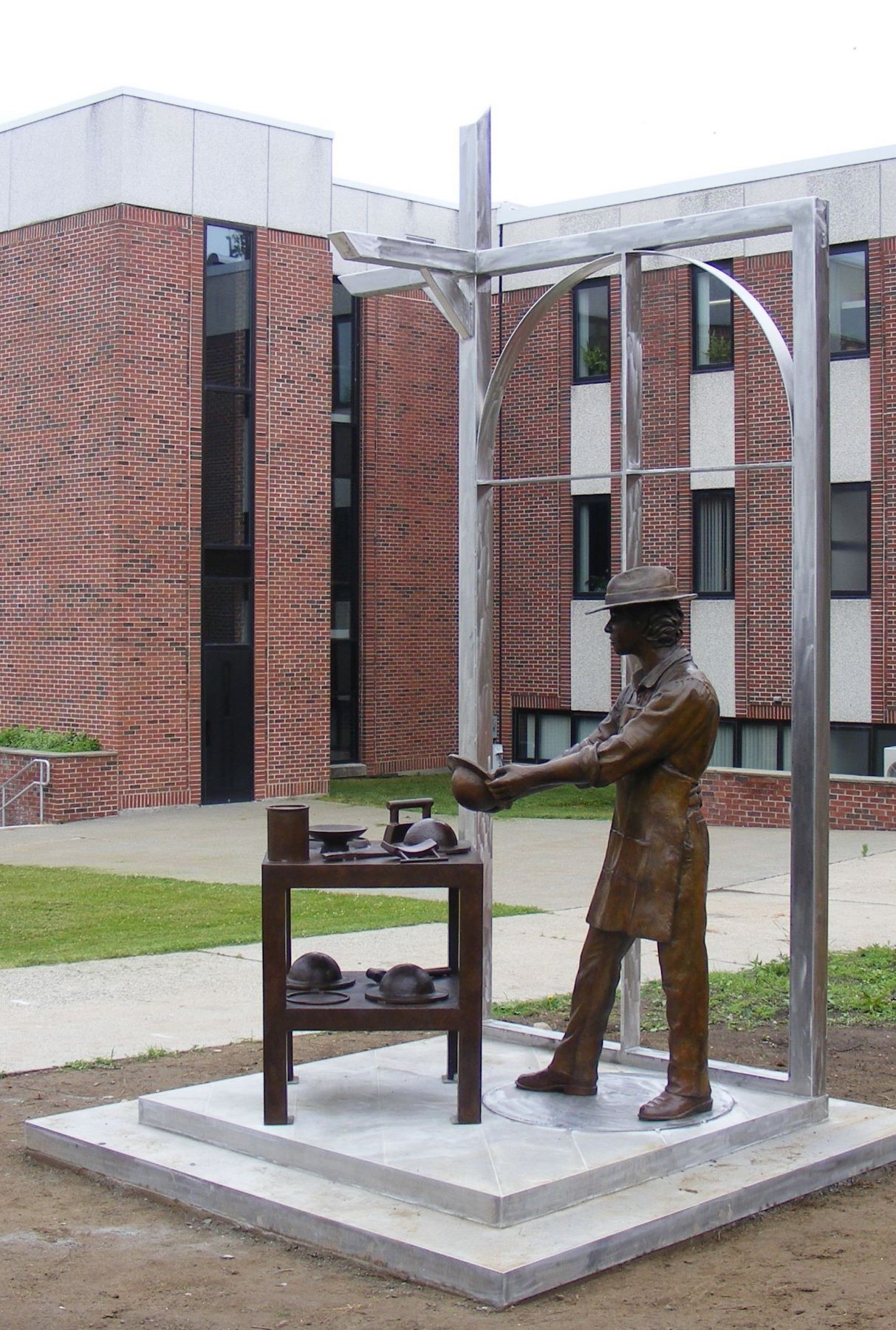