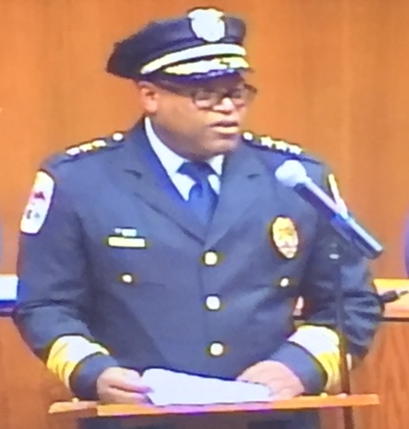 Police from around the region gathered at Danbury City Hall Monday night for the swearing in of a new Police Chief.  Patrick Ridenhour is the new official leader of the Danbury Police Department.  In introducing Ridenhour, Mayor Mark Boughton said the members of the Department have a long history of being ambassadors for the City.  He notes that the Department also went through a series of evolutions since 2001.

Boughton says Ridenhour exceeded expectations during the interview process, saying he has the experience, education and attitude needed to lead Danbury Police.  Boughton says this is a difficult and demanding job, but that with over 27 years of policing Ridenhour will excel  He cite Ridenhour's background in labor relations, advance technology uses, and connecting police to the community at large. 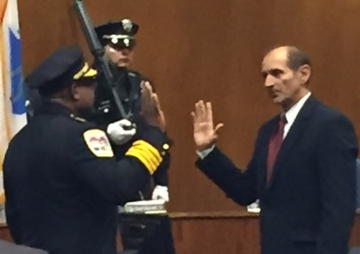 Ridenhour holds a Certificate in Criminal Justice Education from the University of Virginia, a Bachelor’s Degree from Charter Oak State College, and a Master’s Degree in Organizational Management and Leadership from Springfield College.  Ridenhour started with the Waterbury Police Department before being hired as Deputy Chief in Stratford, where he was eventually promoted to Chief in 2012.

Ridenhour is a graduate of both the FBI National Academy and the FBI Law Enforcement Executive Development Seminar in Quantico, Virginia.

Ridenhour serves as the Connecticut Police Chiefs Association representative to the State of Connecticut’s Commission on Racial and Ethnic Disparities in the Criminal Justice System, and is also an Executive Board member of the Connecticut Chapter of the National Organization of Black Law Enforcement Executives. 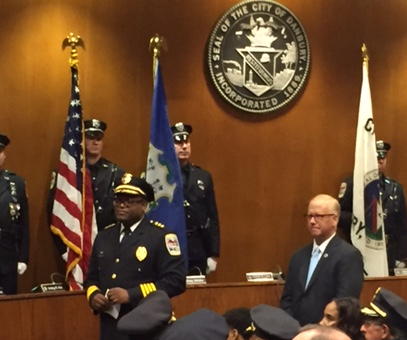 Ridenhour's father was a police officer, and his son is an officer.  What drew him to Danbury was to take on a new challenge, to meet new people and to work with another group of men and women who are dedicated to public safety.

Ridenhour choked up when he acknowledged his parents.  He noted that he owed his professional development to past Waterbury police brass, and thanked the Stratford community for their support.

Ridenhour says he looks forward to working with City officials, the business community and citizens to ensure the police department is meeting its mission.  He said communication and working together is the key. 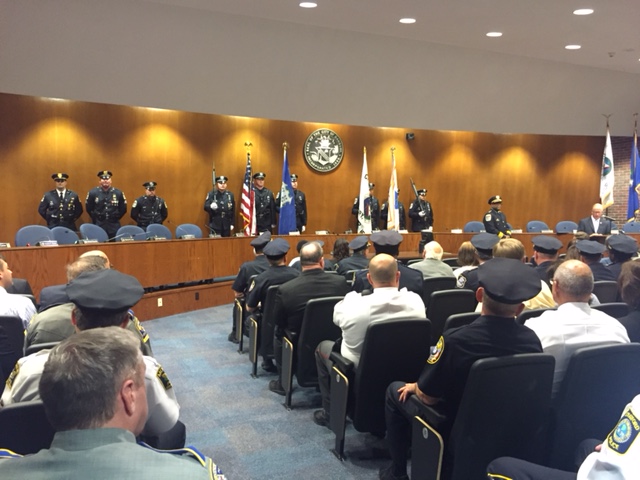 Ridenhour had a message for the Danbury Police Department.  He said they are just one link in the chain.  To be successful, he said they must do more than enforcement.  He wants them to continue to be involved in the community, especially with youth.  He noted that police are judged as much by public opinion as by statistics.

Ridenhour said his personal approach to policing is simple, what you see is what you get.