The New Milford Police Department is issuing a warning to pedestrians.  Officials say a number of New Milford Police officers have noticed younger people playing the Pokemon Go app on their phones in the downtown area.  Officers have reported seeing youth walking into traffic, or through private property without paying attention.

Police are asking youth to be mindful of where they are walking, and to obey pedestrian laws.

Police are also calling on parents to talk with their children about the game.  When certain areas are closed, people are not allowed to continue playing the game through that closed property, because that is considered trespassing.  Parents are also being asked to impose restrictions to help keep kids safe.

State Police previously published a "Do and Don't" list for playing the augmented reality game. 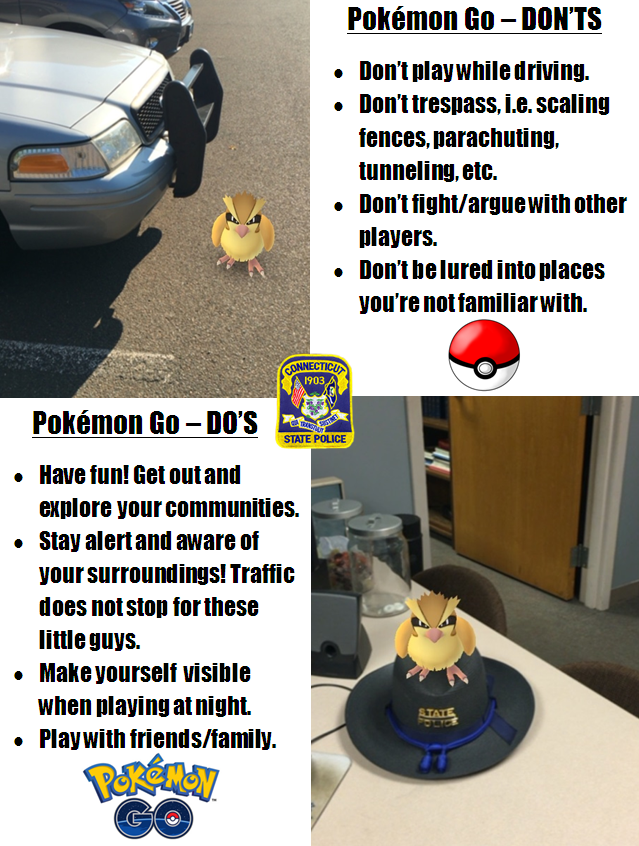