Brookfield residents have approved a capital budget.  $2.8 million for about 50 items was passed on a vote of 615 in favor, 381 opposed.  Many of the items are infrastructure improvements for the schools.

About $60,000 will go to replace portable classrooms at Huckleberry Hill Elementary school.  At Center Elementary School, funding has been set aside to renovate two bathrooms and replace chairs and tables in the cafeteria.  The same upgrades will happen at Whisconier Middle School.  At Brookfield High School, a world language lab will be created using Capital Budget funding.

Some funding in the Capital Budget will go toward the purchase of patrol cars and body cameras for the Police Department.  Equipment for the volunteer fire companies is also included in the budget.

Funding for restructuring Brookfield's zoning laws, re-shingling the Gurski property and a planning study of the Library is also included. 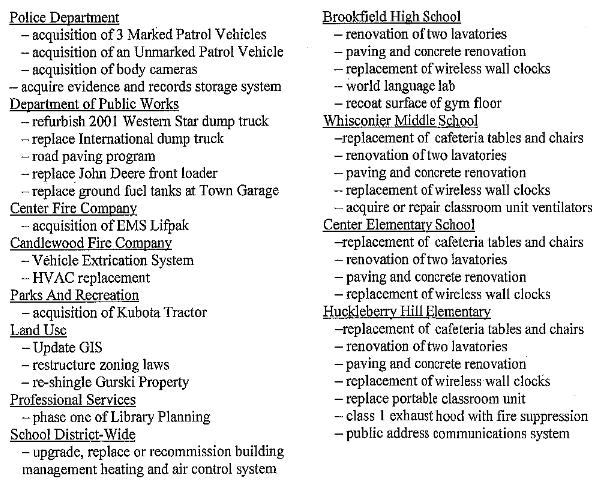