There was a large brush fire in New Milford last night.  It broke out around 11pm near Lovers Leap State Park/Indian Ridge Road.  The first crews on the scene said two acres were burning.  Mutual aid was called in from Northville, Gaylordsville, Brookfield, Washington because the fire was still spreading after about an hour.

The fire danger yesterday was listed as high.  That was due to lack of significant rainfall, the high heat and low humidity.  That all made for dried out underbrush.  Campfires and open burns are not permitted during high fire danger periods.

Water Witch Hose Co. #2 says an aggressive attack was made into the remote and steep terrain accompanied by man power from Northville and Gaylordsville Fire Departments, but the volunteer firefighters faces limited access and total darkness. The fire was fought through the night while crews awaited the support of state Department of Energey and Environmental Protection crews. 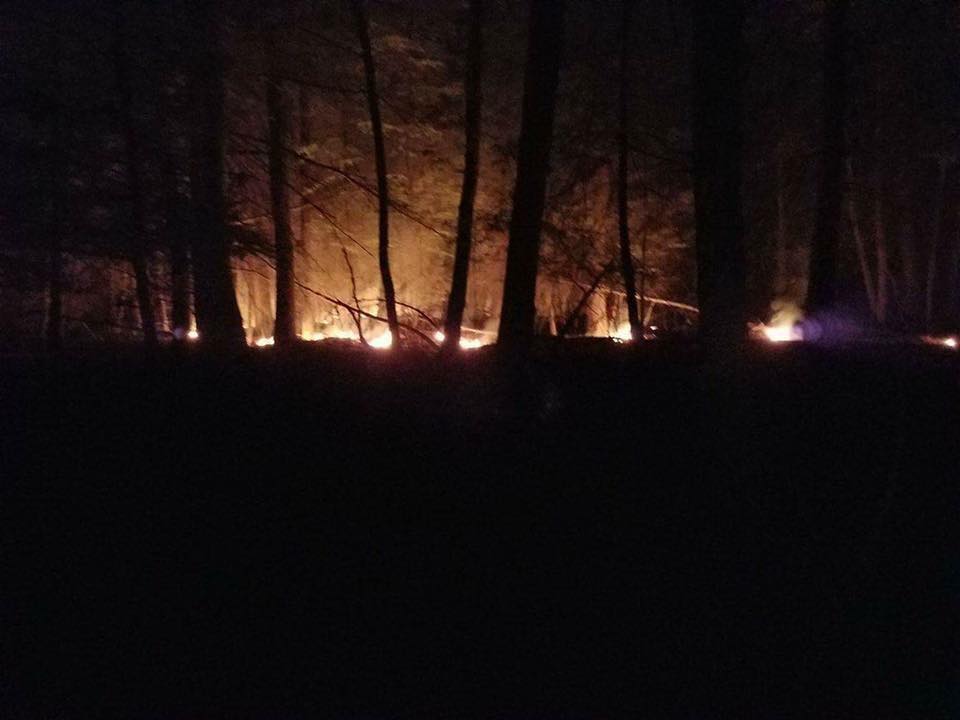 Lovers Leap will likely be closed Sunday as well as today. Gronbach says preliminary reports are that fireworks started the blaze.  He says negligent conduct has real world impacts on the people that have to respond. 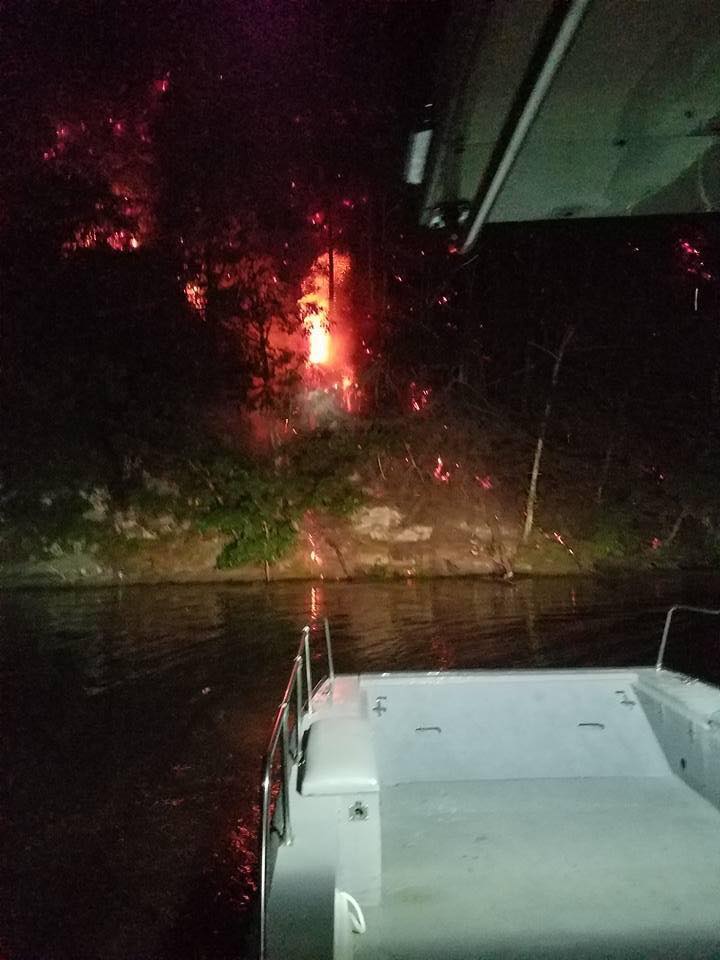 Marine 25 from Candlewood Company (Brookfield) attempting to gain access to the steep cliff side via the neck of Lovers Leap gorge.