The new Sandy Hook School in Newtown was opened to the community last night for an open house.  The building is on the same property as the school which was demolished soon after the shootings on 12-14, but not on the same footprint.  Superintendent Dr. Joseph Erardi was passed the baton to lead the district by Dr. John Reed.  The intermediate school is named for Reed.

Erardi says Public Building and Site Commission chairman Bob Mitchell built the school as if he was building his own home.  He thanked the Town of Monroe for allowing students a place to learn for three and a half years.

Erardi says that was the last year for AM and PM kindergarten.  The following year, the district moved to all day kindergarten.  The 35 morning kindergarten students on site on 12-14 are returning to a Sandy Hook School in Newtown for the first time since that day.  He sees this as a celebration because they are a high achieving school.
The most impacted students, those in 1st grade, are now in the intermediate school.

Erardi says they have provided additional resources to students who were in the school on 12-14.  Class sizes for the impacted grade levels will remain less than class size throughout the district.  He says they will continue to move resources on an "as need" basis.  The oldest student body from Sandy Hook School on 12-14 is in the 8th grade now, so resources have been moved to the intermediate school.  Over the first three years of the town's recovery, grants have enabled them to bring in the highest level of mental health providers.

About 60-percent of Sandy Hook staff is returning for opening day.  Erardi says the 40-percent not returning doesn't indicate those unable or unwilling.  There have been some retirements, and others who have resigned as they change profession.  But Erardi says there are a handful of staff members, because of their personal recovery, have chosen to be in a different school in the district.

Erardi says the intent of the building is to give a warm and comfortable environment for students.  He says he would be comfortable with his child attending Sandy Hook School.  He called it a safe environment with great teachers.  Erardi says this is an extraordinary place to be mentored, due in part to the faculty who has never lost sight of the impacted families. 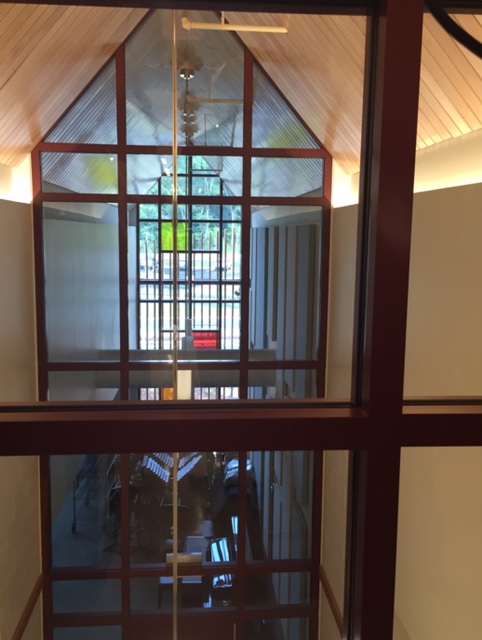 Matt Consigli says he was honored to be a partner in this special project.  Their goal was to create a warm and inspiring environment. He says they did that though care and craftsmanship in every aspect of the building.

First Selectman Pat Llodra says there was some initial discussion about renaming the school, but that was never seriously considered.  She says they are proud to be part of the Sandy Hook community, and the fact that a horrible thing happened there doesn't erase the wonderful things that have happened in the town's 300 year history.  Llodra says the design is a marriage between art and architecture, to honor everyone who walks through the doors.

The children participated in a program called Kids Build.  They learned about school construction and created images for the flags lining the driveway to the building. 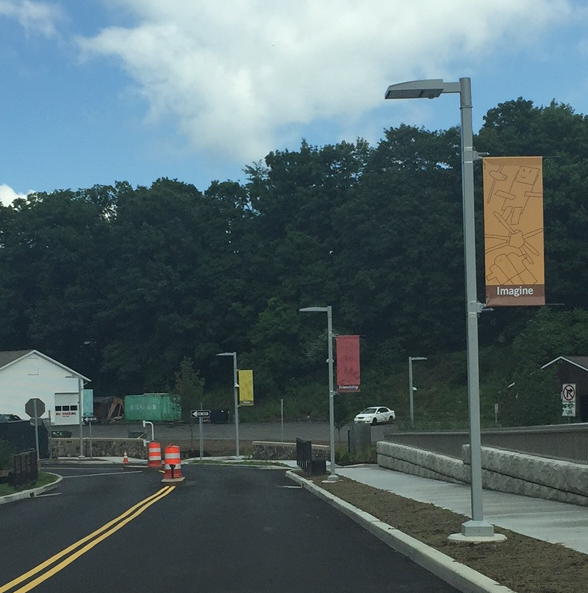 Barry Svigal did the design for the duck sculptures in the halls.  Shelley the Turtle was the school pet and relocated to new aquarium in the lobby. 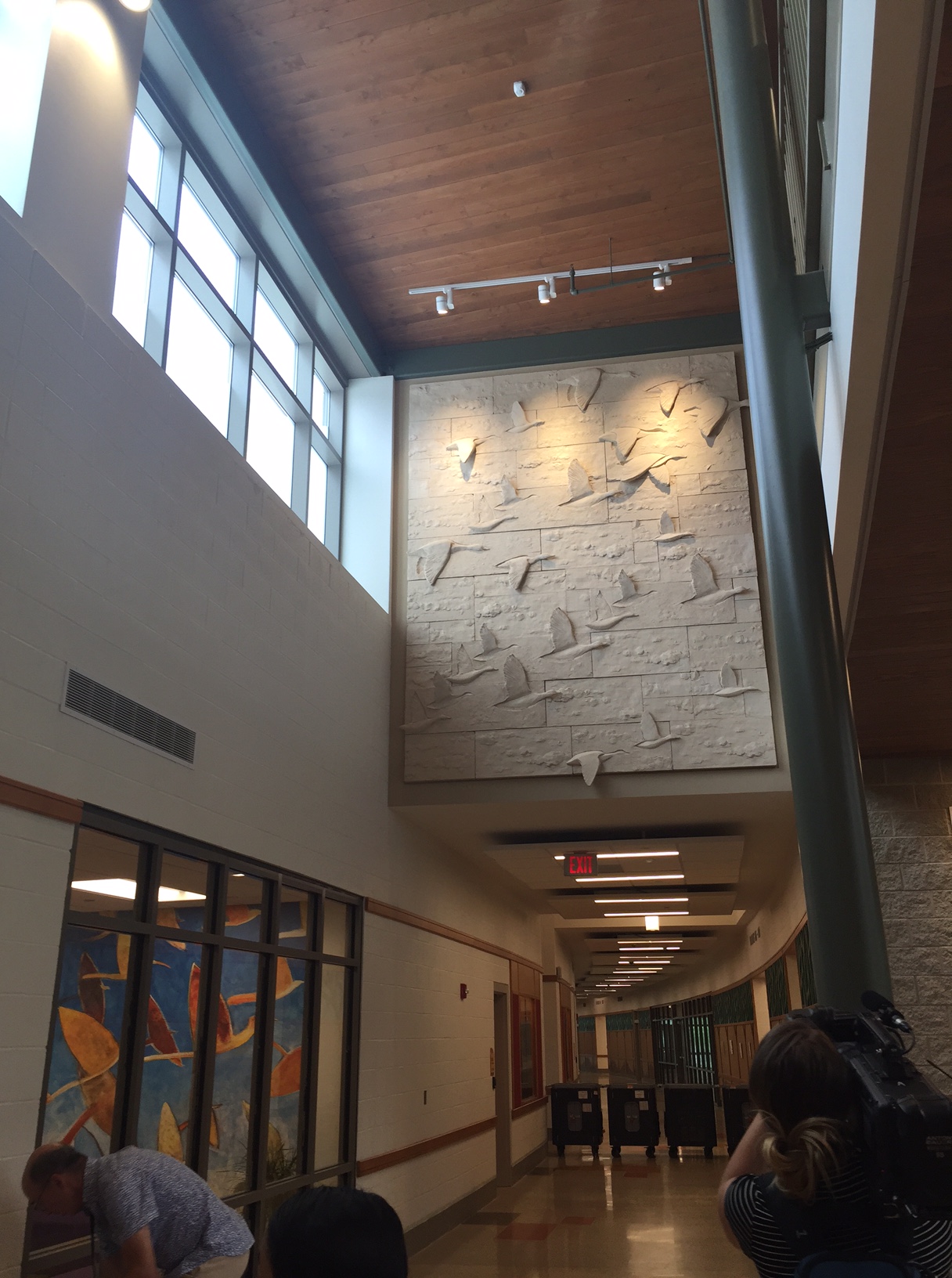 The school has a forest theme complete with sections created to resemble treehouses. Officials say it was designed to be attractive, environmentally friendly, conducive to learning and, above all, safe. 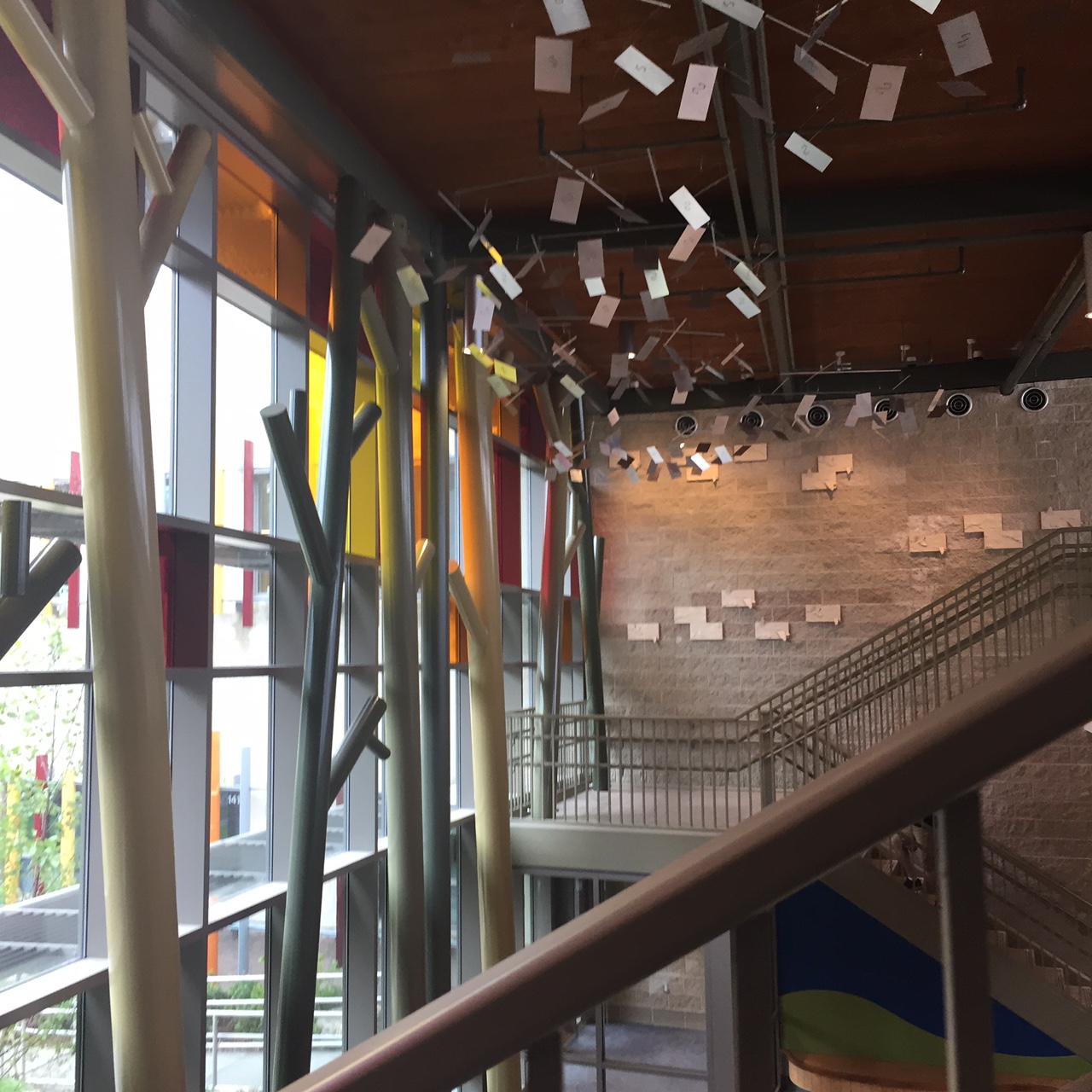 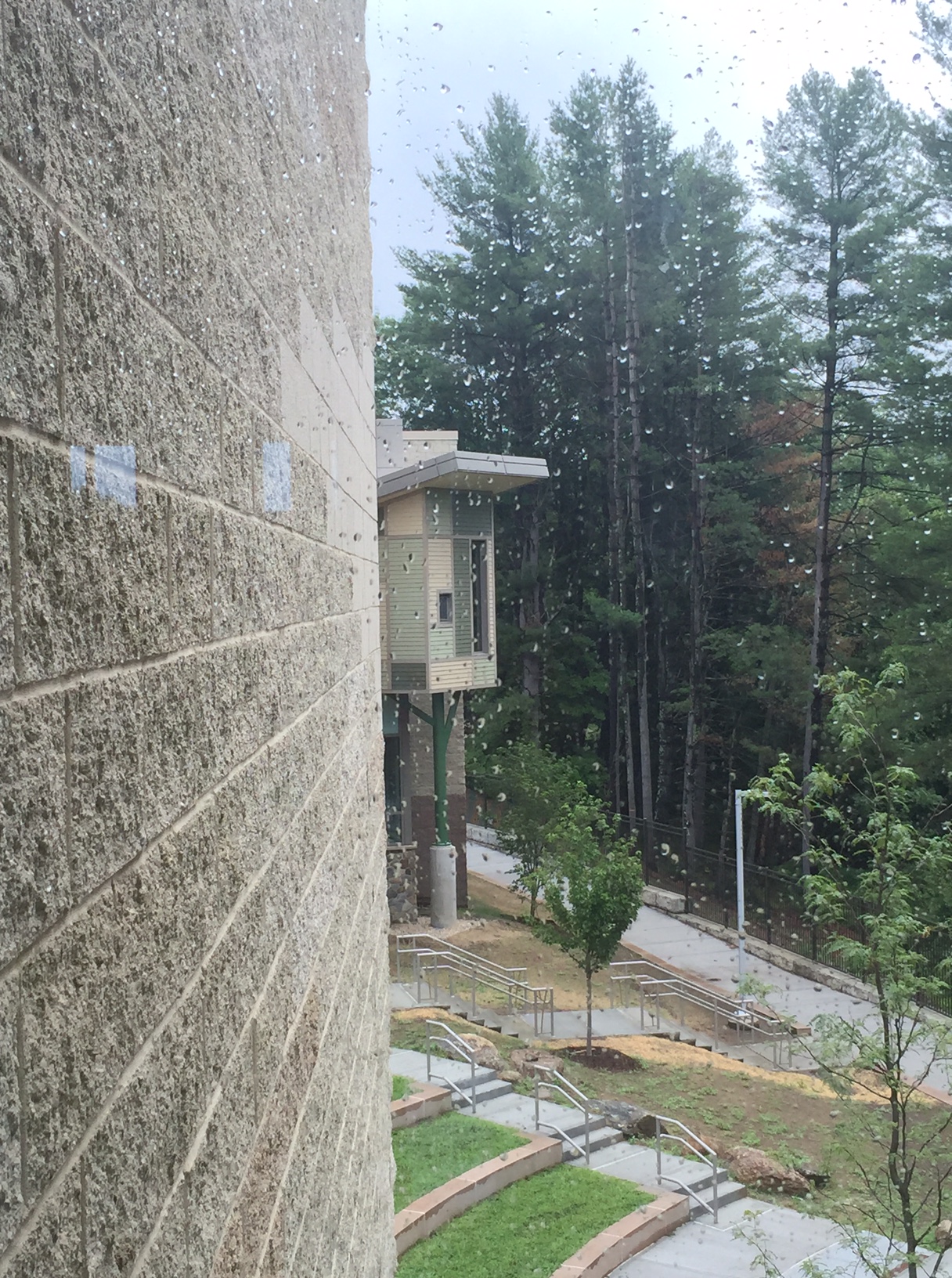 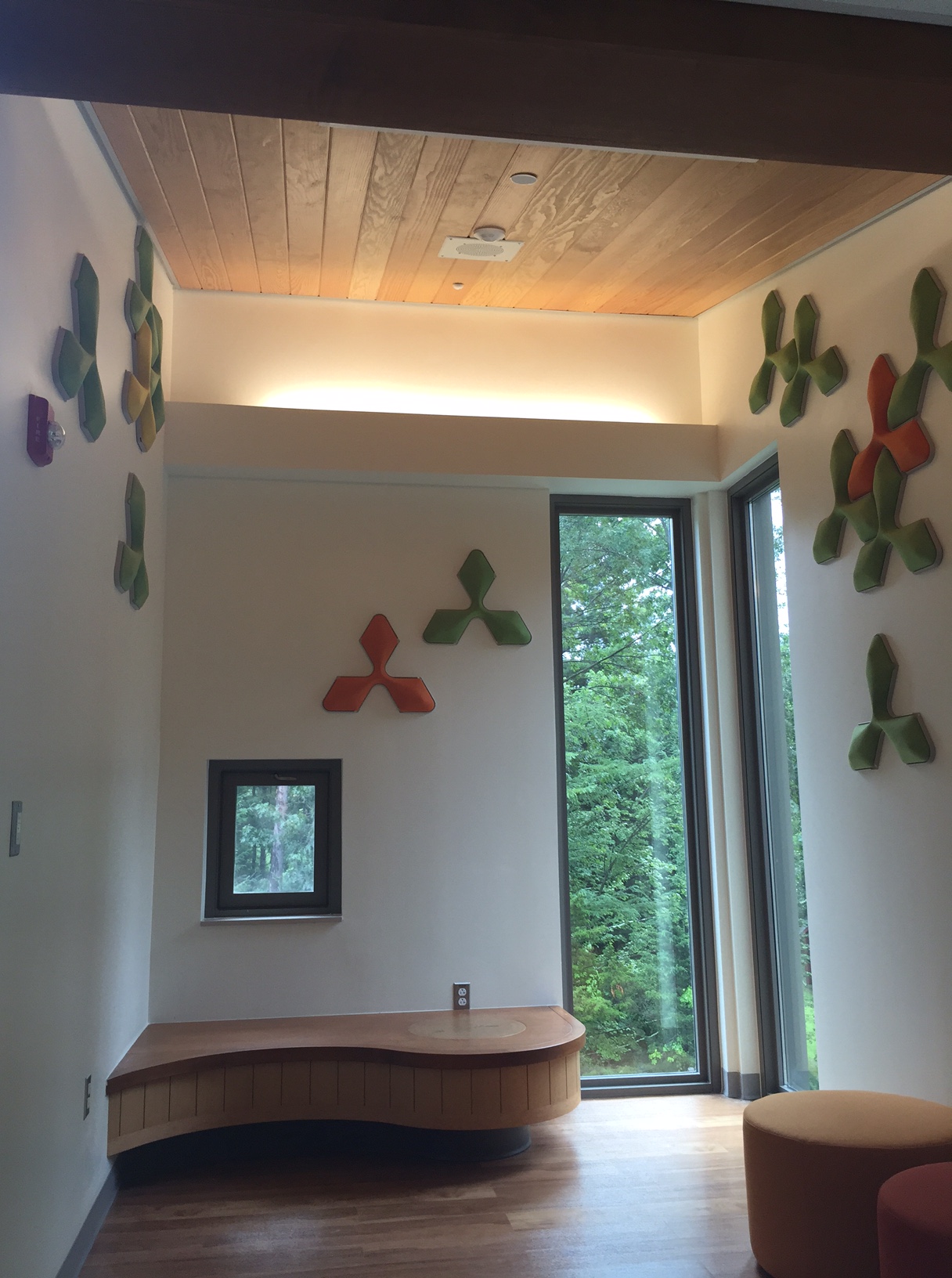 The "Be Kind" logo originates from the Ben's Bells projects, which now has a location in Bethel.  The organization was started in Arizona by a woman who lost a child to significant illness.  They promote kindness in communities where there has been a tragedy of some magnitude. 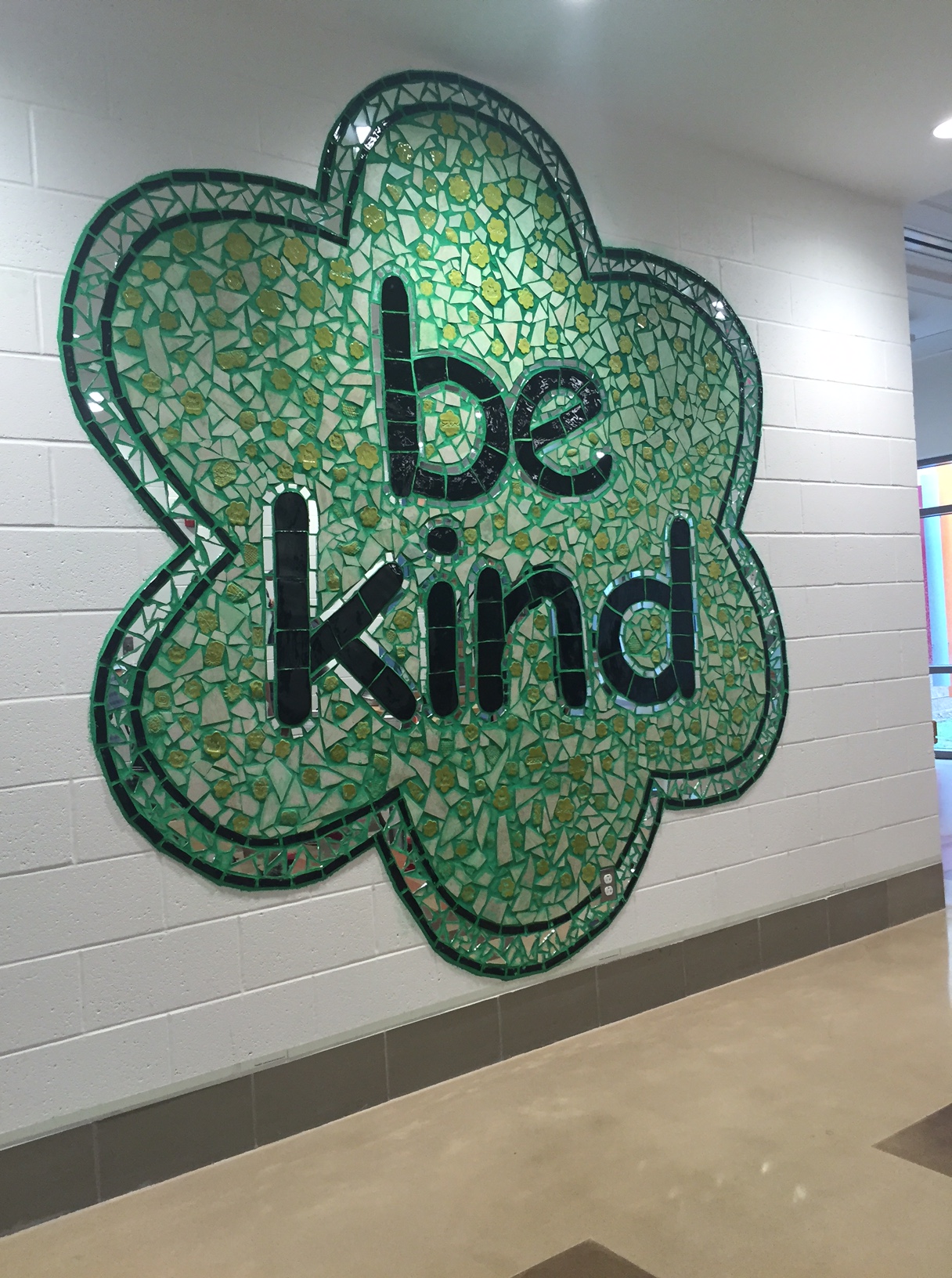 Llodra says the mural helps to convey that Sandy Hook School will be a a place that inspires kindness.  It's built upon the message of slain Principal Dawn Hochsprung to be nice to each other, that that is all that really matters.

Through the efforts of Principal Dr. Kathy Gombus, the staff and faculty constructed the logo as a focal point of the new building.  She says kids made all of the pieces last year.  The staff put the mural up when they school year ended.  Several of the schools in the district are "Be Kind" schools.  Prior to taking the helm at Sandy Hook School, Gombus was principal at Johnson School in Bethel.  That school was also a "Be Kind" school.