Posted About Six Years Ago by WLAD Newsroom, AP

State police are searching for a suspect after a person was shot during a home invasion in Bridgewater.

Trooper Kelly Grant says officers were called to the home on South Main Street shortly after 3:30 am on Thursday. The shooting victim, who was said to be alert when police arrived, was taken to Danbury Hospital for treatment and was not immediately identified. 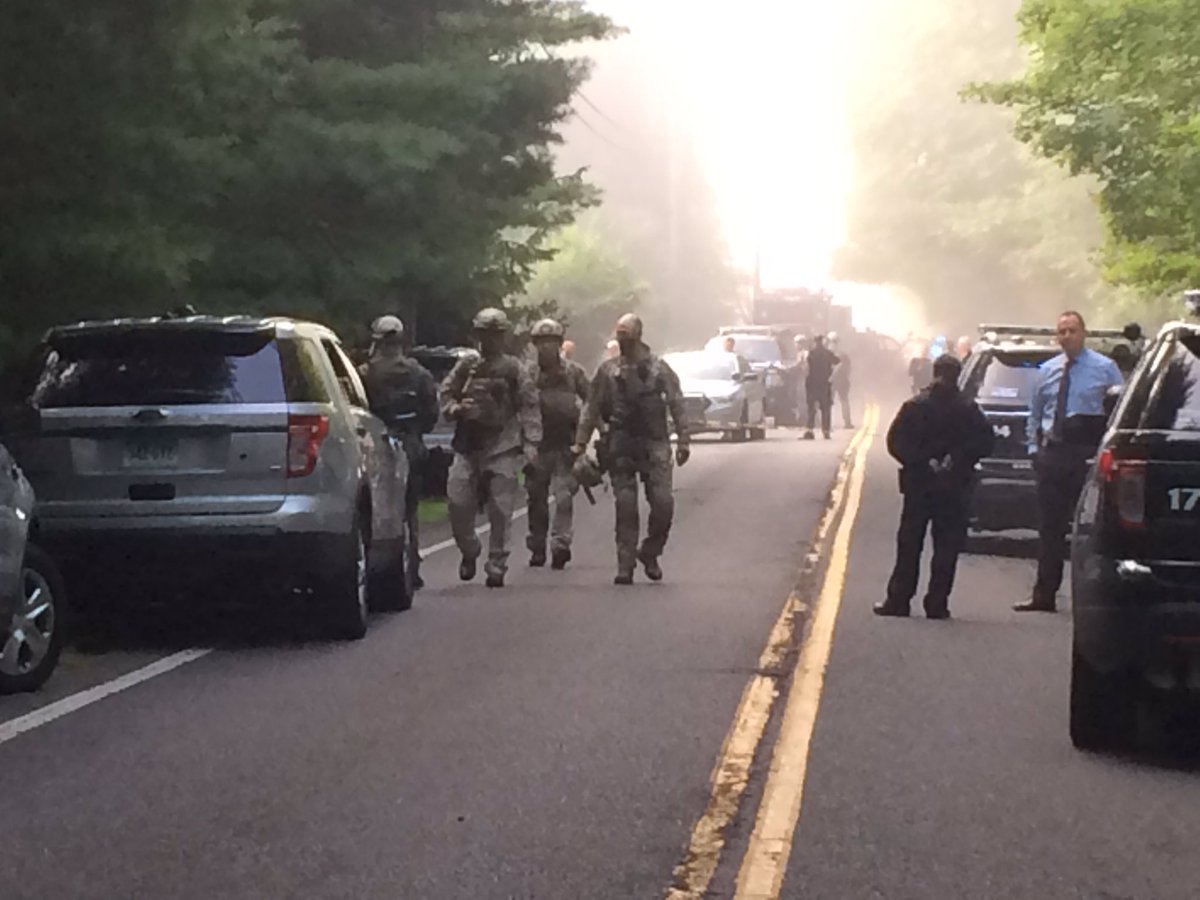 A police tactical unit was searching the nearby woods where the male suspect may be hiding.  K9s, police from surrounding towns and the Western District Major Crime Squad assisted.

The suspect was described as light skinned or Hispanic man.

A car that was found in the driveway of the home where the attack took place was seen speeding on Route 7 in New Milford before the home invasion.  An officer attempted to stop the Subaru but the driver did not pull over and the officer ended the pursuit, police told Hearst Connecticut Media.

While on scene troopers located a vehicle reported stolen out of New York State on South Main Street in Bridgewater, and are working to confirm if it is related to the home invasion.

Grant says a firearm has been recovered.  A shotgun was found a little ways down the road from the home invasion.

Town officials said the assailant apparently attempted to switch vehicles after hitting a construction roadblock.  Selectman Alan Brown told the Hearst group that they have some peace of mind knowing it was not a target, but bad luck that the escape route came through Bridgewater.

A vehicle was reported stolen from a residence not far from the home invasion scene.  Grant did not immediately have a description of the vehicle.  The stolen vehicle was found on North Main Street in Waterbury.  State Police are working to determine if that stolen vehicle is related to the original Bridgewater investigation.

Grant says Troopers believe the suspect is no longer in the area of South Main Street in Bridgewater.  Troopers are following other leads in an attempt to locate the suspect.