Despite an attempt to separate out some proposed items into their own bond package, the Danbury City Council did vote to pass the $10 million question on to residents in November.

Some members wanted to pull out $1.6 million for design and construction plans for a walled garden at Hearthstone Castle at Tarrywile Park along with related safety repairs.  Some Councilmen also wanted the $950,000 allocation for Richter Park golf course improvements and renovations to the Richter House mansion to be in a separate question with the Tarrywile funding .  The Richter Park money would cover structural, environmental, utility and code related issues.

City Council President Joe Cavo says he sees all of the items as infrastructure projects.  He said while on the surface it might make sense to try to break out the Richter Park and Tarrywile Park portions as recreational.  But he says the projects themselves are infrastructure improvements.  He called Hearthstone Castle a problem, which will be a bigger problem if someone gets hurt.

Councilman Vinny DiGilio says the proposed garden is a working commitment to the park, done in collaboration with the Tarrywile Park Authority.  He says the process and studies the City has put forth resulted in this bond request.  DiGilio says those plans are coming to fruition, and were based on third party professional recommendations.

DiGilio says the City has significant data that shows what's at risk in not addressing the crumbling structure.  He says the remediation work that needs to be done outweighs any recreational benefit from trying to save the derelict castle.  The outer walls are all that is left of the 1897 house after years of neglect saw the roof and internal structure collapse into the basement. 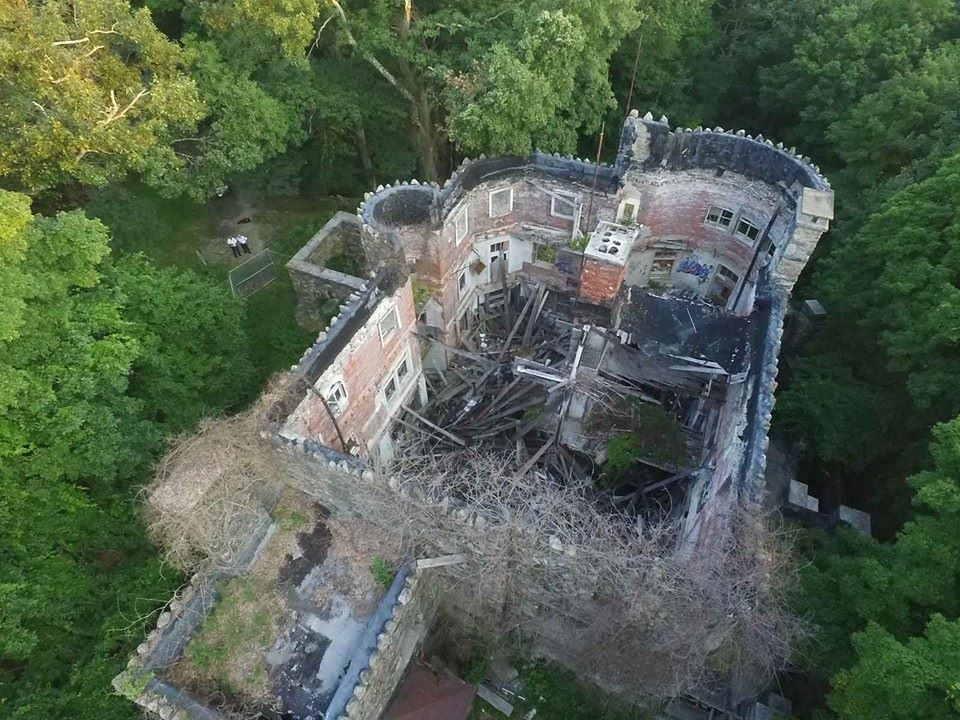 When it comes to the funding for improvements to Richter House, DiGilio says the Richter Park Authority is doing the responsible thing in trying to generate stand alone revenue streams to keep it operational.  He doesn't want that bond request jeopardized by lumping the funding in with money for Tarrywile Park.

Last August, the estimate of turning the walls back into a fully rebuilt castle was about $10 million.  There are no utilities at the site, making new uses limited.

Hearthstone Castle was built for E. Starr Sanford by New York architect Earnest George Washington Dietrich.  The land was bought in 1902 by New York financial mogul Victor Buck, who sold the castle in 1918 to Charles Darling Parks.  His oldest daughter occupied the castle until her death in 1983.  The City purchased it as part of the acquisition of the Tarrywile property in 1985.