On one of the most humid days of the year so far, a hot riding mower parked inside a Newtown garage ignited a fire which left the garage gutted.  Hook & Ladder and Hawleyville firefighters responded to a home in the Shade Rest section of Sandy Hook Saturday afternoon. 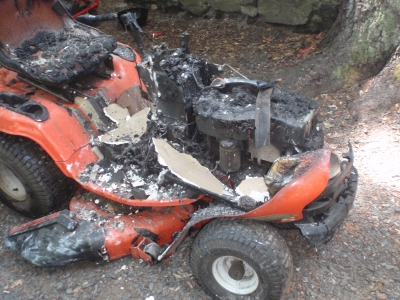 Firefighters found heavy black smoke coming from the garage on Overlook Knoll.  The garage doors were closed so firefighters wen in through the home's front door.  The fire spread to other nearby objects and smoke entered the home. Firefighters were able to contain the flames to the garage.

Three people home at the time were outside the house when firefighters arrived. 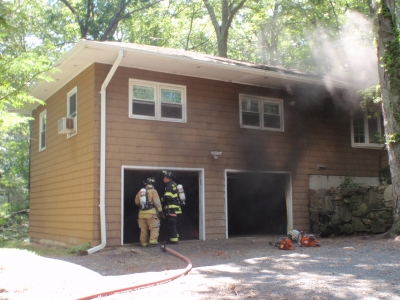 About 250 gallons of water was used to douse the blaze. Firefighters were able to prevent several cans of stored gasoline from igniting.  The fire did not cause any structural damage to the home.