Trooper Louis Godfroy, IV and his new canine partner, Graydon were among the graduates.   Trooper Godfroy and Graydon will be station at the Brewster barracks.

The Dutch Shepherd is two years old.  His specialty is in Narcotics Detection, Tracking and Handler Protection. 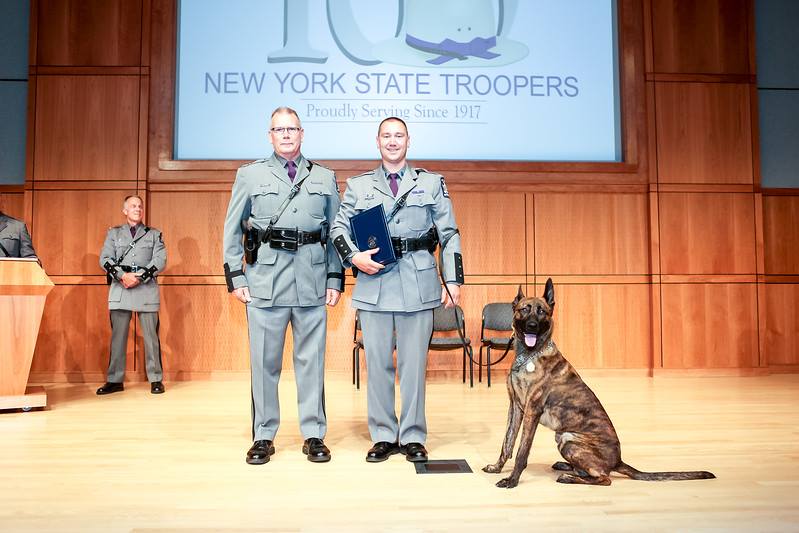 Graydon is named after Trooper William Graydon, who died in 1938 at the age of 22 as a result of a motor vehicle accident en route to the Troop K Headquarters.  The car left the roadway and struck a tree head-on killing Trooper Graydon instantly.