A racial slur and a swastika were found spray painted across a New Milford business this morning.  David and Senka Thompson recently opened Thompson's restaurant on Kent Road in New Milford.  One of their daughter's teacher called early this morning to alert them to the vandalism. 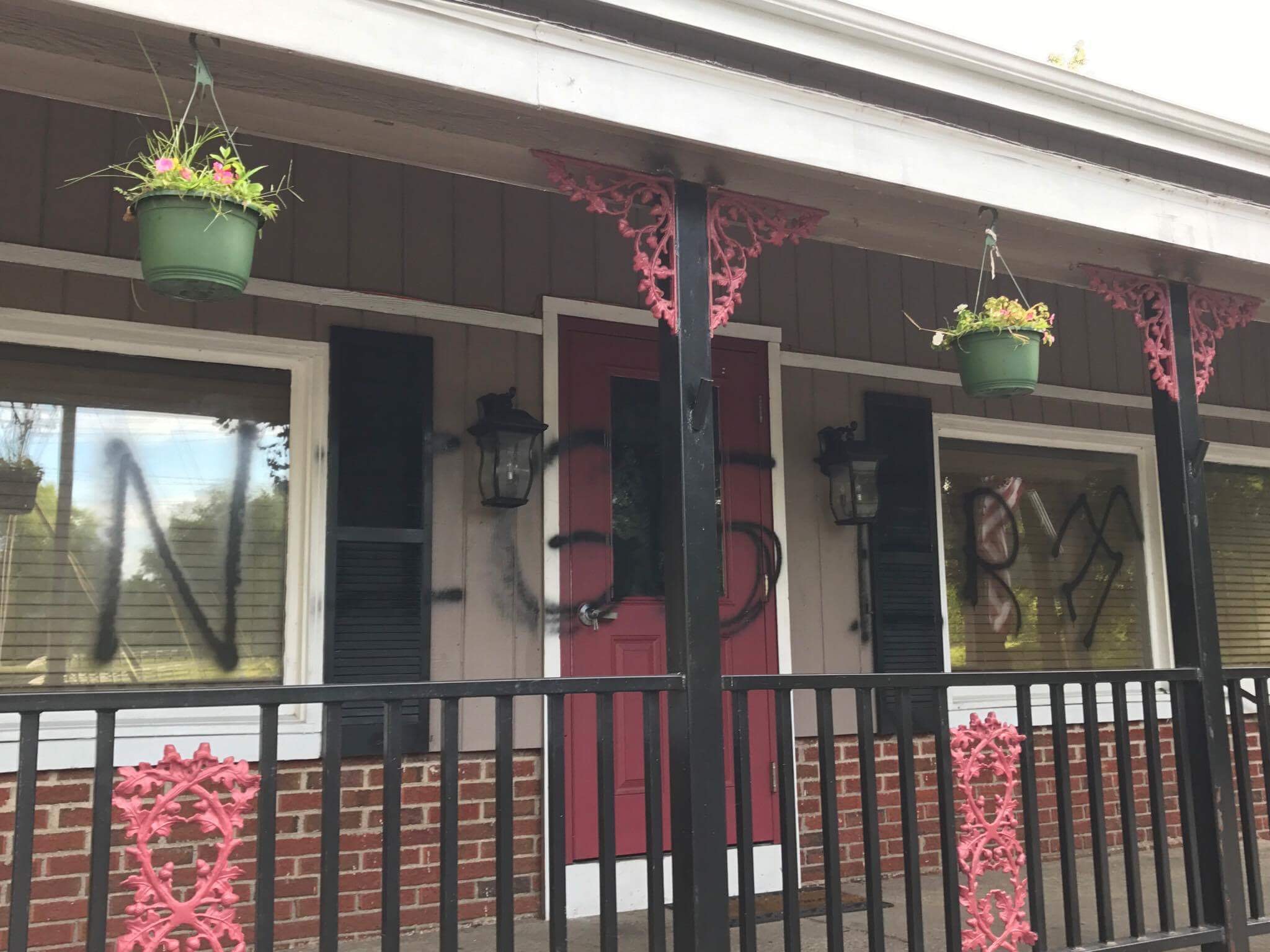 The couple opened the restaurant nine weeks ago.

The couple recently moved to Sherman from New York City and opened in the former Bridges Tavern & Restaurant to offer southern comfort food.

David Thompson is a Connecticut native, who has extended family in the south, and 15 years restaurant experience.  He is a volunteer firefighter in Sherman.  Senka Thompson came to America from the war-torn part of Yugoslavia that’s now Bosnia.  They have three daughters, ages 16, 11 and 4.

Senka Thompson says it's been uplifting to see the amount of support they are receiving from the community.

Mayor David Gronbach issued a statement saying that he is disgusted the hatred seen elsewhere in the country has appeared in New Milford. In the wake of Charlottesville, he posted “Hate Has No Home Here”, but today he found out that there are people in the community who hate based on skin color or ethnicity or religion.

He said that while hate may live in the hearts of some in the community, New Milford gives it no shelter and no safe harbor.  He noted that the full weight of police resources will be used to find and punish any person associated with the hate crime.

Gronbach called on New Milford to come together to not only denounce this expression of hate, but to beat it back into the furthest recesses of the twisted heart that harbors it.  He then addressed the community at large, specifically African-Americans, Hispanics, Jewish, Muslim, LGBTQ, and anyone else against whom the expression was meant to intimidate, saying that "Hate Has No Home Here".