Two Danbury Police officers have been promoted to the rank of Detective.  Ralph Anderson and John Basile were sworn in to the roles this morning.  Mayor Mark Boughton told the City Council last night that he was very impressed by their interviews.

John Basile is a member of the SWAT team and member of the honor guard.  He joined the Department in 2006.  Basile has received numerous letters of appreciation and commendation as well as several awards for his service including a Meritorious Citation in 2009 and in 2015.  He also received the Exceptional Police Service Award in 2011 and 2012.

Ralph Anderson joined the Department in 2004.  He is a Field Training Officer and a member of the Honor Guard and the Community Conditions Unit.  Anderson has received numerous letters of appreciation and commendation.  He received a Meritorious Citation in 2013 and 2014. 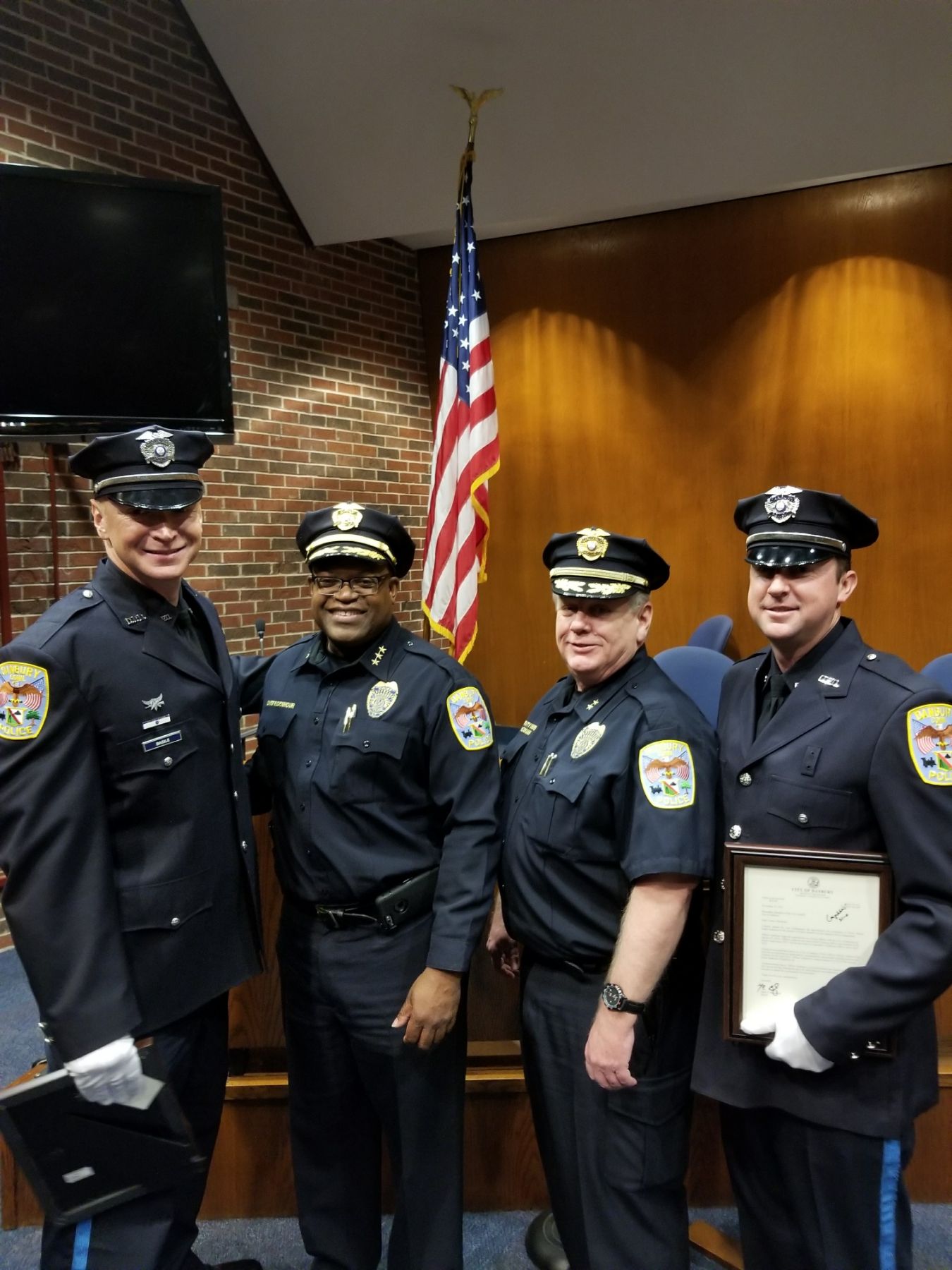