While out searching for a missing man in Danbury last night, a State Police K9 went missing.  State Police were assisting Danbury to look for the missing adult male in the area of Wooster Mountain.  The man was subsequently located by K9 Zeus and was walked out of the woods.

A State Police handler lost his footing while negotiating steep terrain during the search and lost hold of a 15 foot leash.  K9 “Texas”, a Bloodhound, was pulling strongly up the slope and continued tracking up the ledge.  When the Trooper reached the top of the hill, "Texas" was not in sight. 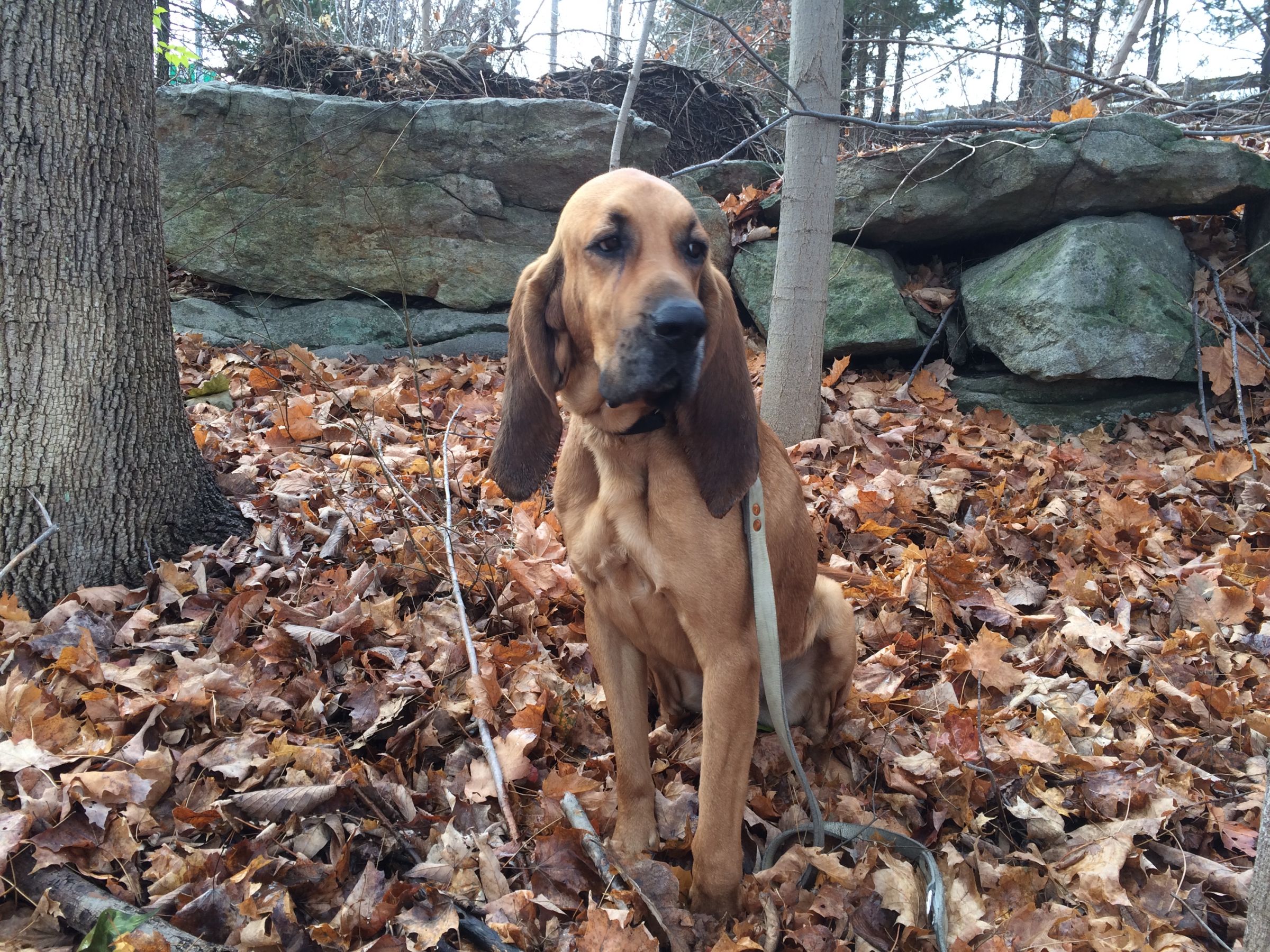 As of 10am Thursday, "Texas" has not been located.  The non-aggressive, brown bloodhound was wearing a green tracking vest.  State Police K9 Teams with the assistance of the Danbury Police and Fire Departments, are continuing their search for Texas this morning.

K9 Texas has been assigned to Trooper First Class Edward Anuszewski at Troop A in Southbury since August 2016.  In May, they became a nationally certified Bloodhound K9 team.