The search was suspended last night for a Connecticut State Police bloodhound missing after being involved in the search for a man in Danbury.  The search will pick back up at 7am for K9 Texas, who was part of a search party Wednesday evening in the Wooster Mountain-Sugar Hollow Road area.

Another bloodhound, Zeus, located the missing man, who was brought safely out of the woods. 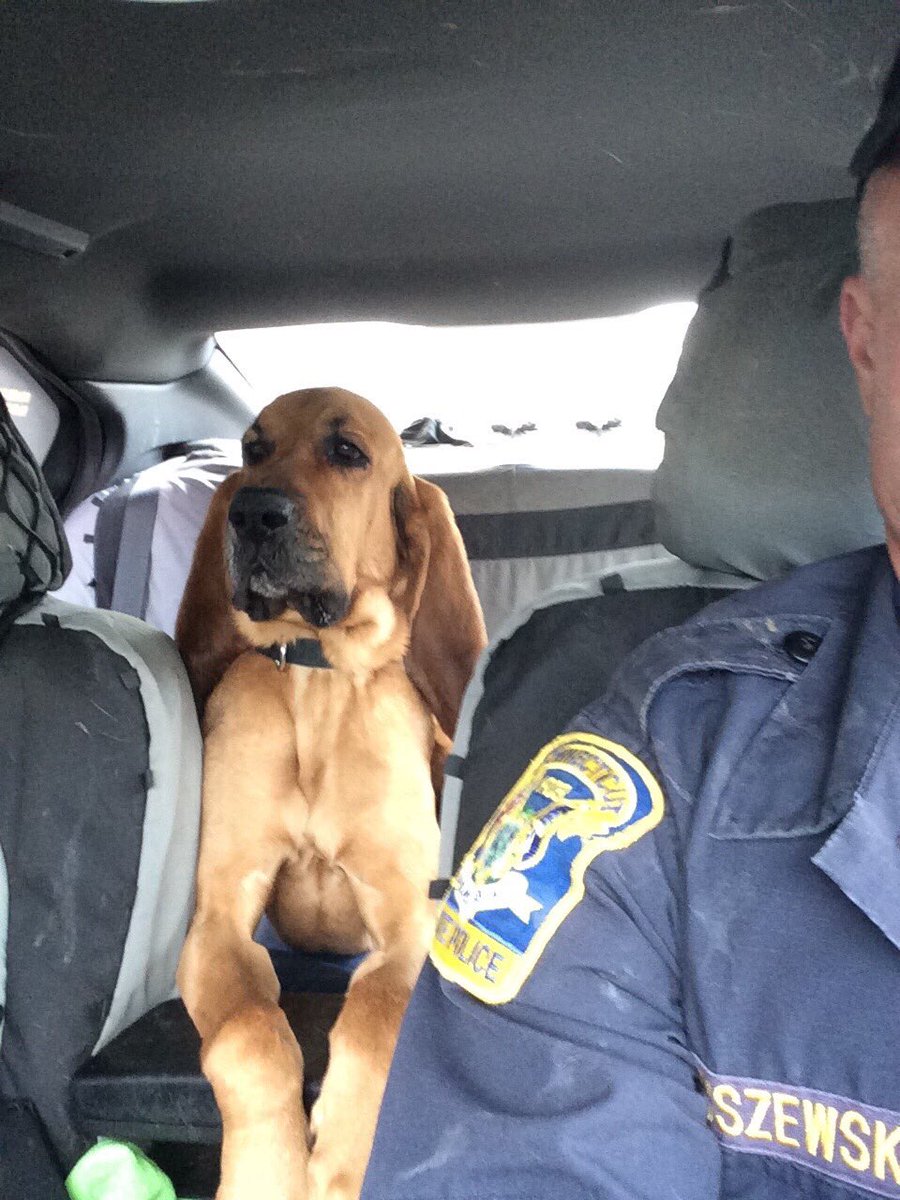 A handler lost his footing on the steep terrain and dropped the 15-foot leash connecting the trooper to Texas.  The dog continued tracking up the ledge, but when the trooper reached the top of the hill, Texas was nowhere in sight.

The non-aggressive, brown bloodhound was wearing a green tracking vest.

K9 Texas has been assigned to Trooper First Class Edward Anuszewski at Troop A in Southbury since August 2016.  In May, they became a nationally certified Bloodhound K9 team.