There was a brush fire in New Milford on Friday evening.  The fire was reported in the area of Dike's Point around 5:30pm.  The New Fairfield Volunteer Fire Department's marine boat has water pumps and supplied water from Candlewood Lake.  Brookfield Volunteer Fire Department provided mutual aid with boats on the scene until about 8pm, after which State resources helped fight the fire into the night.

FirstLight Power Resources has filed an incident report with the Federal Energy Regulatory Commission about a wildfire on their property Friday.
The Dike was undamaged and there were no reported injuries.  Around 9 o'clock that evening, fire officials told FirstLight employees that firefighters would be onsite for a couple of more hours, and then two members of DEEP would monitor the site overnight for flare ups.  Firefighters returned at 5am Saturday to wet down the area and pick up the hoses.
The fire was contained to the hillside but burned about 1.5 acres. 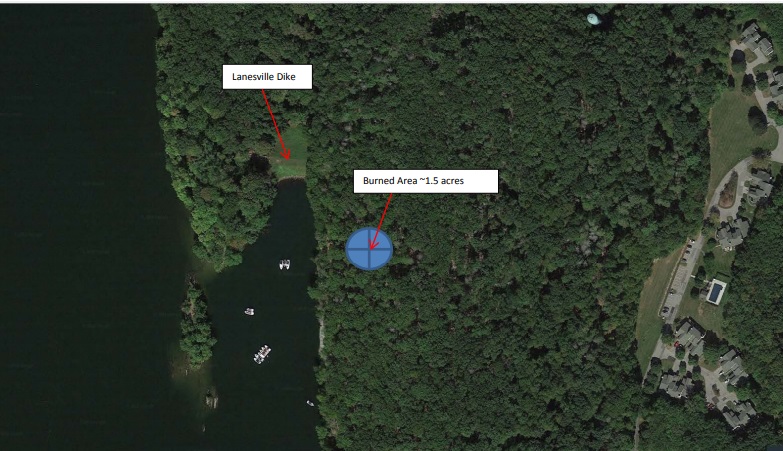