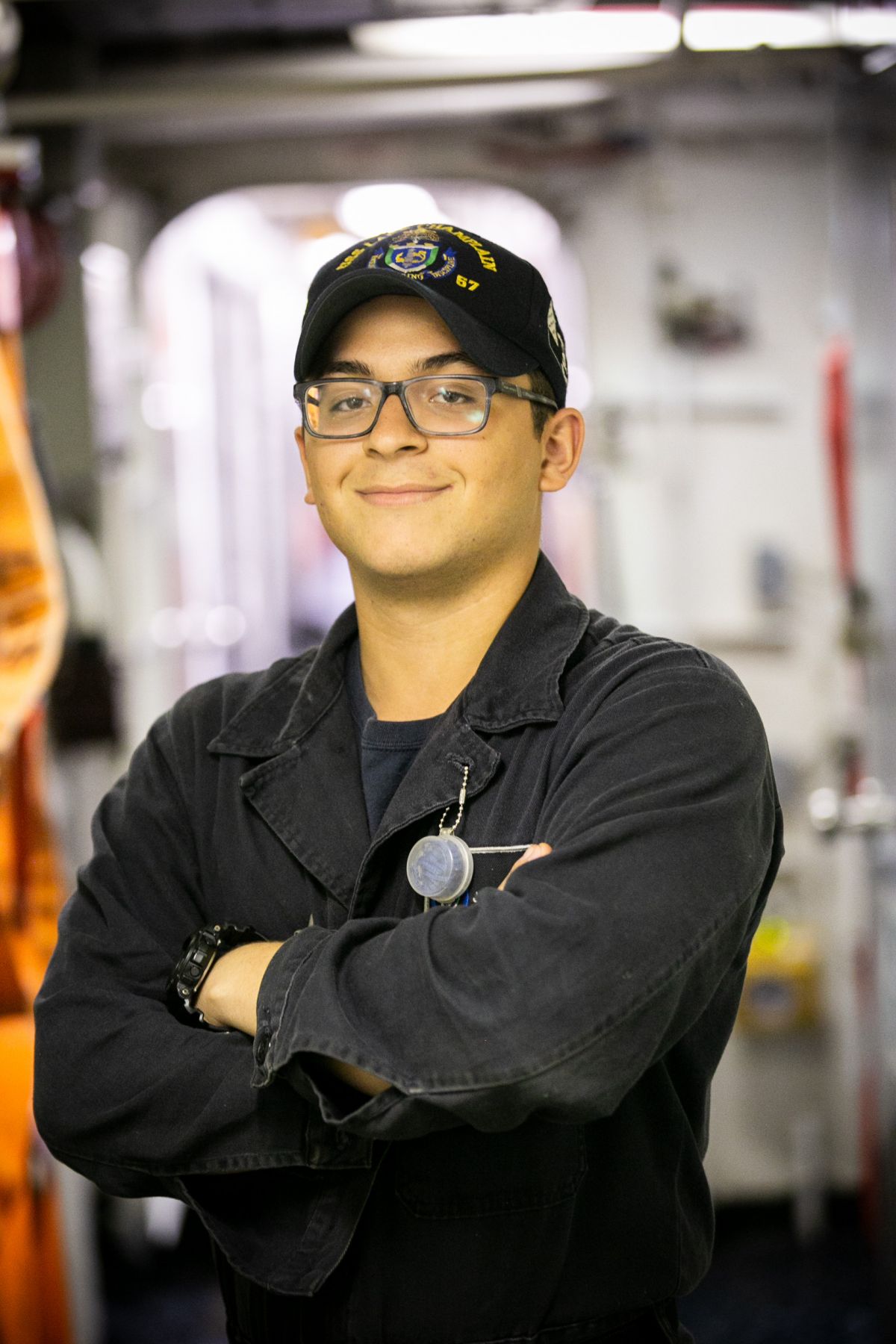 A 2016 Danbury High School graduate is serving in the U.S. Navy as part of the world’s largest international maritime warfare exercise, Rim of the Pacific.  Fireman Jerjes L. Almanzar is a gas turbine systems technician aboard USS Lake Champlain, currently operating out of San Diego.  He is responsible for the repair and maintenance om the ship’s engines and generators.

The Danbury native says he learned that if you start something you have to finish it, and to take one step at a time.

RIMPAC 2018 is the 26th exercise in the series that began in 1971.  26 nations, 46 surface ships, five submarines, and more than 200 aircraft and 25,000 personnel will participate in the biennial Rim of the Pacific Exercise.  Mass Communication Specialist 1st Class Electa Berassa, Navy Office of Community Outreach provided information on the warfare exercise.