A dog named Alabama who belongs to a Western District Major Crimes detective in State Police was in the office yesterday and served as a mascot for the Southbury Barracks.  A State Police spokesperson says even though Alabama isn’t a sworn Police K9, he plays a vital role in helping individuals who come to the barracks dealing with extremely difficult situations to feel at ease, especially kids accompanies by their parents. Many of the troopers and detectives working at Troop A were involved in response to the Sandy Hook tragedy, so at the discretion of Supervisors, their 4 legged friends can accompany them to help out around the office. 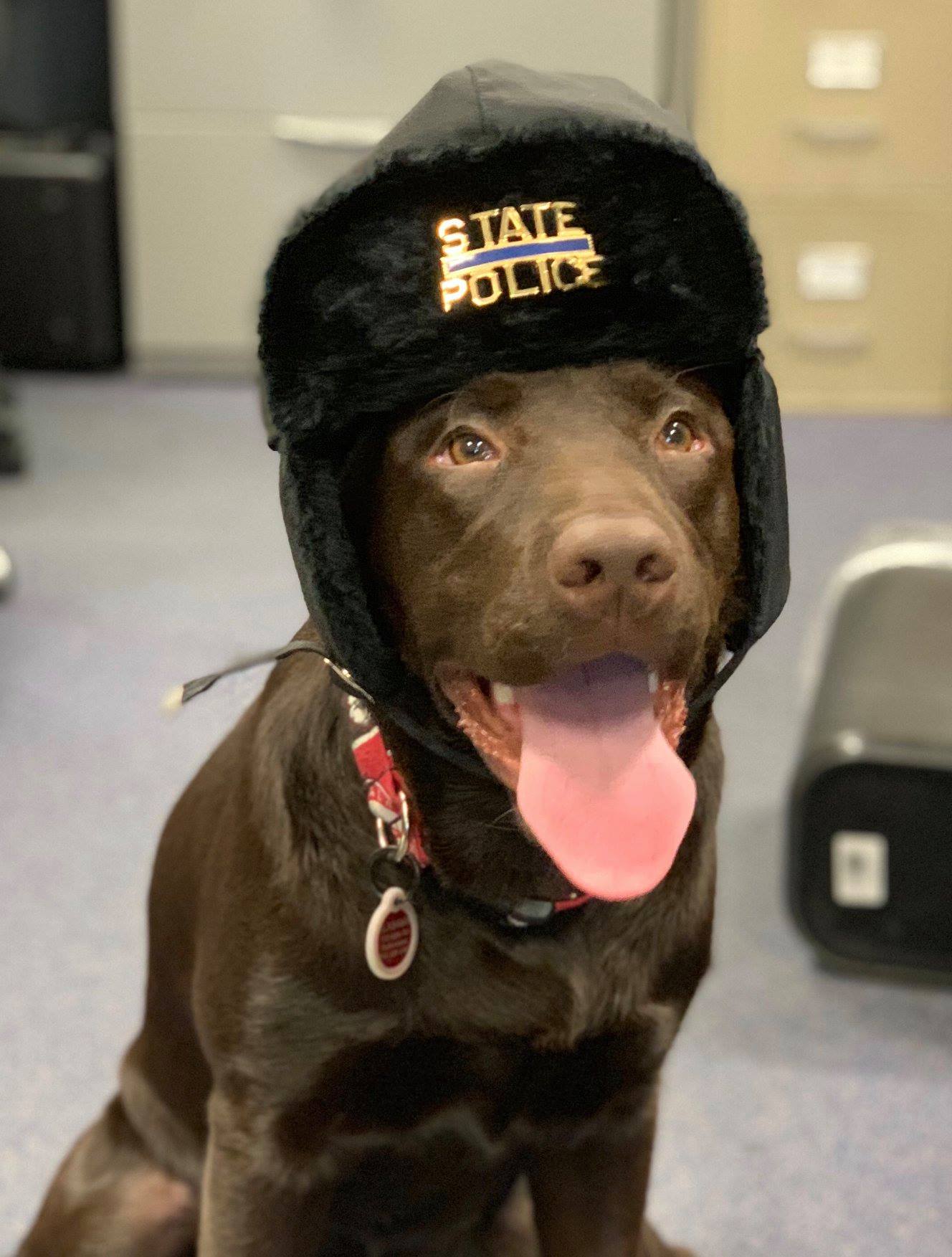