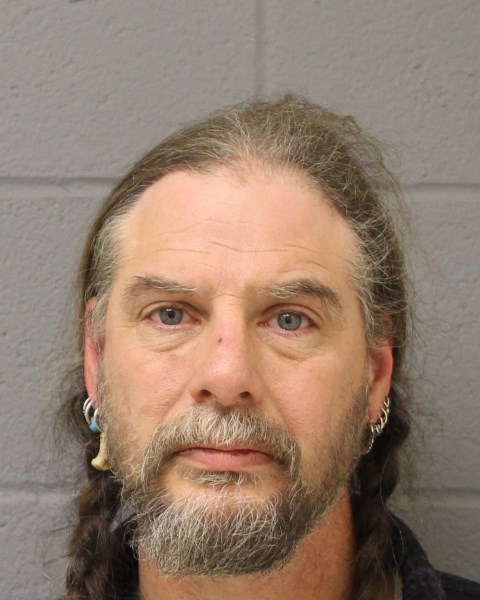 A man running in and out of traffic shouting at people in Newtown yesterday evening has been arrested on home invasion and other charges.  Officers were able to locate the suspicious person within minutes of receiving 911 calls from people in the area of Rams Pasture and Route 25.

While 52-year old Andrew Robbins of Newtown was being detained near Sugar Street, officers heard a woman yelling from a nearby house.  She reported that the man had just kicked in her front door in and entered her home.  The woman was able to push him out and hit him with a fire poker.

He had a spring loaded knife in his possession.  Robbins was charged with home invasion, criminal trespass, breach of peace, carrying a dangerous weapon, possession of marijuana and possession of drug paraphernalia.  He was held on $100,000 bond.