There was a three-alarm fire in Danbury last night.  Several people called 911 shortly before midnight about smoke coming from a one-story commercial building on Lake Avenue near Hobson Street.

Mutual aid from Bethel, Brookfield and Ridgefield Fire Departments along with help from Danbury Police, Danbury Hospital EMS, and Danbury Emergency Management was called in.  Crews battled the frigid temperatures for a few hours until the situation was deemed under control. 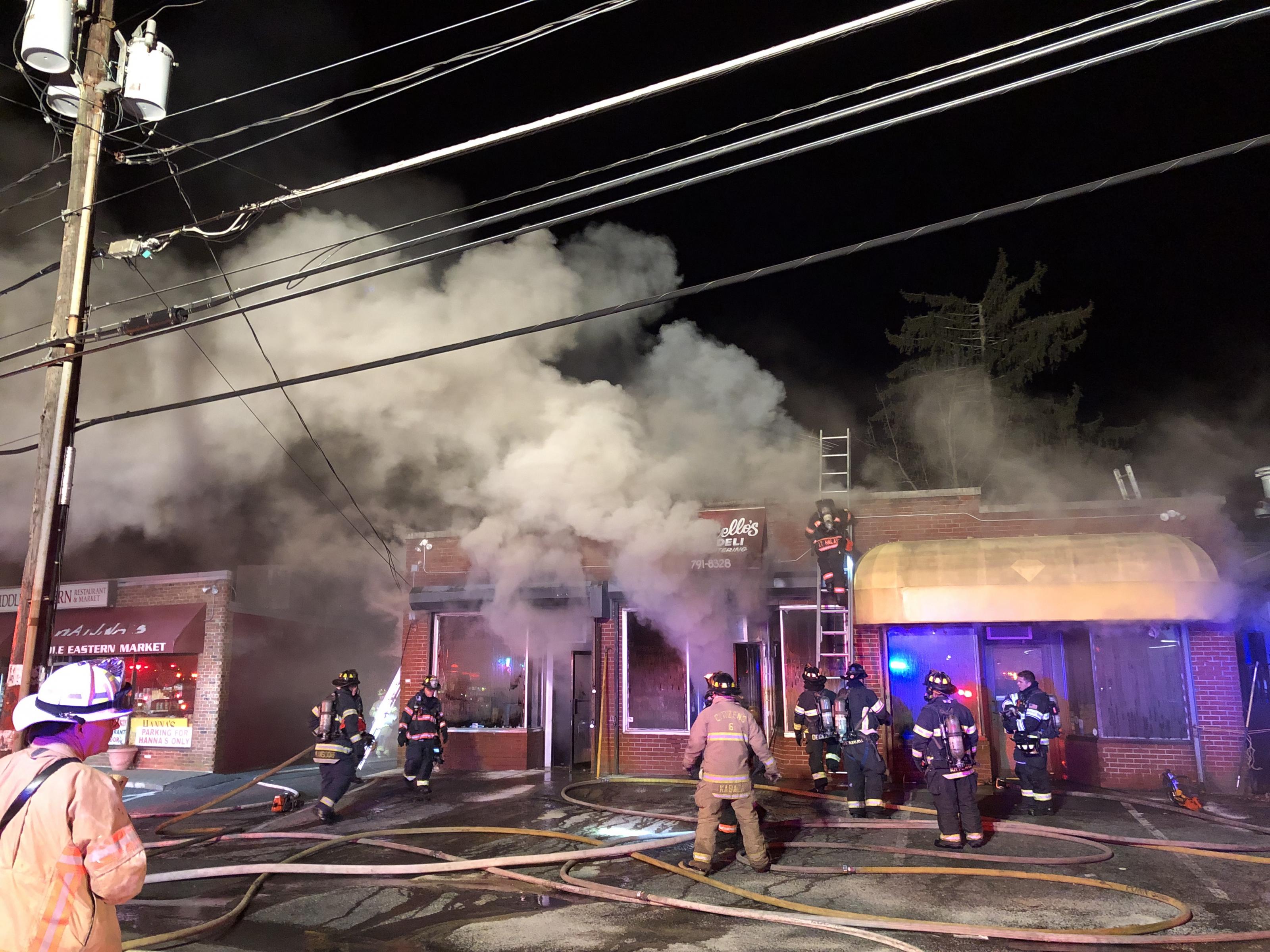 Danbury Public Works responded to the scene to assist with icing conditions.

There was no one at the deli at the time of the incident. No injuries were reported and the Danbury Fire Marshal’s Office is investigating the cause, which is undetermined at this time.