The driver of a car that rollover during a crash on I-84 in Danbury late last night was allegedly intoxicated and had a suspended license.  The car's occupants weren't immediately located at the accident site, eastbound by exit 3.  The vehicle, 300 feet of guard rail, and a highway light pole were found by emergency responders severely damaged around 11:30pm.

Crews started searching the the woods and wetlands area along the highway, using Thermal Imaging Cameras, hand lights and scene lighting from Rescue 1.

The first victim was located in a shallow depression about 75 yards from the scene of the accident.  The 33-year old New Haven man was helped to the roadside for treatment.  A second victim was found 25 to 30 yards from the first victim, in a pool of water with a minor head injury along with signs of moderate to severe hypothermia.

The 29-year old Uncasville man was brought up the steep embankment and both were then transported to the hospital under advanced life support. 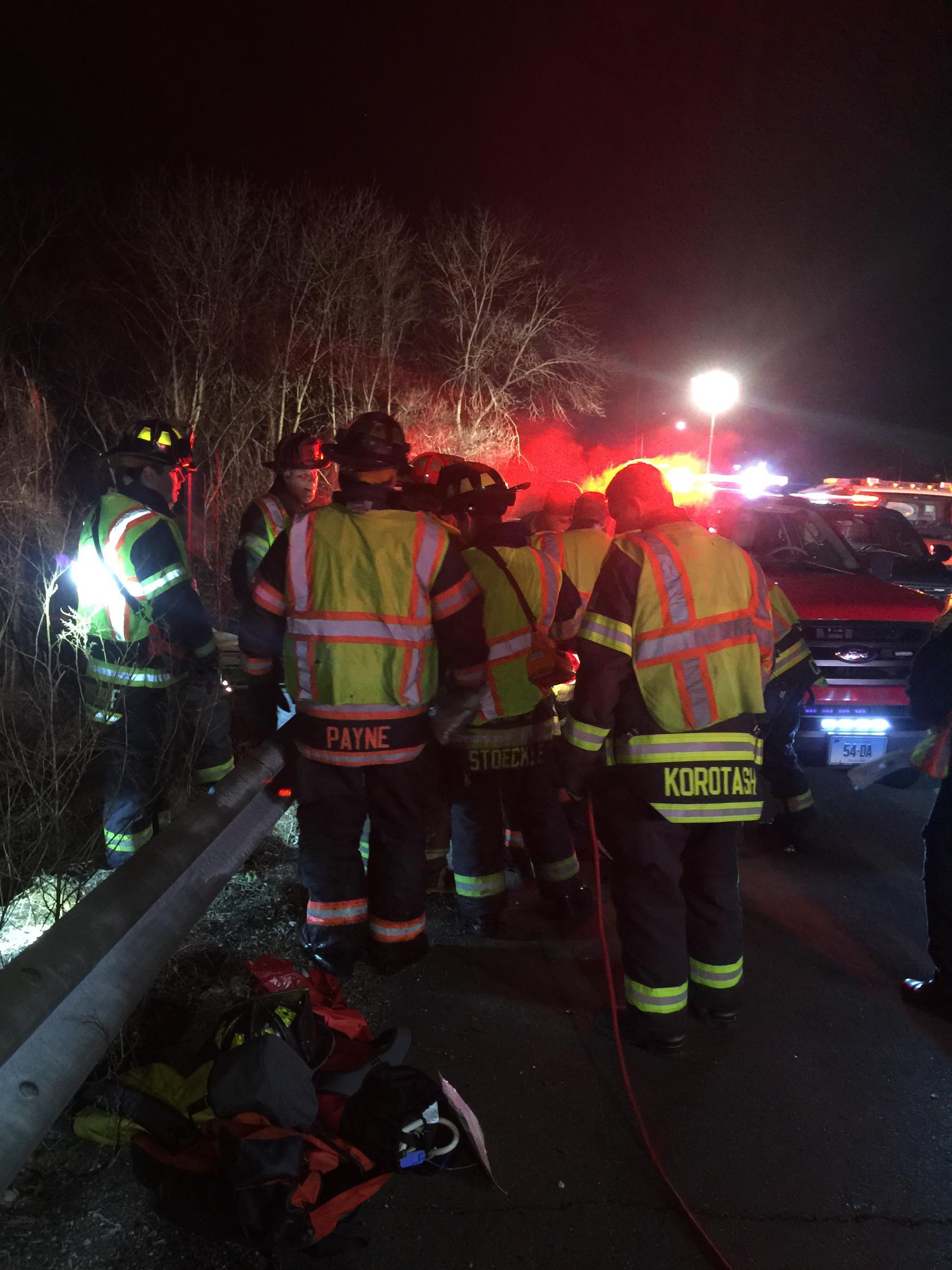 The driver, 33-year old William Torres of New Haven, admitted to Connecticut State Police Troopers to drinking.  Troopers report that he smelled of alcohol and had glossy/bloodshot eyes. Torres was issued a misdemeanor summons for driving under the influence, reckless driving, evading responsibility, and operating with a suspended license.  He is due in court on February 19th to answer the charges.