Two serious car accident book ended a busy day for Sandy Hook Volunteer Fire and Rescue.  Around 7:45am firefighters responded to Mount Pleasant Road and had to extricate a driver from one vehicle.  The woman was transported to the hospital for treatment of injuries. 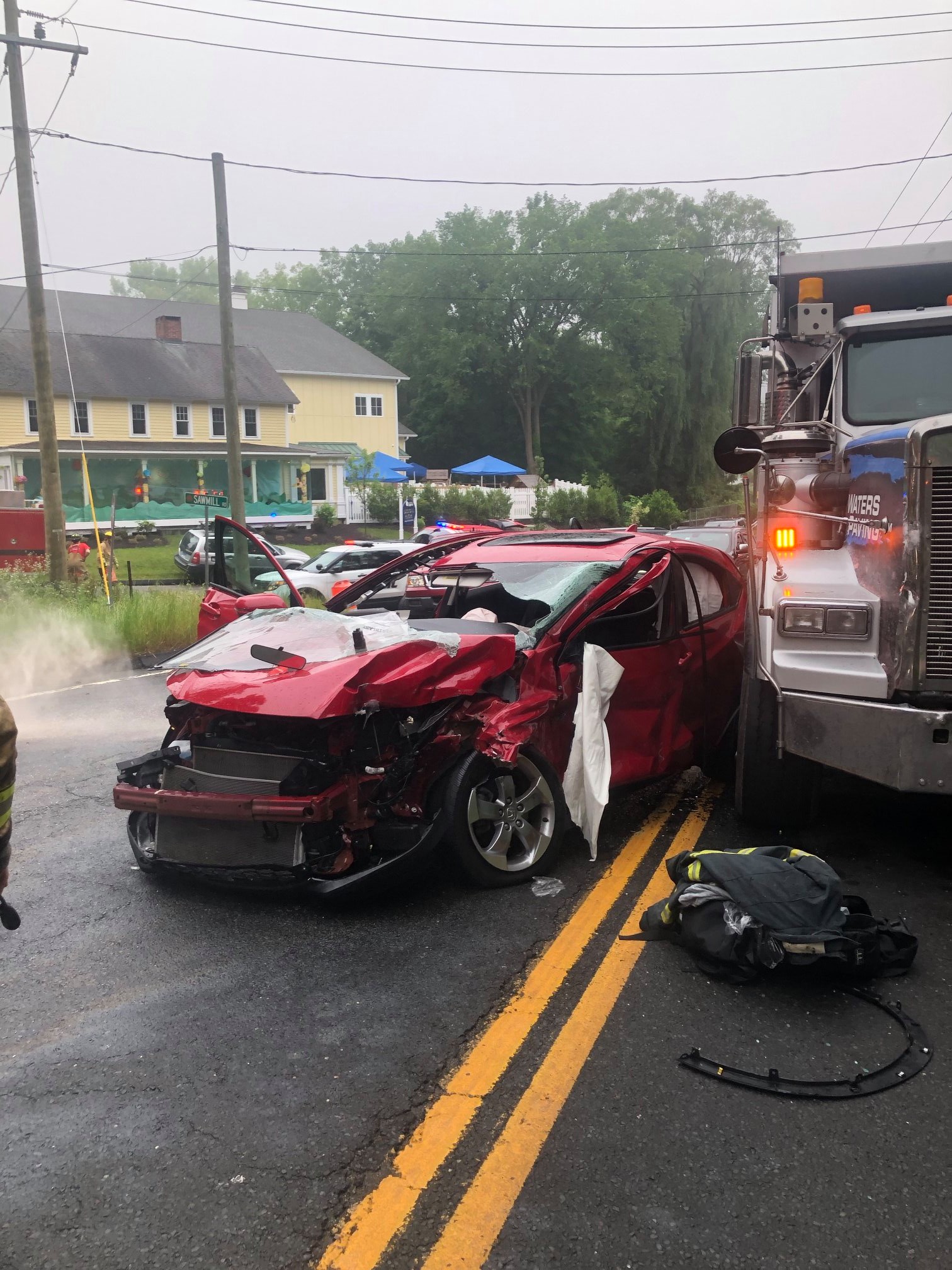 The accident caused major delays during the morning commute.

Firefighters responded to a rollover accident with entrapment on the highway last night.  The accident on I-84 eastbound happened in Southbury, just over the town line around 7:45pm.  While enroute, firefighters received an update that the occupants were out of the vehicle. 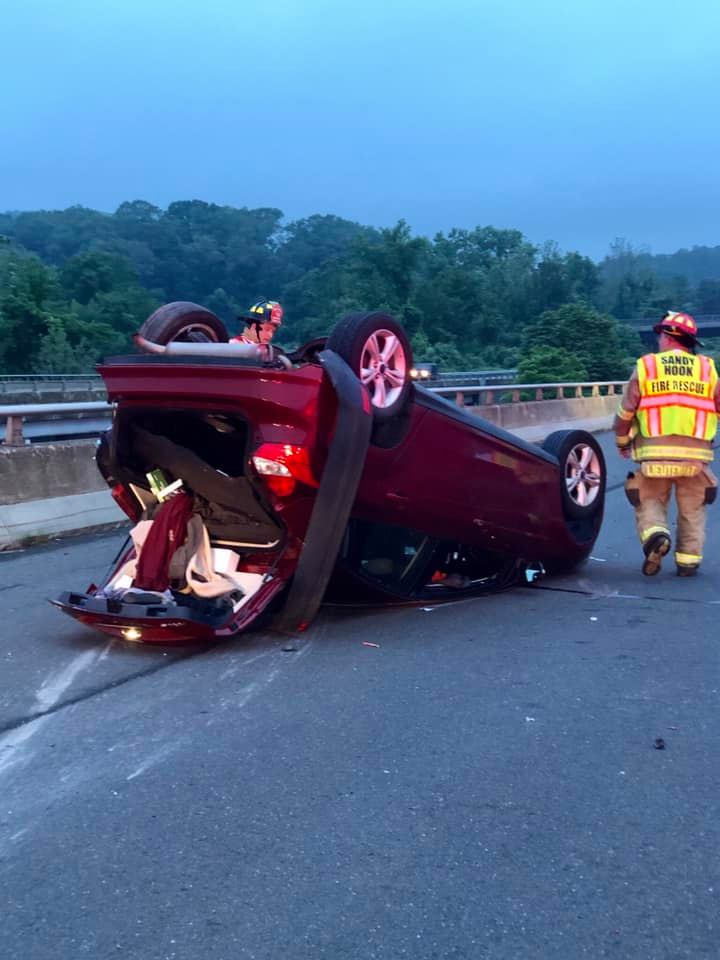 Sandy Hook helped to care for two of the three injured patients.