A ribbon cutting ceremony has been held to officially welcome Uncle Sam back to Danbury.  A crowd gathered at the Danbury Railway Museum to see the 38-foot tall statue, which once stood at the Danbury Fair, be dedicated. 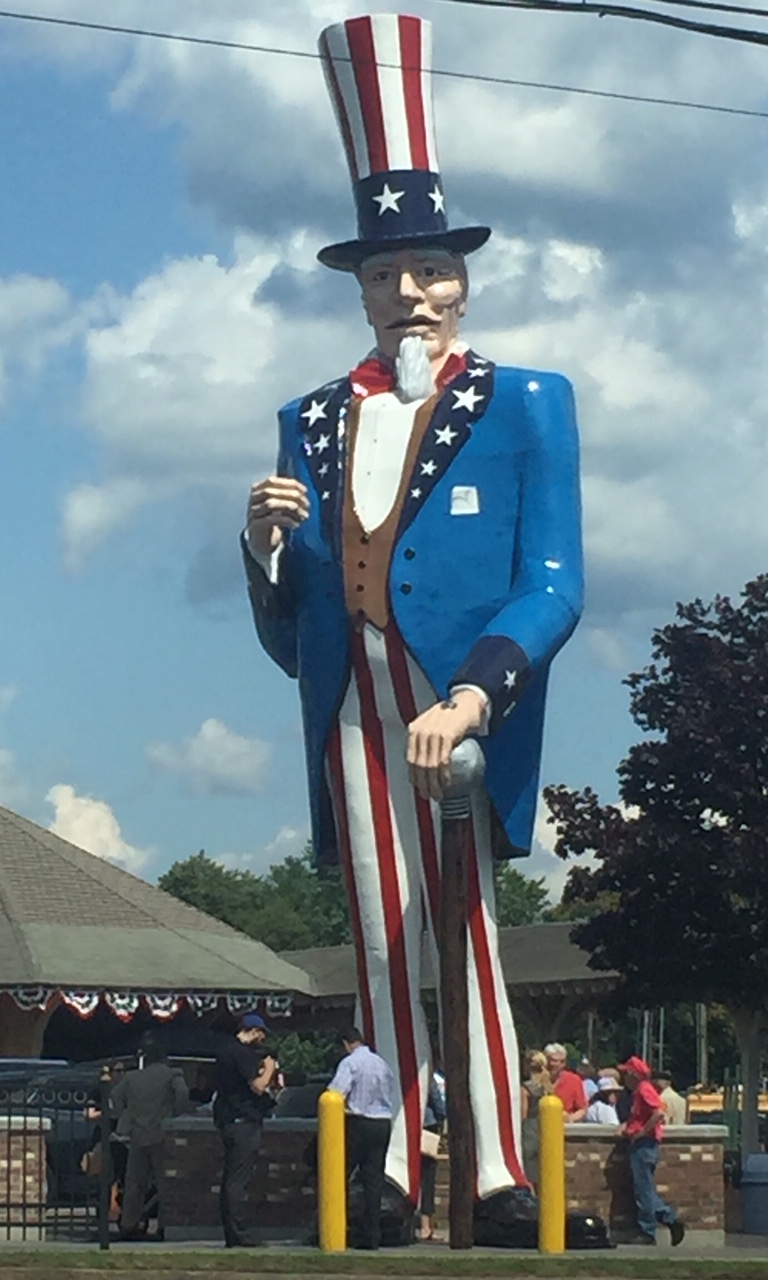 Public Works Director Antonio Iadarola says the fiberglass structure is light, so a skeleton needed to be built inside the structure.  A trap door was cut into the statue's back, allowing for Jim, of Jim's Welding to climb into the structure and weld the steel frame. 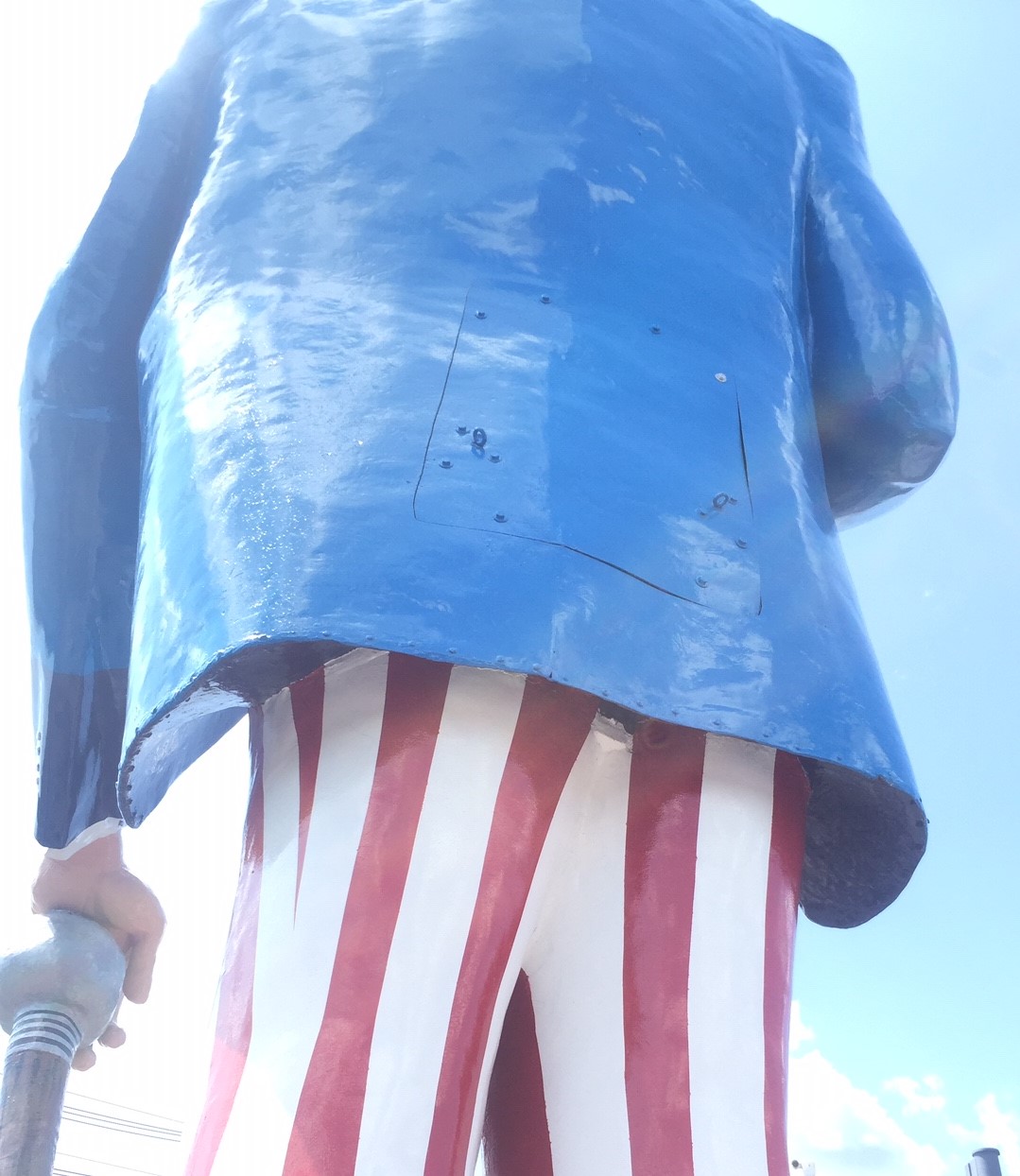 The statue was originally created for a restaurant, with the hand turned the other way and holding a hamburger.  The burger was too heavy and Sam kept falling on his face.  Eventually the hamburger was taken off, and Iadarola says Sam just held out his hand for money.  The Fair bought the statue in 1971.  Iadarola says the face was deformed so Robin of Robin's Graphics took off layer after layer until he found the original fiberglass.  He made it look as it did in the 60s. 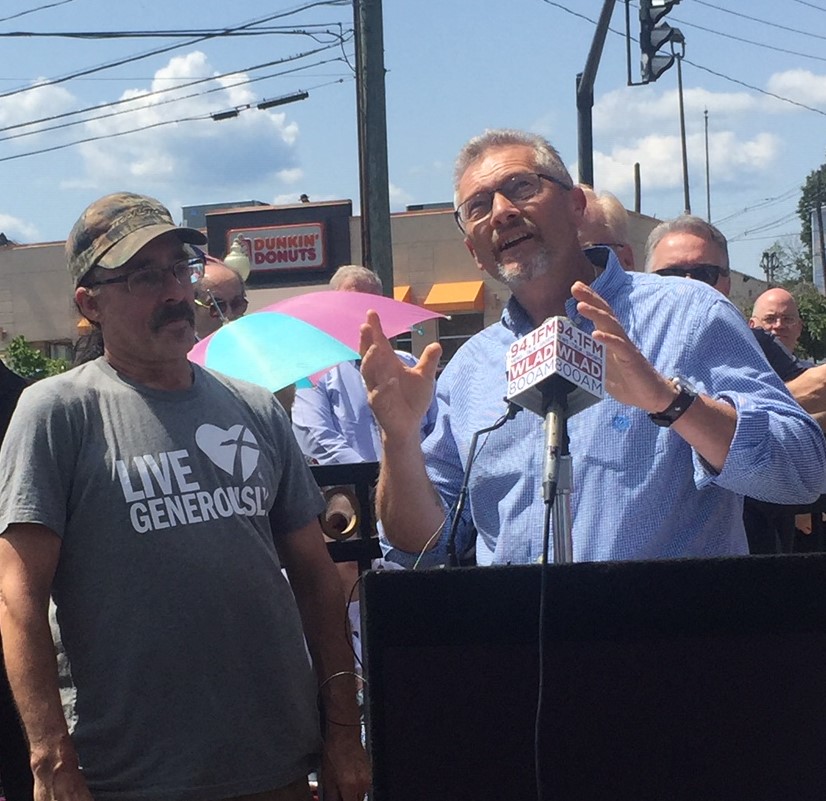 Jack Stetson, one time Fair Vice President, says the Fair was a community asset because shares of the event were sold to area residents.  It grew from a harvest festival, into the social media of the time.  This was one of the few events for people to gather, eventually turning into a friendly competition and trade show.  The fair suffered four devastating fires and shuttered for several years because of World War II.  John Leahy revived the event, paid off the mortgage and repaired the infrastructure. 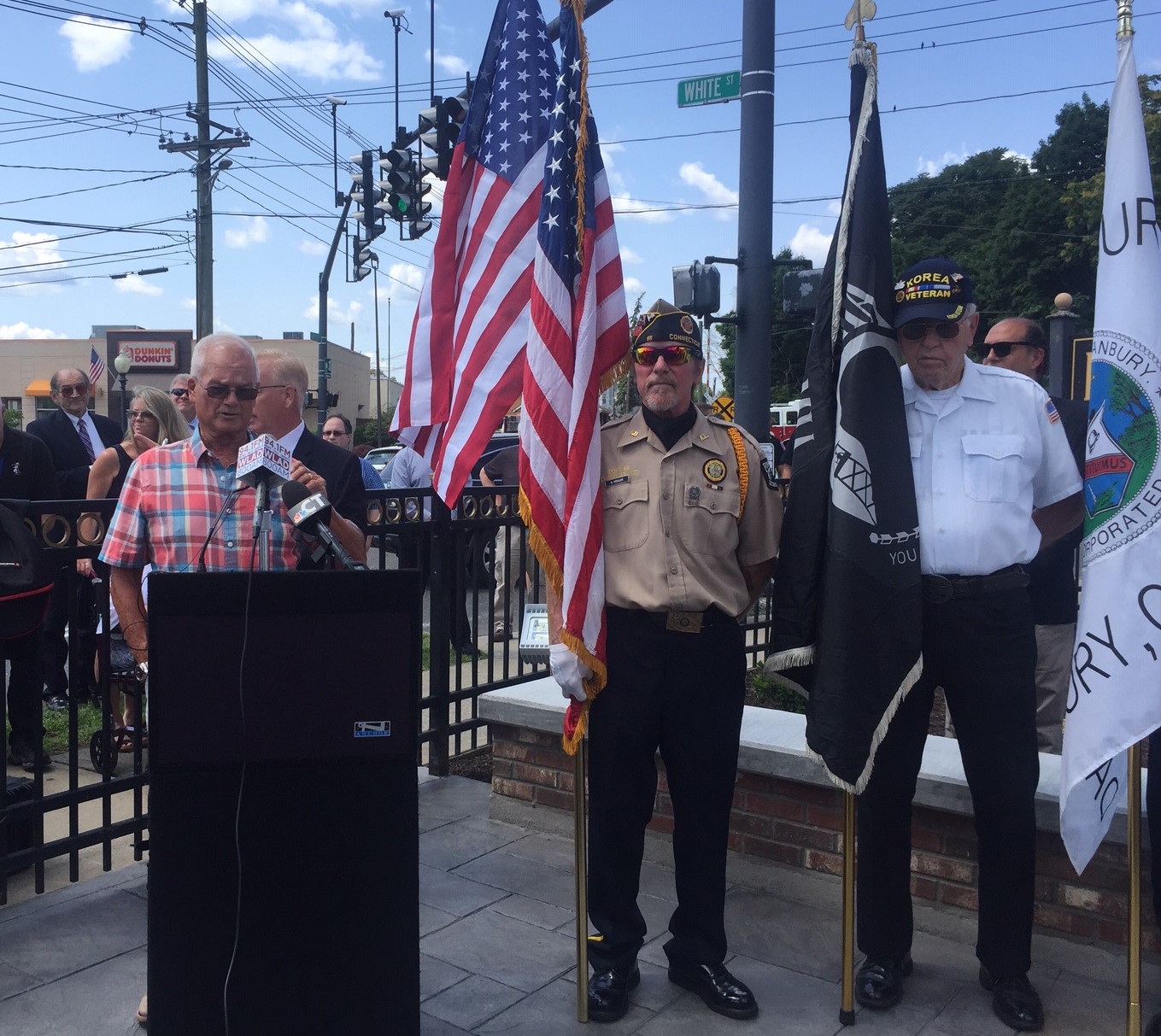 Stetson says the fair was running along fine, when I-84 was built.  He called it a blessing to the fair, but also a cause of it's demise.  The 150th anniversary of the Danbury Fair will be celebrated this fall.

The restoration effort took four weeks, with another three weeks of site work and installation.  The statue was bought by the Magic Forest Amusement Park in Lake George in 1981, and Mayor Mark Boughton started a GoFundMe page to buy it back.  Once purchased, it was transported to Danbury by Mariano Brothers and stored in a hangar at Danbury Airport.  By an Act of Congress on September 13, 1989, it was declared that the day be known as Uncle Sam Day in America.  Every September 13th, Boughton says they will host a ceremony there and do a wreath laying.

A plaque along the brick wall behind the statue lists the businesses who donated time and money toward the purchase, restoration and installation. 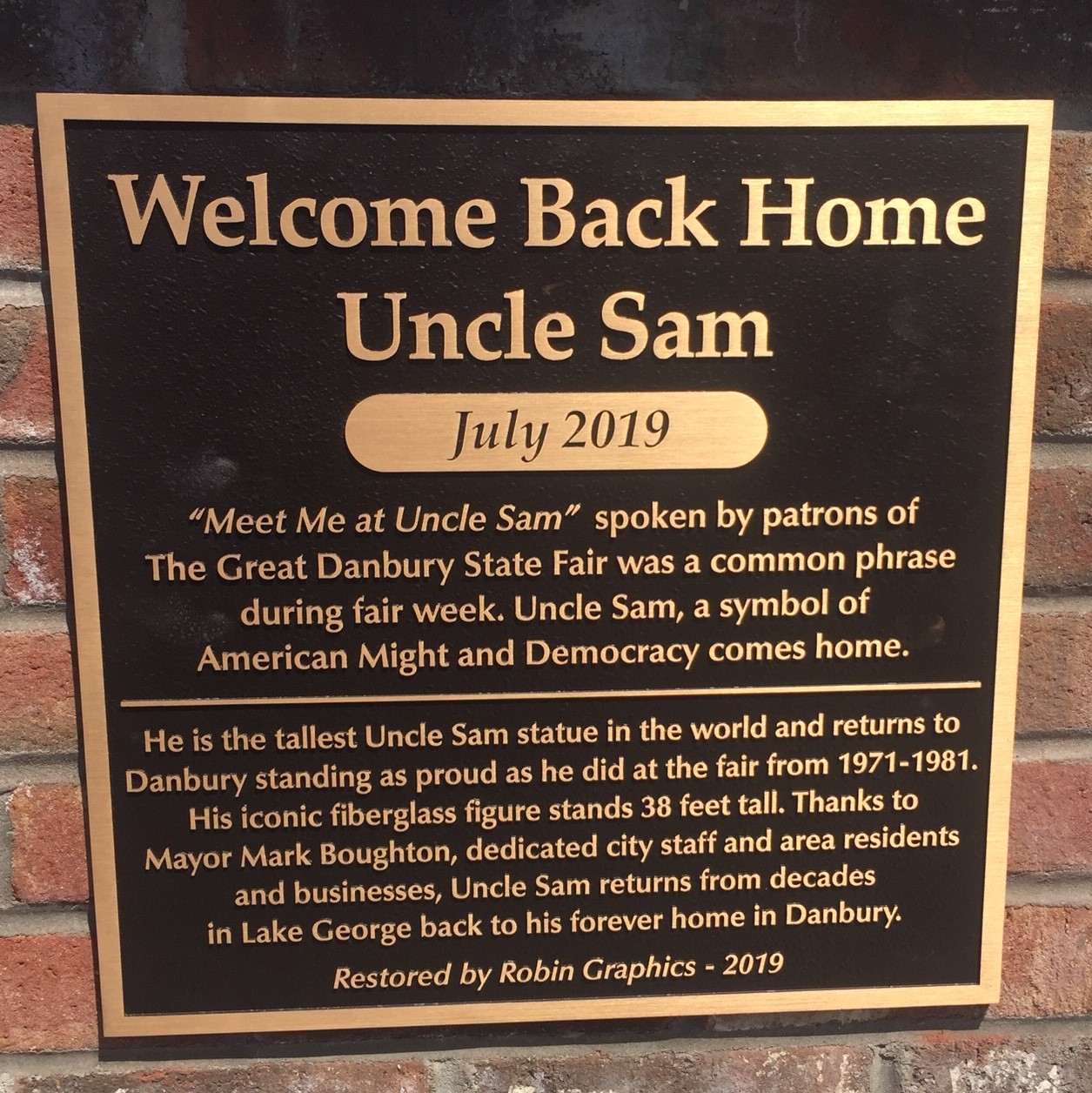 There will be a sign saying that the location is monitored, with cameras being installed to discourage vandalism.   A selfie station will be set up on a grassy traffic island across the street from the statue.