An injured red tailed hawk found in the street by a passerby was brought to Danbury Fire Headquarters last night.  The firefighters found a box and made a makeshift carrier for the hawk. Firefighter James Croswell helped the man removed the large, aggravated hawk from being wrapped with his suit jacket, and placed him into the box.  Officials called Christine's Critters in Weston, a raptor rehabilitation center, which accepted the hawk.  Connecticut Environmental Conservation Police were on another call, so Danbury Police arranged to have Animal Control Officer Craig Simone take the injured bird to Weston. 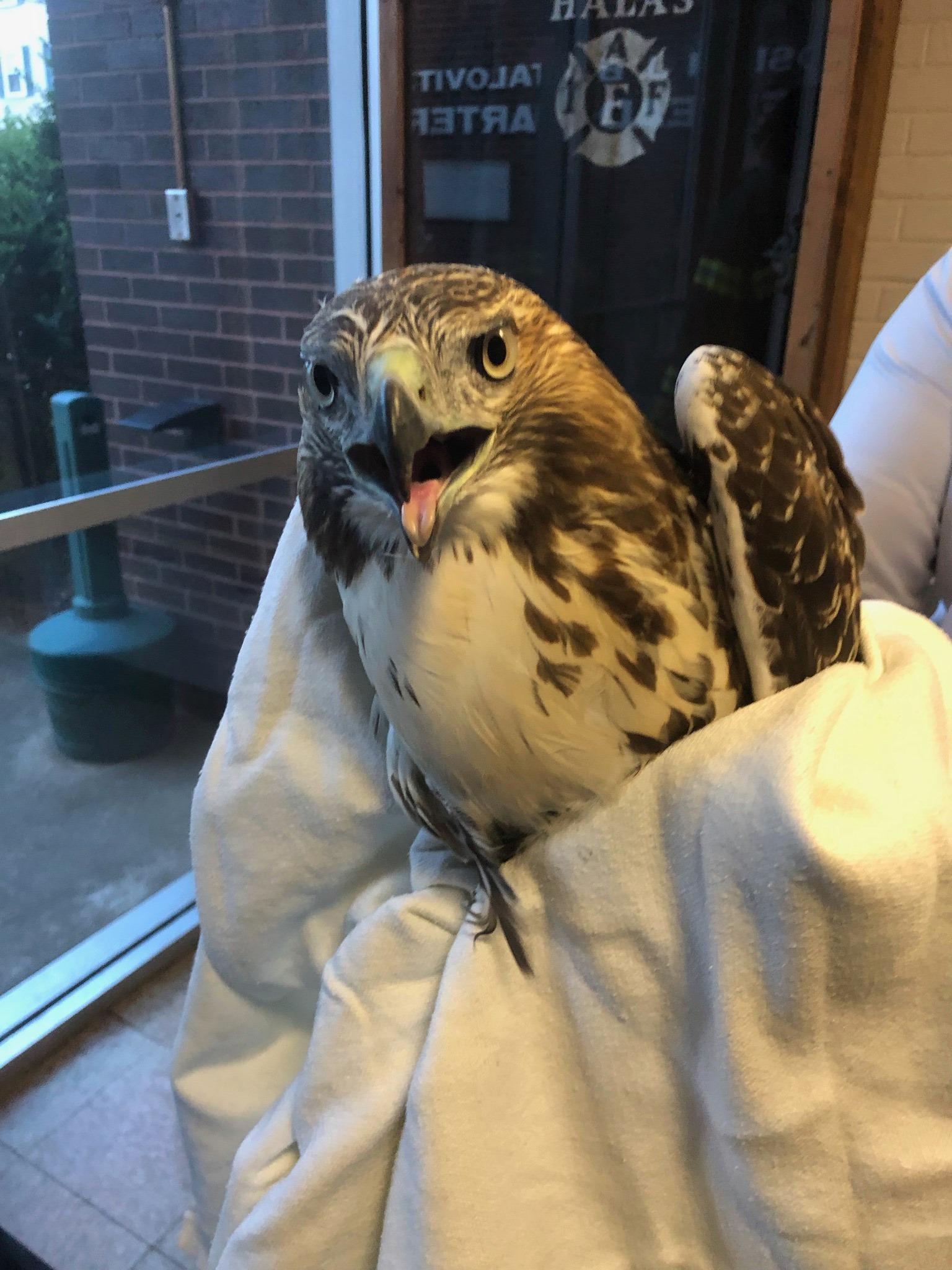