The Danbury Fire Department has gotten an update from raptor rehabilitation center Christine's Critters about an injured red tailed hawk rescued from city streets.  The hawk was taken to South Wilton Vet Group where doctors determined that she has a fracture in her wing. They are hopeful that it will heal and she can return to flight.  The hawk was found by a passerby and brought to Danbury Fire Headquarters, wrapped in the man's suit jacket.  Firefighters removed the large, aggravated hawk and placed it in a makeshift carrier.  Danbury Police arranged to have an Animal Control Officer take the injured bird to Weston. 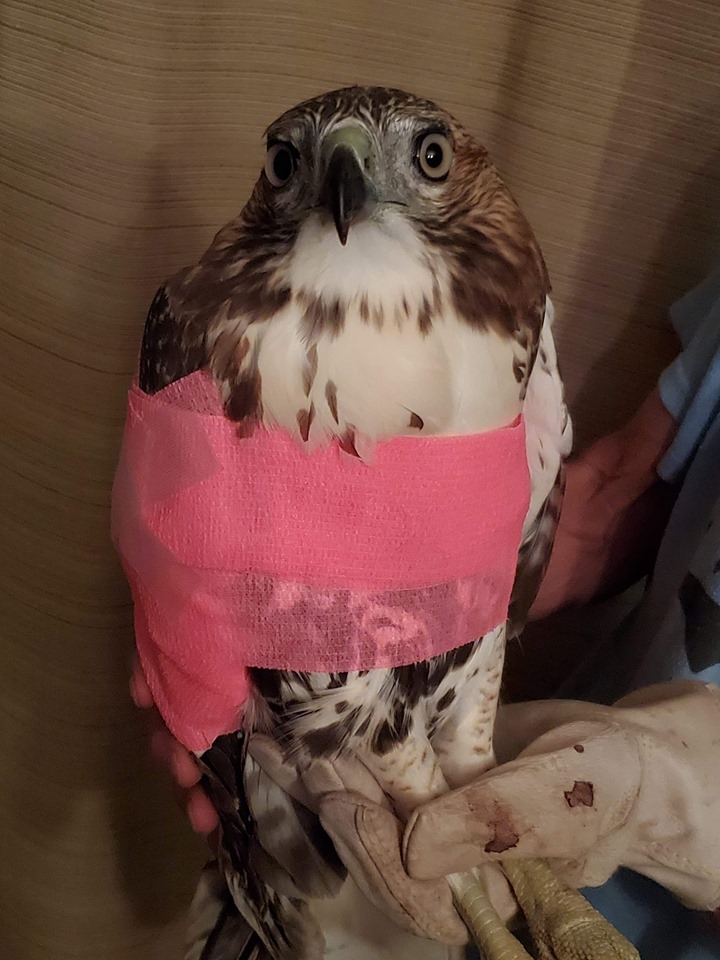