New Milford Police officials are crediting a K-9 officer in the arrest of a local drug dealer.  Chief Cerruto posted on the department's social media pages that Officer Shaw and K-9 Officer Mattis helped find heroin, cocaine, and cash, which led to the dealer’s arrest.  The suspect, whose name was not immediately released, was arrested on several felony charges including possession with intent to sell.  Cerruto says the New Milford Police Department is targeting drug dealers and will do all they can to bring them to justice.  The posting said he wanted to send a strong message, if you are dealing drugs, police are coming to get you. 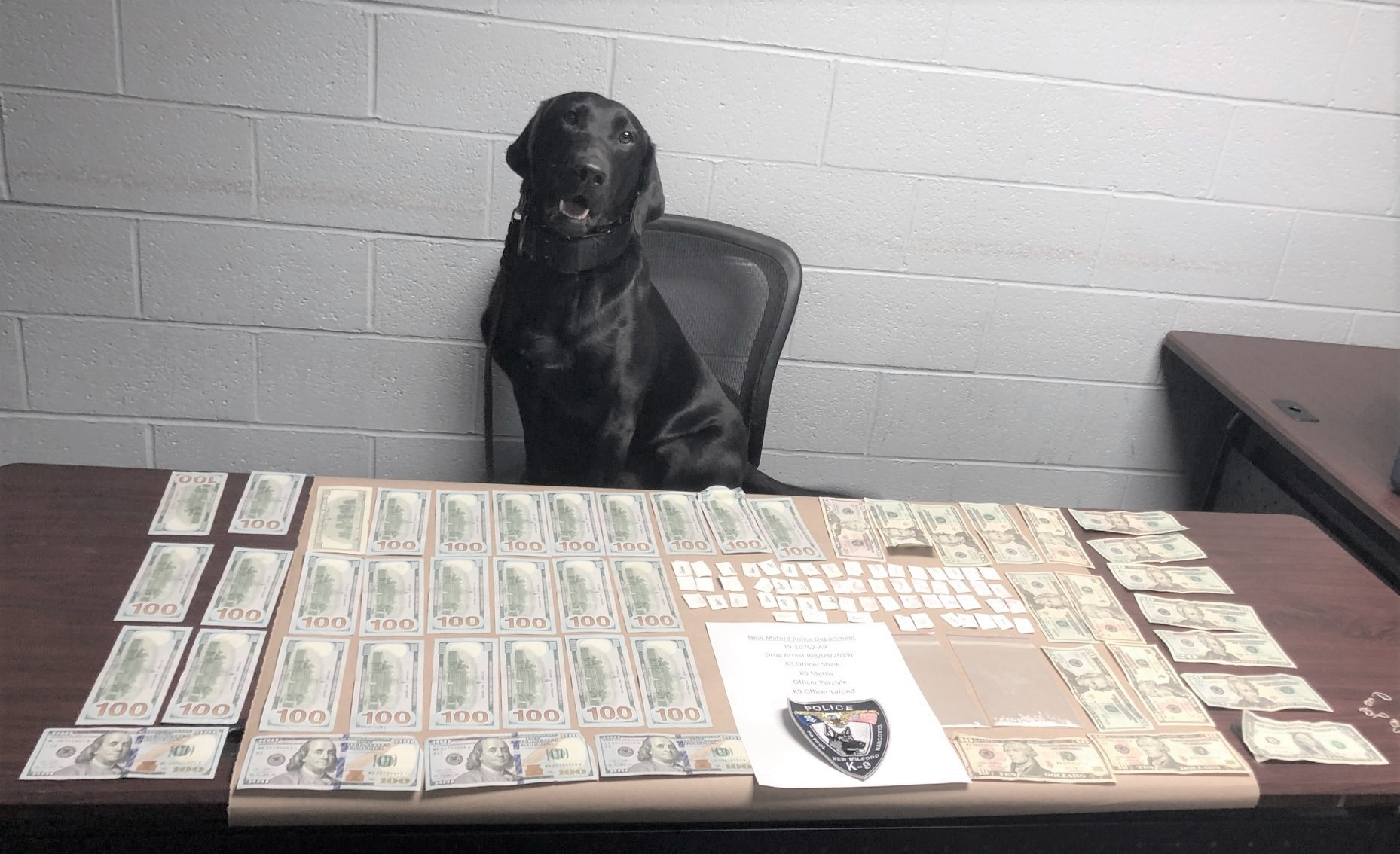