A tractor trailer caught fire on I-85 westbound in Danbury late this morning.  The vehicle was across all lanes of traffic between exits 5 and 4.  Both sides of the highway were closed down as firefighters work to extinguish the fully involved blaze.

The driver reportedly escaped with what are believed to be relatively minor injuries. 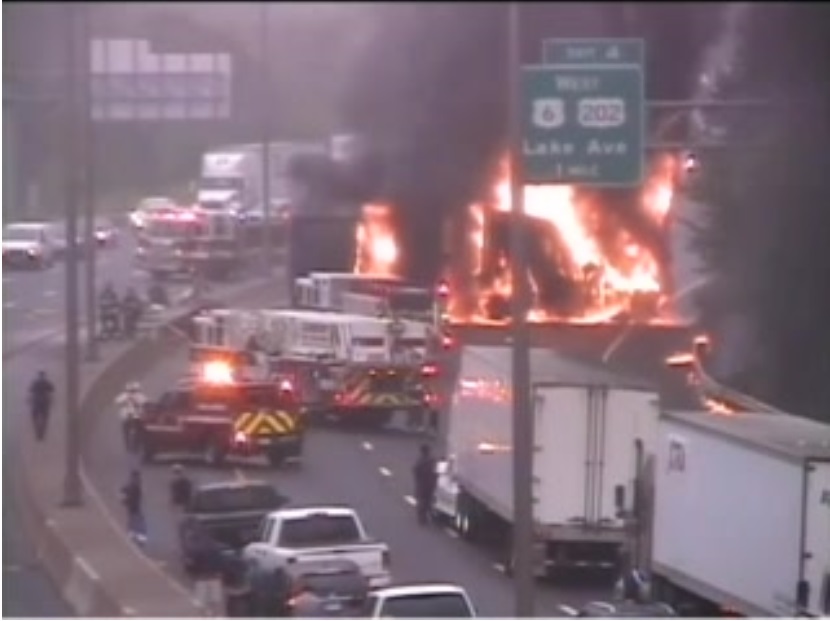 Drivers pulled over and were out of their vehicles watching the emergency response, though police eventually directed them to back up and exit the roadway.  Drivers headed westbound were directed to exit the highway using the entrance ramp, which was closed to motorists looking to access I-84.  Some eastbound lanes were also closed.

According to dispatch reports, the tractor trailer was empty and not hauling a load at the time. 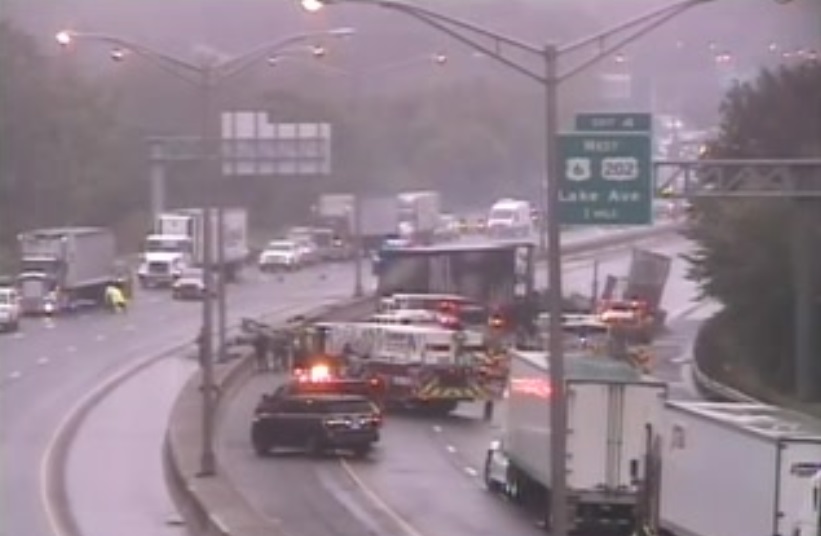