An owl stuck in netting at Richter Park Golf Course in Danbury was freed over the weekend by firefighters.  An off-duty Connecticut State Police trooper alerted firefighters about the situation early yesterday morning.  Firefighters used ladders to free the owl's talon, which was stuck about 25 feet off the ground, from the netting.  The bird was cornered into a crate, brought to the ground and checked out.  Firefighters removed netting from the talon and the owl flew off when the crate was opened. 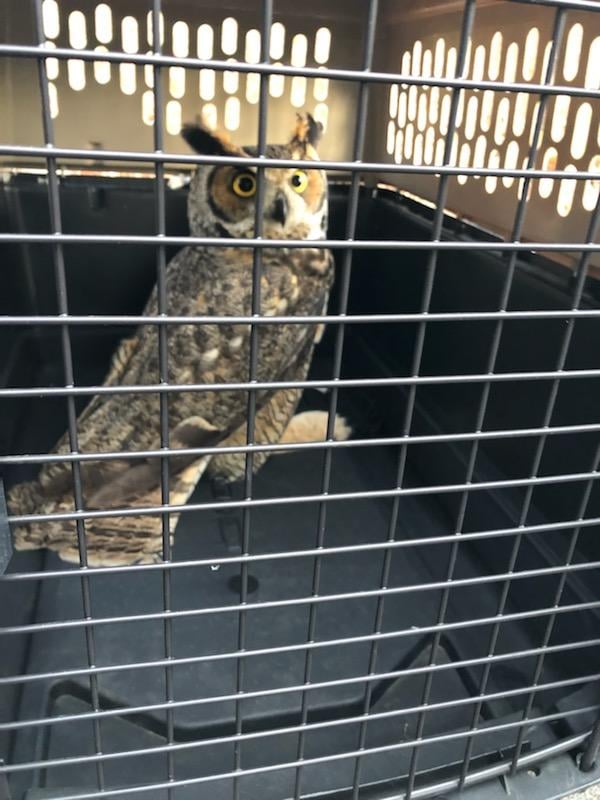