A Putnam County Sheriff K9 has retired.  Sentinel joined the Department in December of 2014. His handler, Sergeant Keith, did extensive training with Sentinel which led to his successful certification as a patrol and explosives detection K9.  Sentinel was presented with a proclamation and certificate of retirement by Sheriff Langley and Captain Tompkins.  He was sent off with a Department-wide salute. 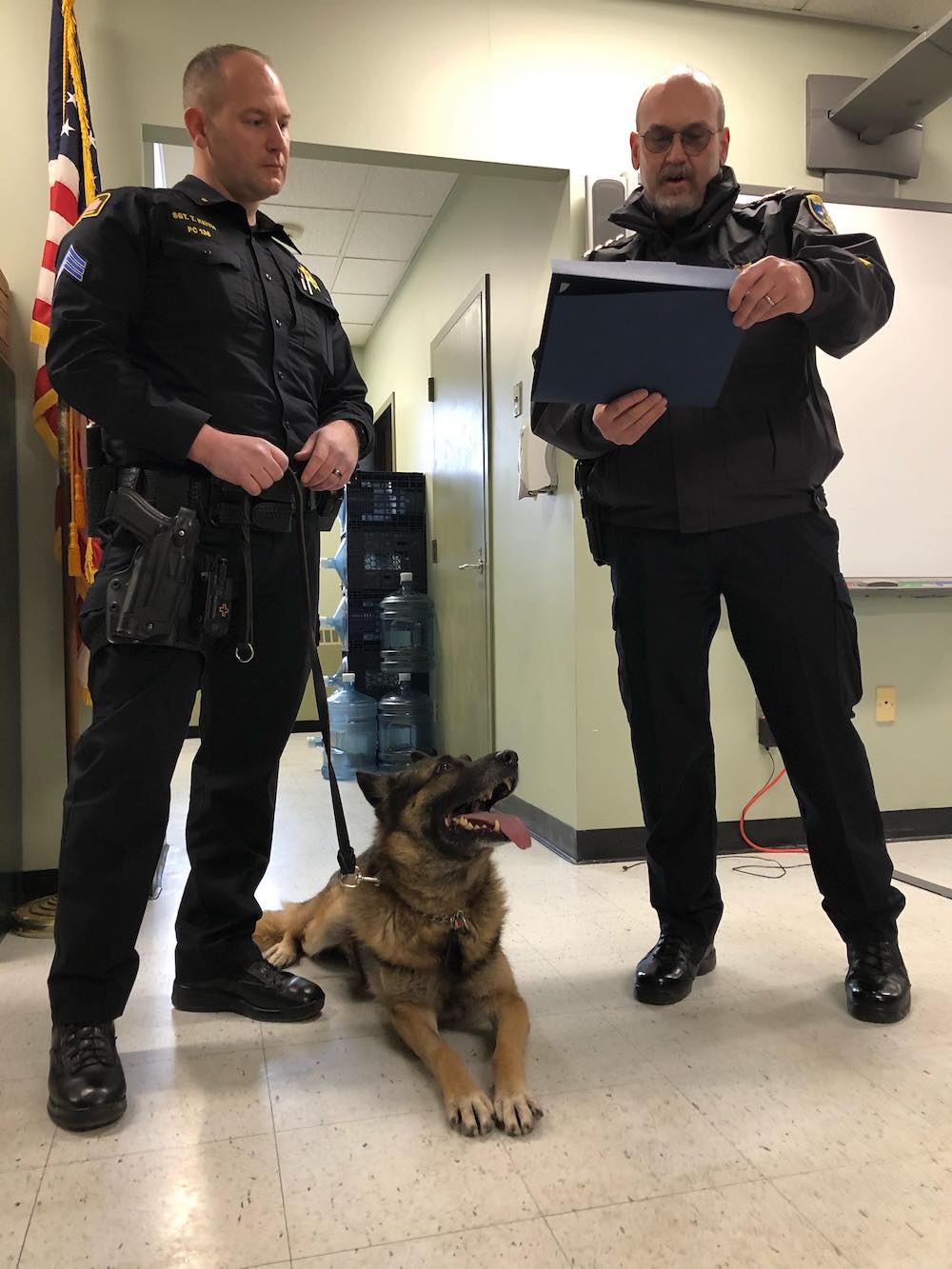