Posted About Eight Months Ago by WLAD Newsroom

81 municipalities are currently in the red zone, the highest of the state’s four alert levels for COVID-19 community spread, including Brookfield with 18.1 cases per 100,000.  New Fairfield moved down from Red to Orange joining Bethel and Redding in the 2nd highest level for community spread.  Newtown, Danbury and New Milford all have indoor mask rules, to some extent, and have dropped down to the yellow zone.

Governor Ned Lamont noted that six or seven months ago Danbury was in bad shape, but now is in a better place.  Danbury has 9.7 cases per 100,000 population.  There were 115 cases in the last two weeks reported. 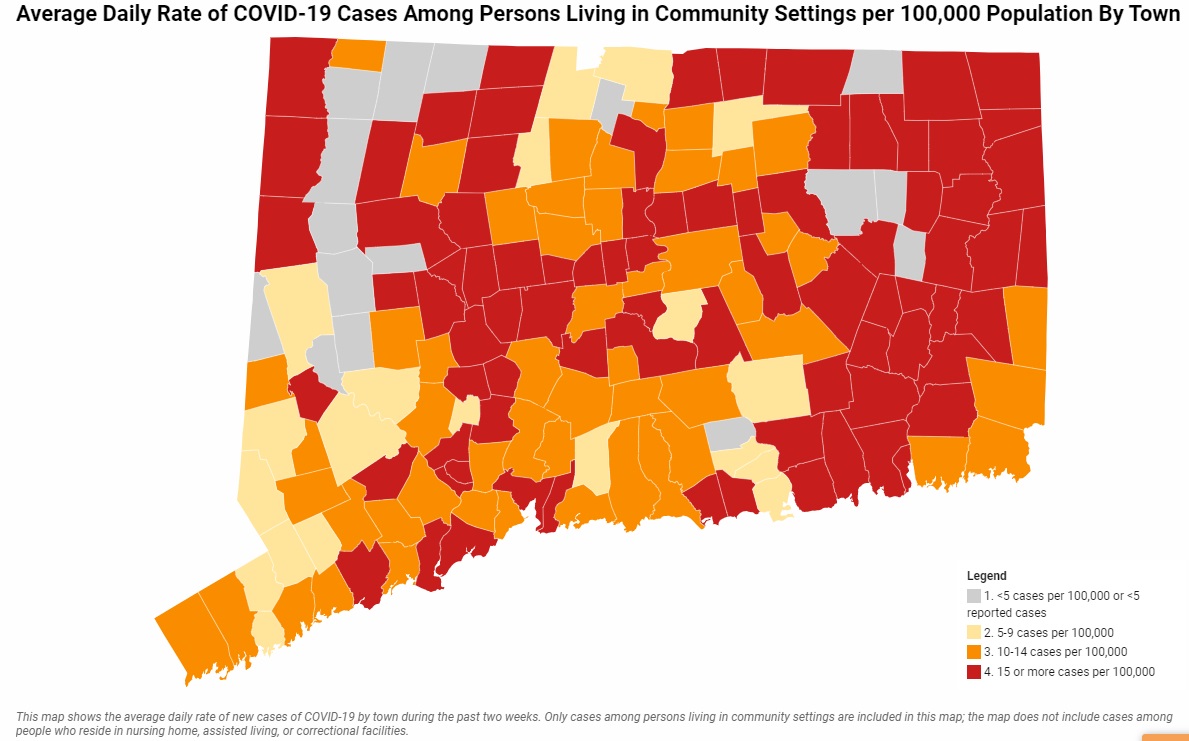 Also yellow are Ridgefield, Southbury, and Wilton.  In the grey are Bridgewater, Sherman, Roxbury and Washington, the lowest alert level.