A Bridgewater man has been arrested on a number of drug related charges after being stopped in an attempted break in.  State Police responded to Garnet Road in Roxbury late Monday night on a report of someone trying to get into a home.

Troopers were given a description of a white Chevy pickup and one male leaving the scene.  They located the vehicle and the driver, later determined to be 25-year old Samuel Jones.  He exhibited signs of intoxication and failed field sobriety tests.  A search of the vehicle turned up 9.2 pounds of marijuana, 185 Adderall pills, drug paraphernalia, a large assortment of THC infused edibles and more than $25,000 cash. 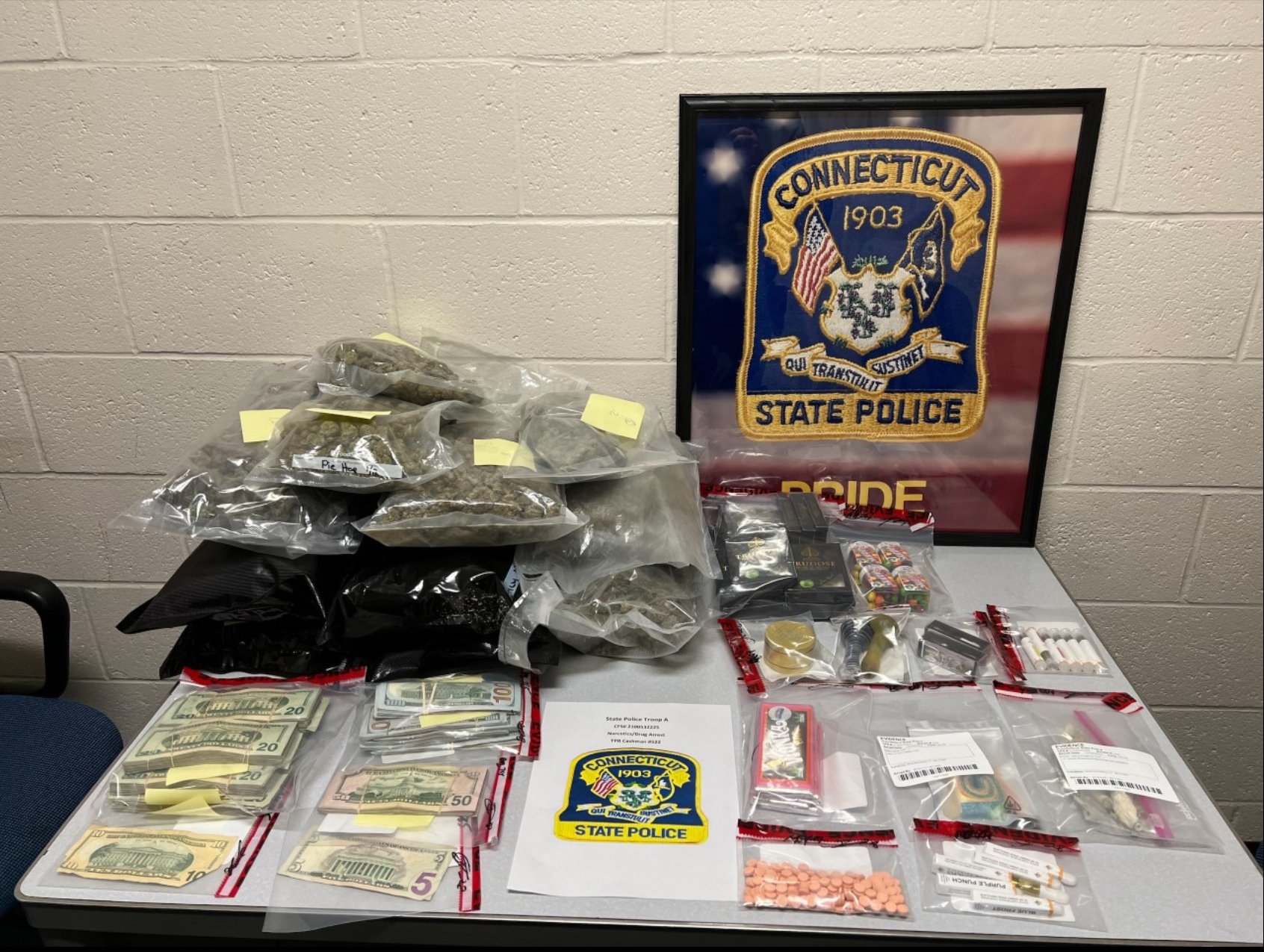 Jones was released on bond for a court appearance on the 14th.