Posted About One Month Ago by WLAD Newsroom

The Danbury Zoning Board of Appeals has signed off on revised plans by Caraluzzi's Market for the size of the sign to be placed at the front of their Mill Plain Road property.  The applicant reduced the proposed sign size from 211 square feet to 174 square feet, with the LED screen shrinking from a proposed 112 square feet to 96 square feet.  The overall design would stay the same and still comply with the height limit in the zone. 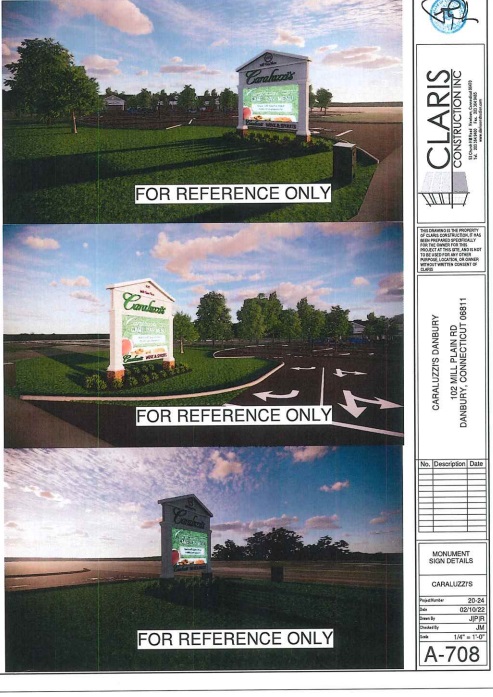 Attorney Tom Beecher, speaking on behalf of the applicant noted that there are technically three businesses that will be on the sign, the grocery store, the liquor store and a bank.

The sign will not be illuminated between 11pm and 6am.  The LED portion won't change any sooner than 30 seconds, as opposed to the 10 seconds previously proposed.  The images will fade in and fade out.  Beecher noted that the LED sign can be adjusted and dimmed.

Commission member Michael Sibbitt said he hopes the City will enforce the interval of the rotating message on the LED sign.  Beecher then noted that since the previous meeting where he pointed out that the message on the sign outside City Hall change at intervals quicker than 10 seconds, they have been slowed down.  He says the City of Danbury changed the timing of the messages to 22 to 25 seconds.