A Newtown High School junior has started her year as a youth ambassador for poetry and the art of language.  15-year old Ashley Gong was introduced as part of the newest class of National Student Poets by First Lady Michelle Obama during a White House ceremony last month.  Each student read original poems for the first lady and guests.

Ashley won a gold medal for her free verse poem at the Scholastic Art and Writing Awards, and as one of 35 semi-finalists she then submitted more poems to go on to become a finalist.  The five young poets were appointed by the President’s Committee on the Arts and the Humanities.

As youth ambassador for poetry and the art of language, the National Student Poet will lead readings and workshops at libraries, museums and schools throughout the Northeast region. The five 15- to 18-year-olds participated in readings at the Library of Congress and the U.S. Department of Education in addition to their White House reception. 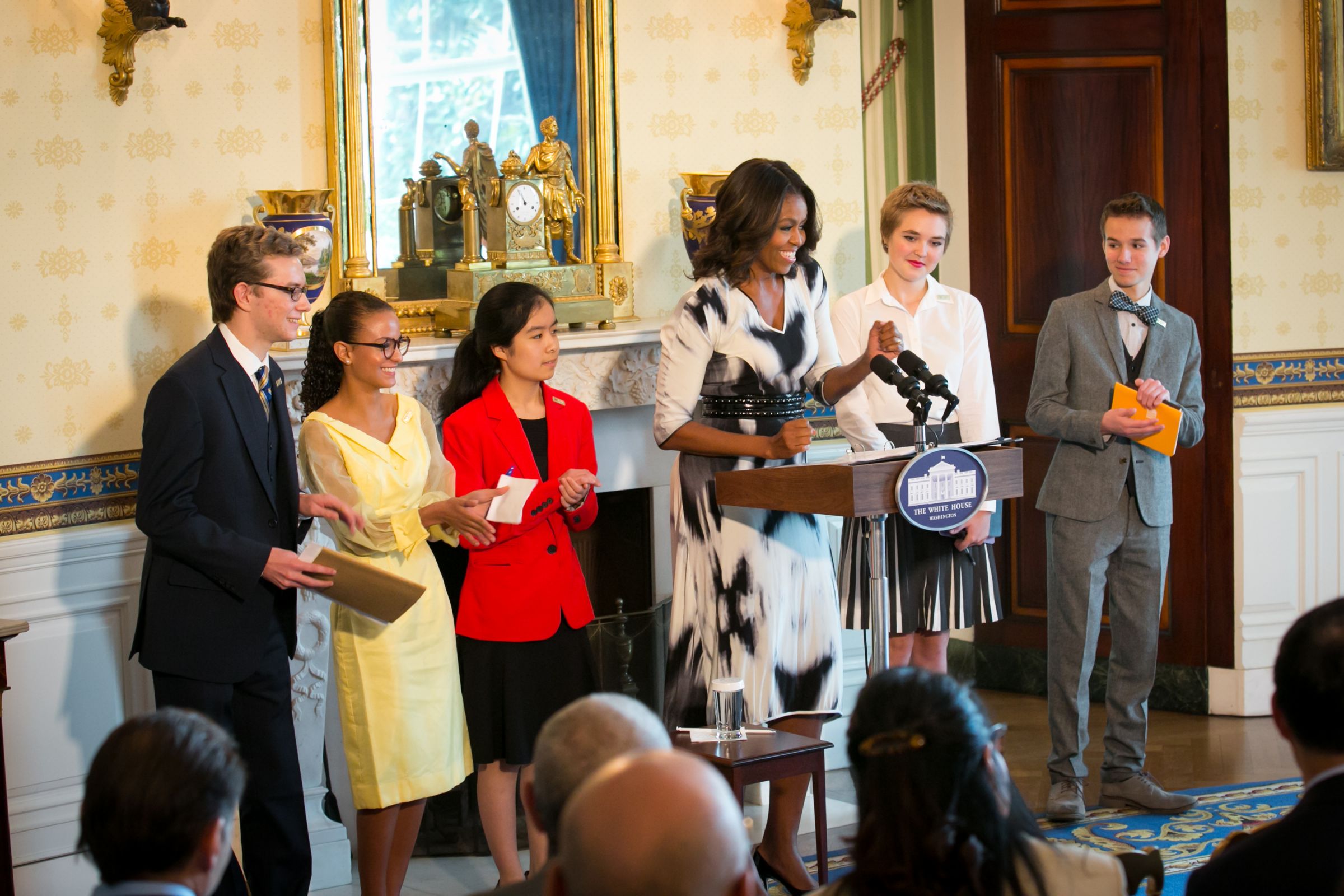 Ashley grew up surrounded by language, as her parents, first generation immigrants, would often read Chinese poems to her when she was a toddler. Despite this early exposure to poetry, it wasn’t until more recently that Ashley discovered her passion for poetry, which is currently her go-to medium for creative expression.