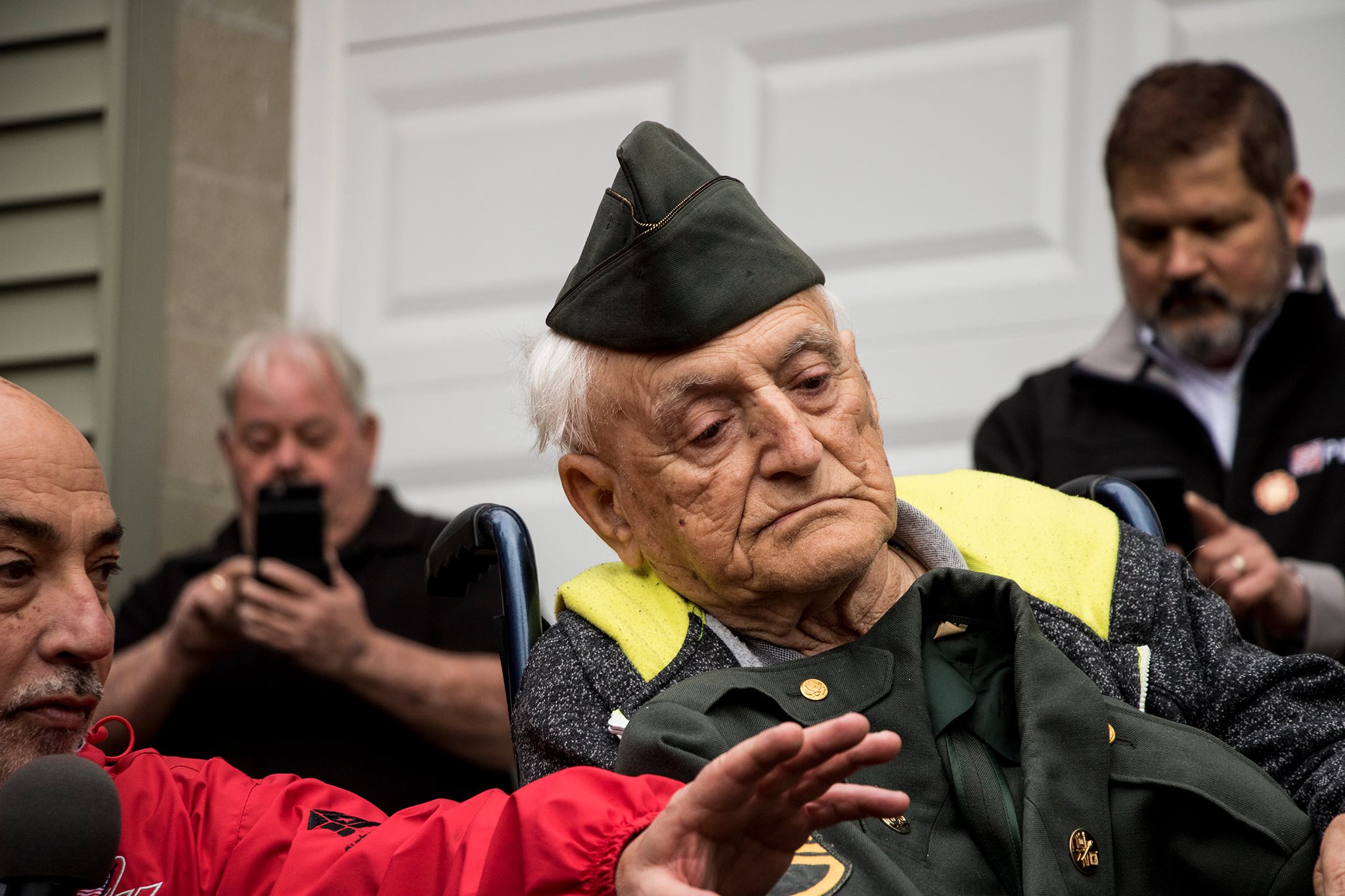 The store's Celebration of Service Program helped make improvements to his home to ensure his safety and accessibility.  The work was valued at $20,000.

During a flag raising ceremony at Russo's home, a plaque was dedicated in memory of Lou's brother Anthony who was killed in the first wave at Normandy. 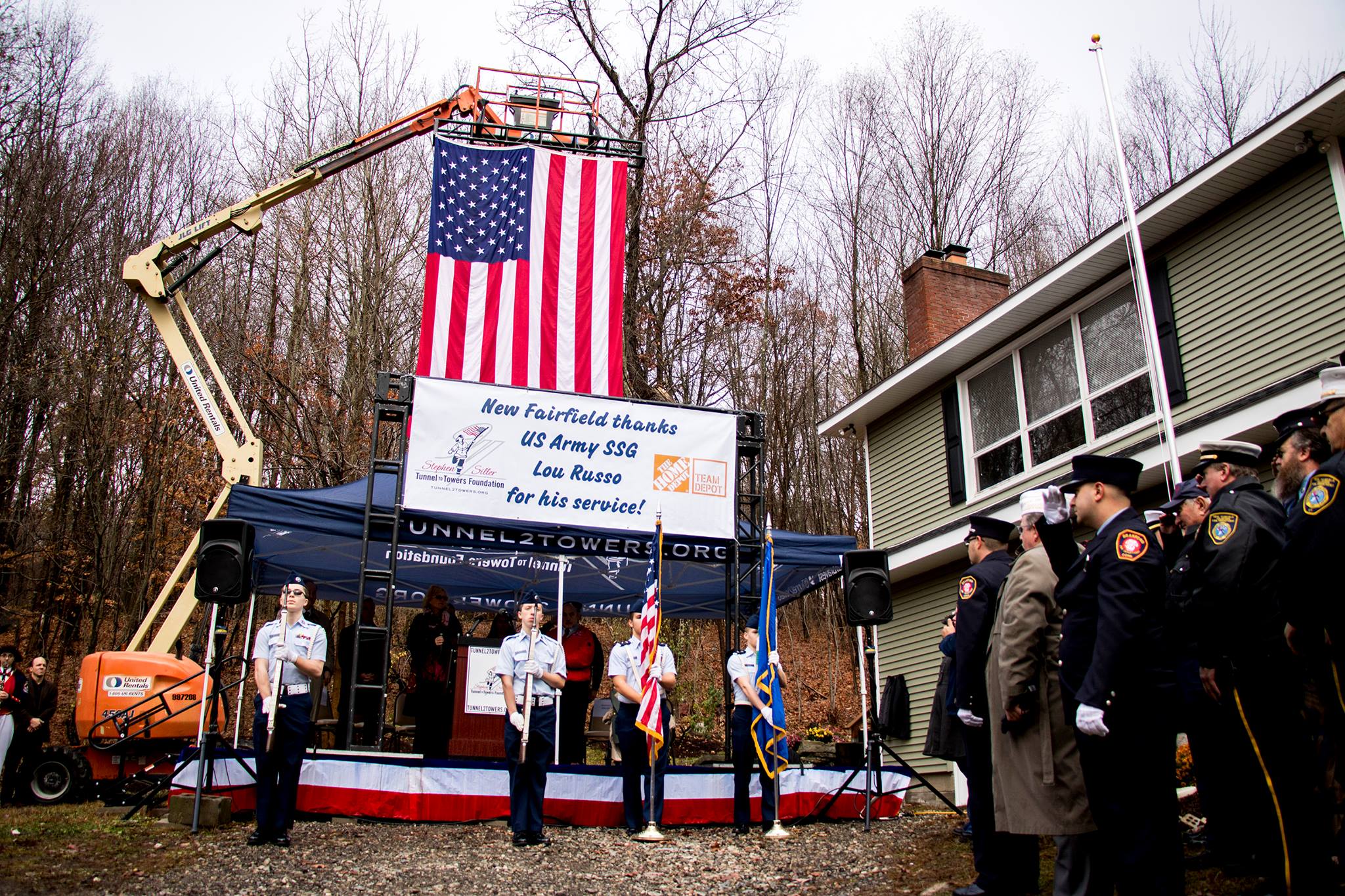 Two years ago, Russo fell and a social worker saw the poor condition of his roof, forcing him into a nursing home.  A court-appointed conservator was supposed to arrange for the home to be repaired, but instead spent Russo's life savings, sold his belongings and rented out the house.  The conservator has been ordered to repay Russo, but has so for not made payment.