A former New Fairfield First Selectman is weighing in on the stalemate between the town and the state Department of Energy and Environmental Protection.  There is a disagreement on allowing walk-ins to the park after the 250 car capacity is reached.  John Hodge was recently forwarded a letter from DEEP in response to a resident voicing concern on the issue.  The vehicle limit was put in place after there were 13 drowning deaths in 11 years.  There have been two deaths at the park since then, including one person who had a medical condition and wasn't swimming.

But town officials are concerned that there will be more drownings because the park is over capacity.  The capacity issue has only resurfaced recently, in part Hodge says because the former park supervisor banned walk-ins.  The new supervisor does not.  He says that means DEEP had a rogue supervisor.

Hodge called the letter from DEEP to a concerned citizen self-serving, fake and misleading.

DEEP contends that if the town of New Fairfield didn't allow people to park along residential streets and at businesses, there wouldn't be walk ins.  DEEP also suggested that it's on the town to hire more police to prevent people from stopping on Route 39 to let people out to walk into the park. Hodge acknowledges that DEEP doesn't have jurisdiction outside of the park boundaries, but says the policies inside the park have a direct affect on what happens outside the park.  Towns are required by law to allow non-residents to park at town facilities.  He said for DEEP to make it sound as if the town has the option is disingenuous. 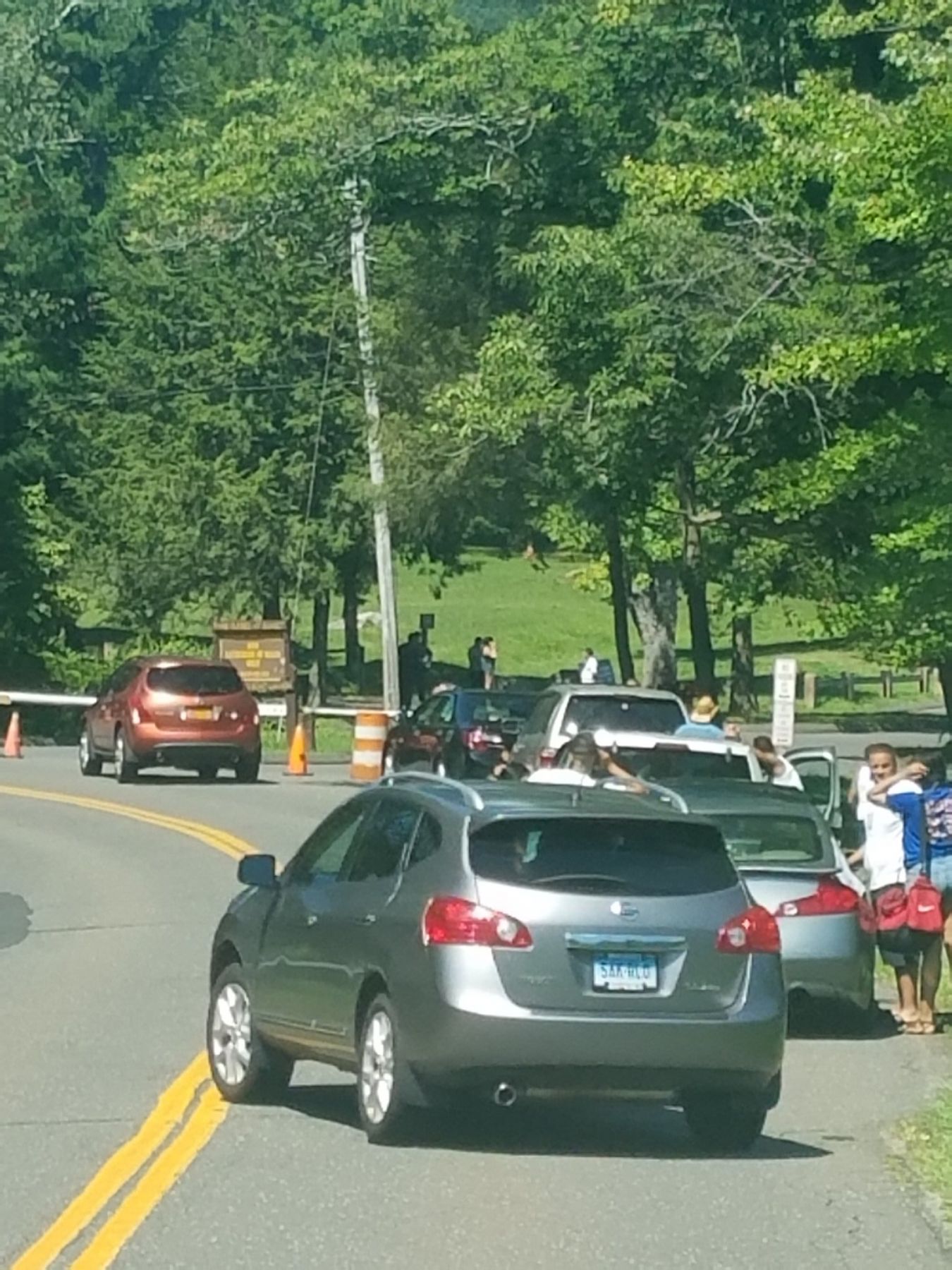 14 months after walk-ins were reestablished and DEEP was notified, Hodge says even the most ineffective bureaucracy could have drafted a regulation prohibiting such activity.  He concluded his letter by saying DEEP is acting with arrogance and impunity because they know they can't be sued for mismanagement.

DEEP officials say limiting walk-ins would have to be done through a standing committee of the General Assembly.  Spokesman Dennis Schain previously said walk-ins are an issue at other parks, particularly with swim areas, but more so at Squantz because of its location.  The entrance to the park is on a curve along a major thoroughfare, which has caused pedestrian safety concerns.

Schain says they have been working on language to limit walk-ins.  He hopes to have something approved by the Regulations Review Committee and in place by next summer.

DEEP charges by the car at most State Parks and Forests.  There is no fee for walk-ins.