An area legislator took a ride along with a Brookfield Police Officer recently.

State Representative Stephen Harding took a tour of the Brookfield Police Department and participated in a ride-along to learn more about how dedicated police and emergency responders protect the people of Brookfield and the challenges they face on a daily basis.

Harding says he spoke with members of the Police Department about topics that affect policing at the local level.  The department has a goal of continuing to encourage community involvement regarding public safety, effective outreach and area clean-ups.

Harding called it an eye-opening experience.  He thanked Officer Joe Kyek, a 3 year veteran of the police force, for allowing him to go on patrol for the day.  Harding and Kyek went to high school together in Brookfield.  They went on a few calls.  One was about a suspicious bag on a playground.  It turned out harmless.  He also watched as Kyek investigated reports of burglaries. 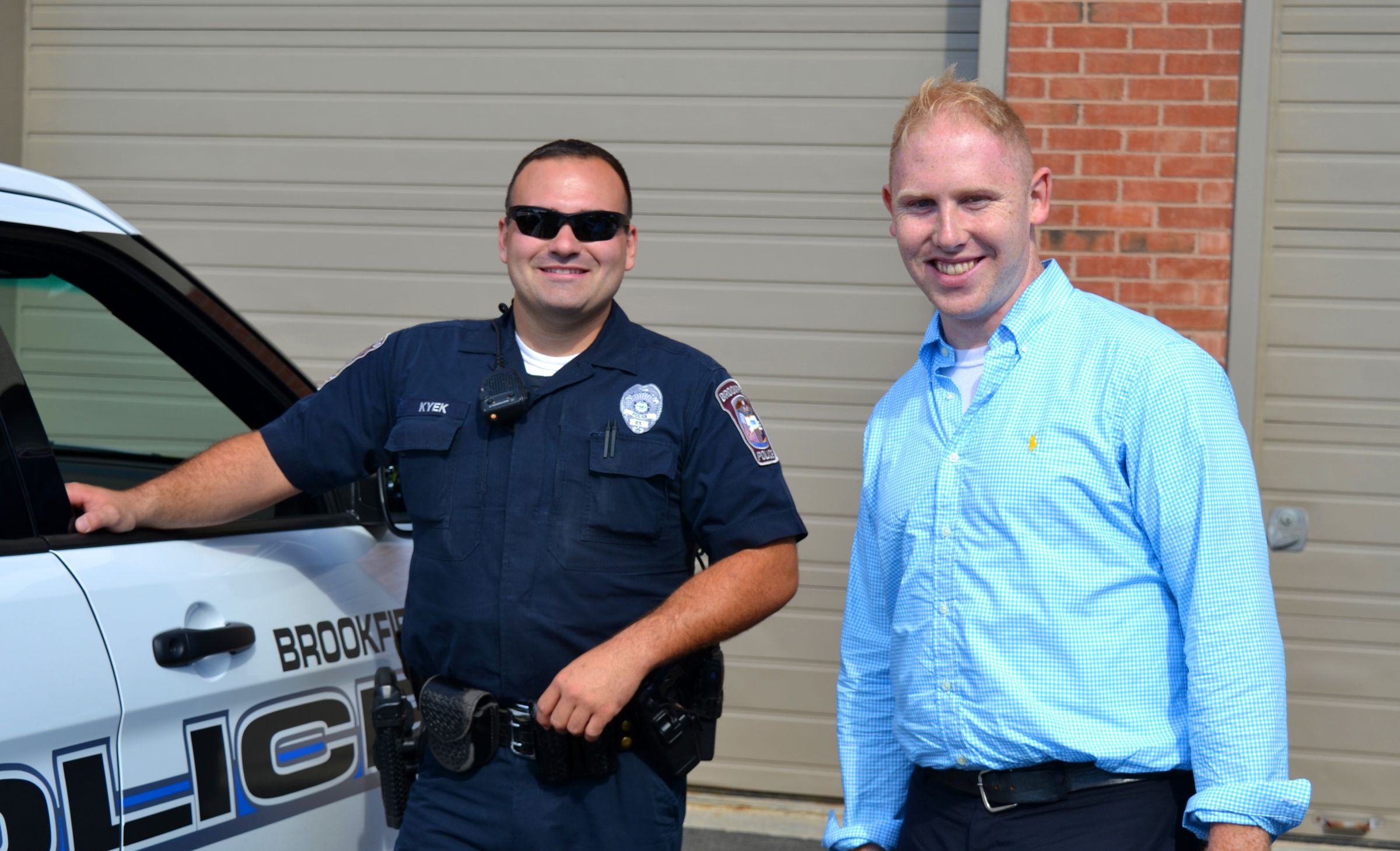 Harding says the Brookfield Police Department has the necessary equipment to do the job, but noted that it's imperative to have equipment in order to be effective.  He says one thing he wants to work on when the General Assembly reconvenes is putting an end to municipal cutting to mitigate state budget deficits.

He says there is so much to learn about keeping a community safe, and noted that Brookfield has a great team of dedicated protectors taking chances every day for the community.  Harding says he will use what he learned to look out for their best interests in Hartford.