Security was tight at Hofstra University for the first debate of the 2016 presidential election featuring Democrat Hillary Clinton and Republican Donald Trump. It was so secure, Green Party candidate Jill Stein, who was not credentialed to be on campus, was escorted away by police after completing scheduled interviews.  Libertarian candidate Gary Johnson was not on the debate stage either.  The Commission on Presidential Debates requires minor party candidates to have at least 15% in five national polls. 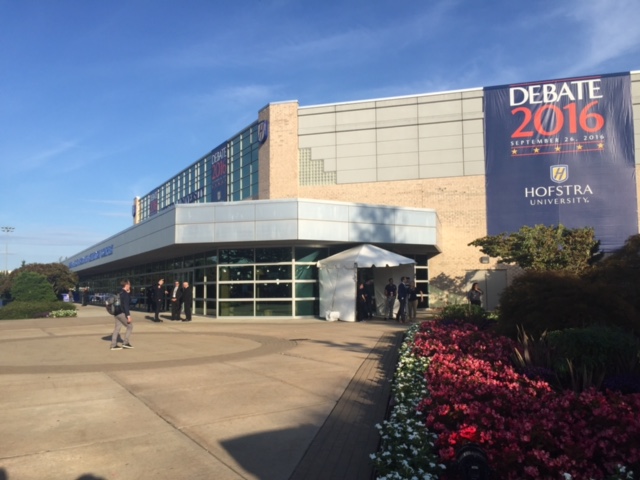 There were some 2,000 protestors gathered at the designated free speech area, several blocks long. Police say there were about two dozen arrests, most for disorderly conduct

Classes had been cancelled for the day, but students were out in force marching and chanting for various causes.  They also displayed their candidate of choice on tshirts and signs. Debate viewing parties were held in locations in the student center and in dorms across campus.

More than 700 journalists from around the globe gathered in the media filing center to cover the debate. 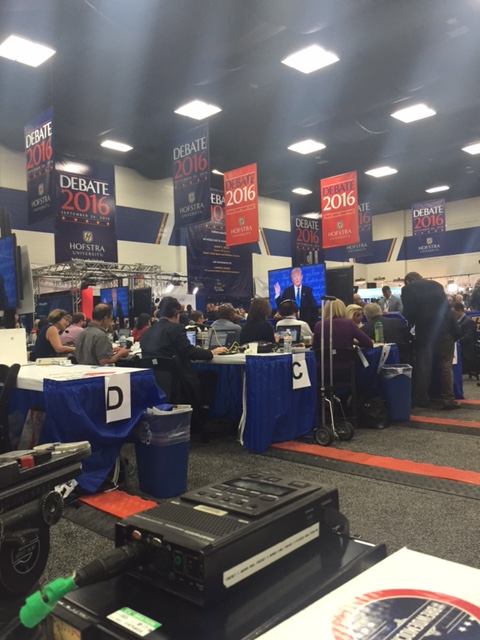 In a first, one of the candidates came into the Spin Room after the debate.  Trump was joined by his wife and children. 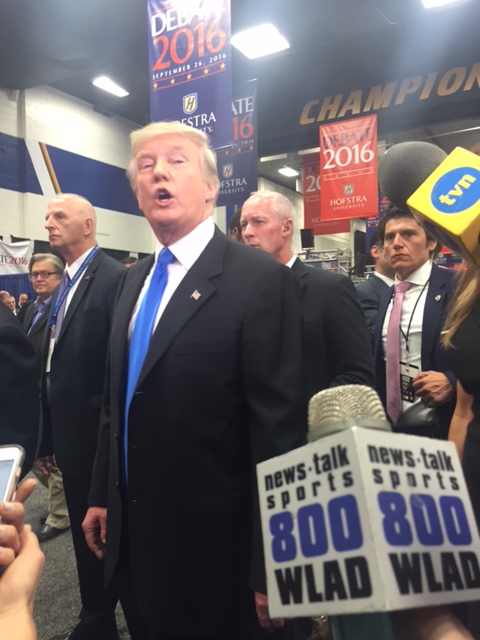 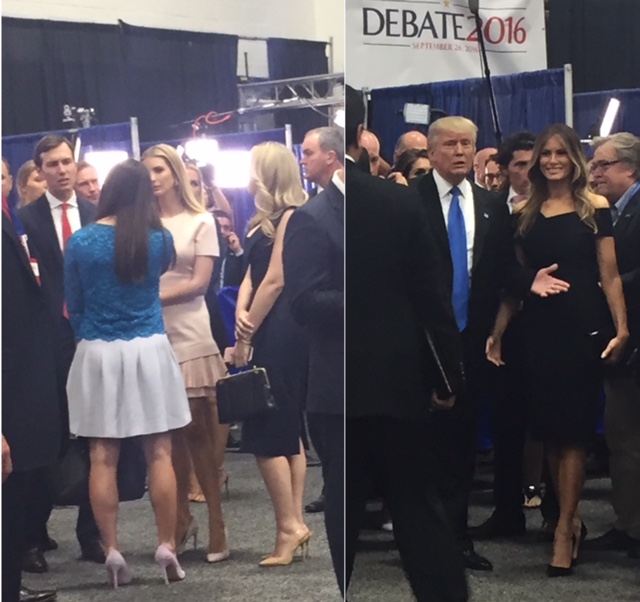 Surrogates for each of the candidates came into the Spin Room before and after the debate to talk up their candidate.  Mark Cuban, a Clinton supporter, and Republican Vice Presidential candidate Mike Pence did media interviews. 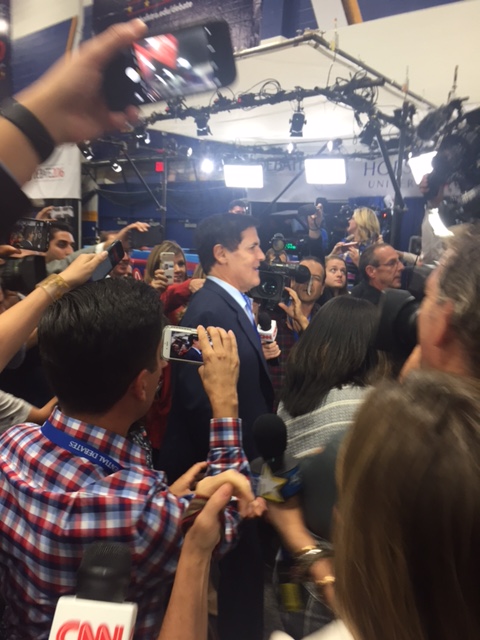 4th District Congressman Jim Himes was at Hofstra early Monday morning.  He said the volleyball team was playing in the parking lot with some journalists.  The pep band also played in the media gathering area into the early morning hours Wednesday.

Many members of the New York congressional delegation were in attendance.  Partly because the event was held on Long Island, but also because the two candidates live in New York.

Governor Dannel Malloy was at the debate in support of Clinton.  He says there was no comparison on issues and temperament between the two candidates.

Connecticut Republican Party Chairman J.R. Romano says Trump did well.  He noted that Trump hit the nail on the head when he said that Clinton has been in politics for 30 years and the country is in serious trouble.