State Environmental Conservation Police Sergeant Keith Williams has been promoted to the rank of Captain.  Williams will head up EnCon’s Marine Division.  State Department of Energy and Environmental Protection spokesman Dennis Schain says these officers are a unique and special law enforcement unit with responsibility for protecting both the public and the state's natural resources. 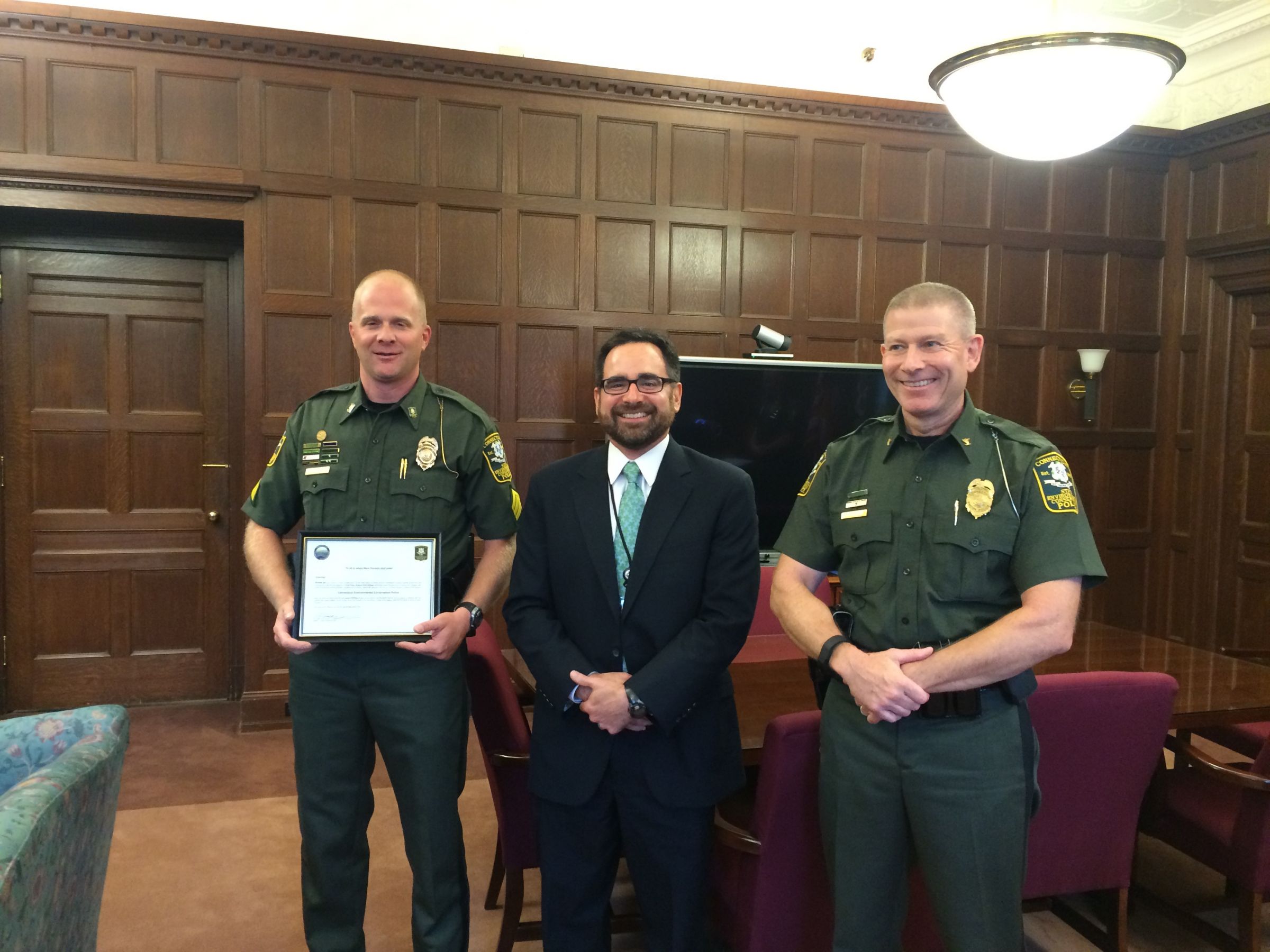 Williams has been with State EnCon Police for eight years and has served as Sergeant for the last two years, responsible for Candlewood Lake and coordination of the Hunting Related Shooting Incident Team. He serves on both the Boating Accident Reconstruction Unit and Chemical Immobilization Unit, as a Field Training Officer.

Williams was Officer of the year in 2011, received an award from Mothers Against Drunk Driving for his efforts against Boating Under the Influence in 2013 and 2015.

In 2013, he was presented with a Unit Citation Award for his response to the shootings at Sandy Hook School.  Williams arrived minutes after the initial call and helped evacuate hundreds of students from the building.  At the time there were reports that there may have been two or three shooters involved and police assets were actively searching the school.  EnCon Police maintained the perimeter of the scene until it was declared secured four hours after the shooting.