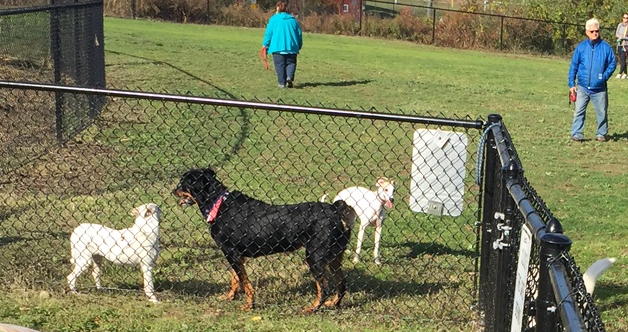 The City Council approved the use of the land off Miry Brook for the dog park in April 2015.  Construction began in June of this year.  Council President Joseph Cavo says the off-leash dog park will be a great addition to the diverse recreational inventory in Danbury.

Mayor Mark Boughton says he's excited to provide a place for Danbury dog lovers to exercise their companions.  He says dog parks are one of the fastest growing recreational spaces that a community can provide for its residents.  Danbury saw a 6.5% increase last year in the number of licensed dogs in the city.  Boughton says this is the largest completely fenced in off leash dog park in Western Connecticut.  The Southbury dog park is larger, but bordered on one side by a river.

Part of the advocacy for the dog park came from an 8-year old boy.  Jacob Saadi, son of Councilman Tom Saadi, had a class assignment to write about a problem in Danbury or something the City was missing.  Jacob wrote about the need for a dog park, and after turning in the assignment to his teacher, sent the letter to the Mayor. 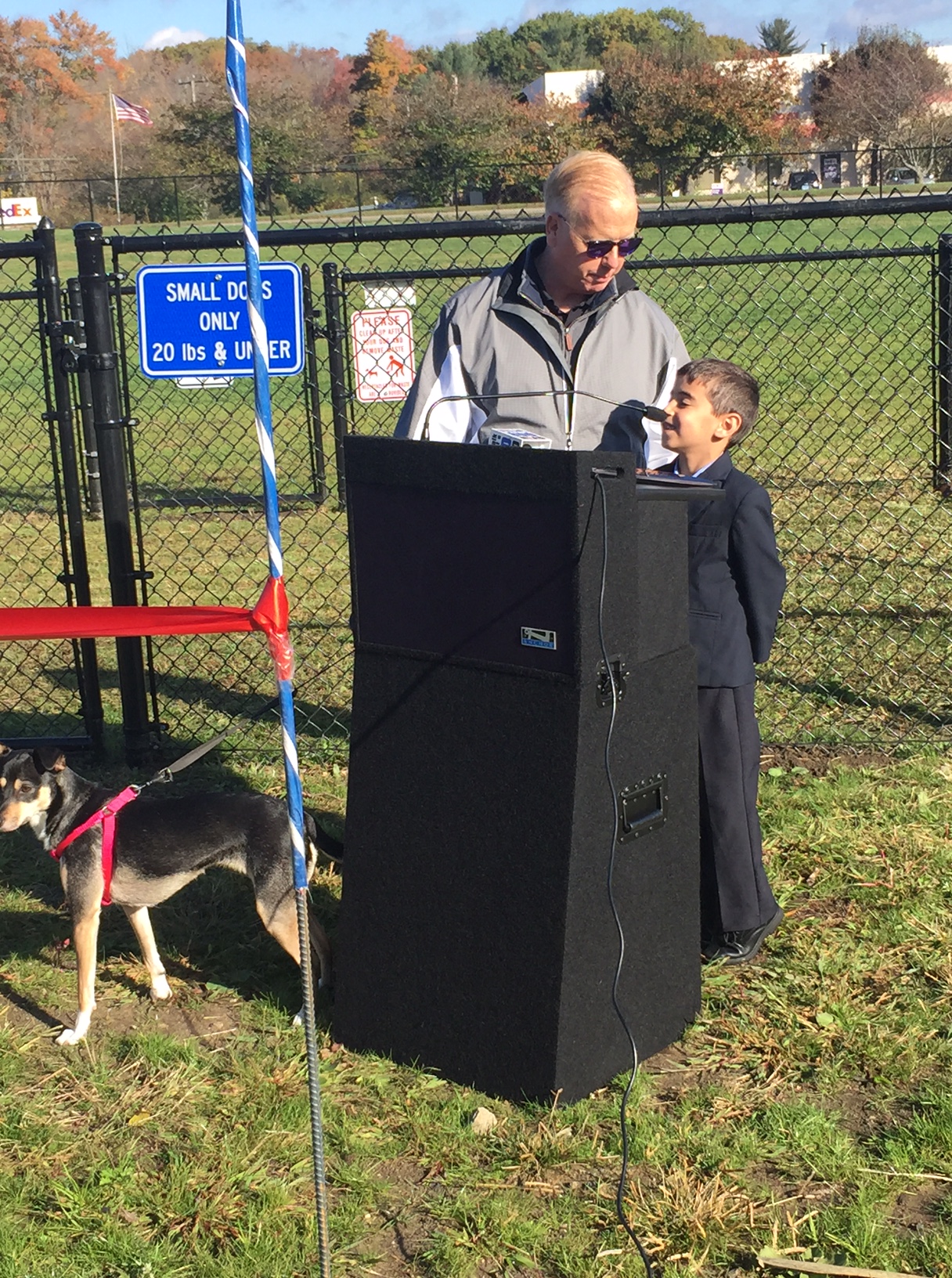 The dog park contains two fenced in areas; 0.82 acres for small dogs and 1.1 acres for large dogs (20lbs and over). Water is provided on site and the park is open from sunrise to sunset.  The project cost about $150,000.  Most of the cost was for fencing.  The funding came from left over money in an old recreational bond. 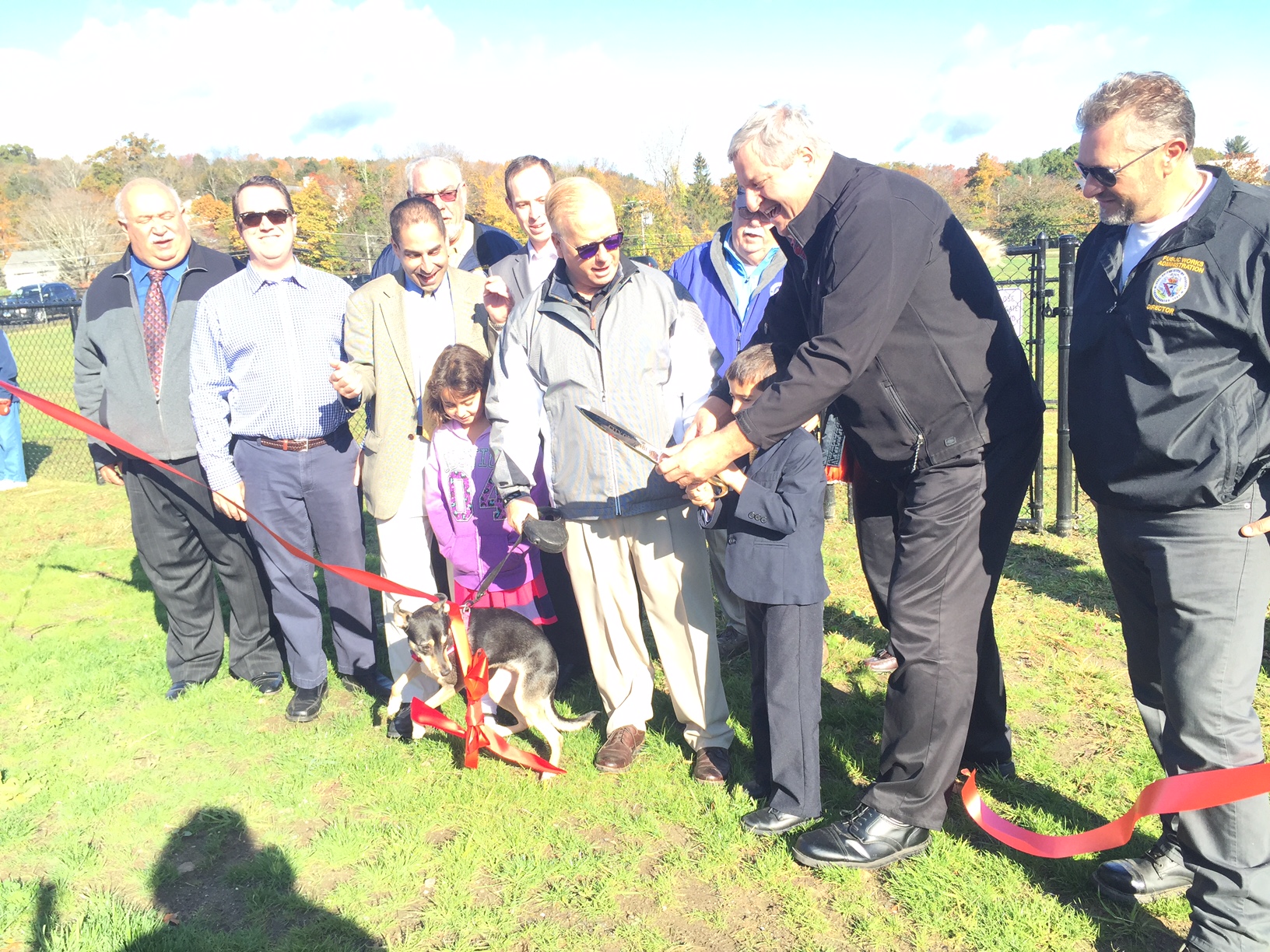 An environmentally sensitive area is protected with fencing.

Residents will not be allowed to park on the side street due to airport restrictions.  The FAA did sign off on use of the land for a dog park.