Danbury Day was held at the state Capitol this week.  Legislators set up a reincarnation of the Danbury State Fair to celebrate the Hat City's history.  Freshman lawmaker Michael Ferguson volunteered to organize the annual event that in addition to featuring fair food, honored four community members and the principals of Danbury's schools of distinction. 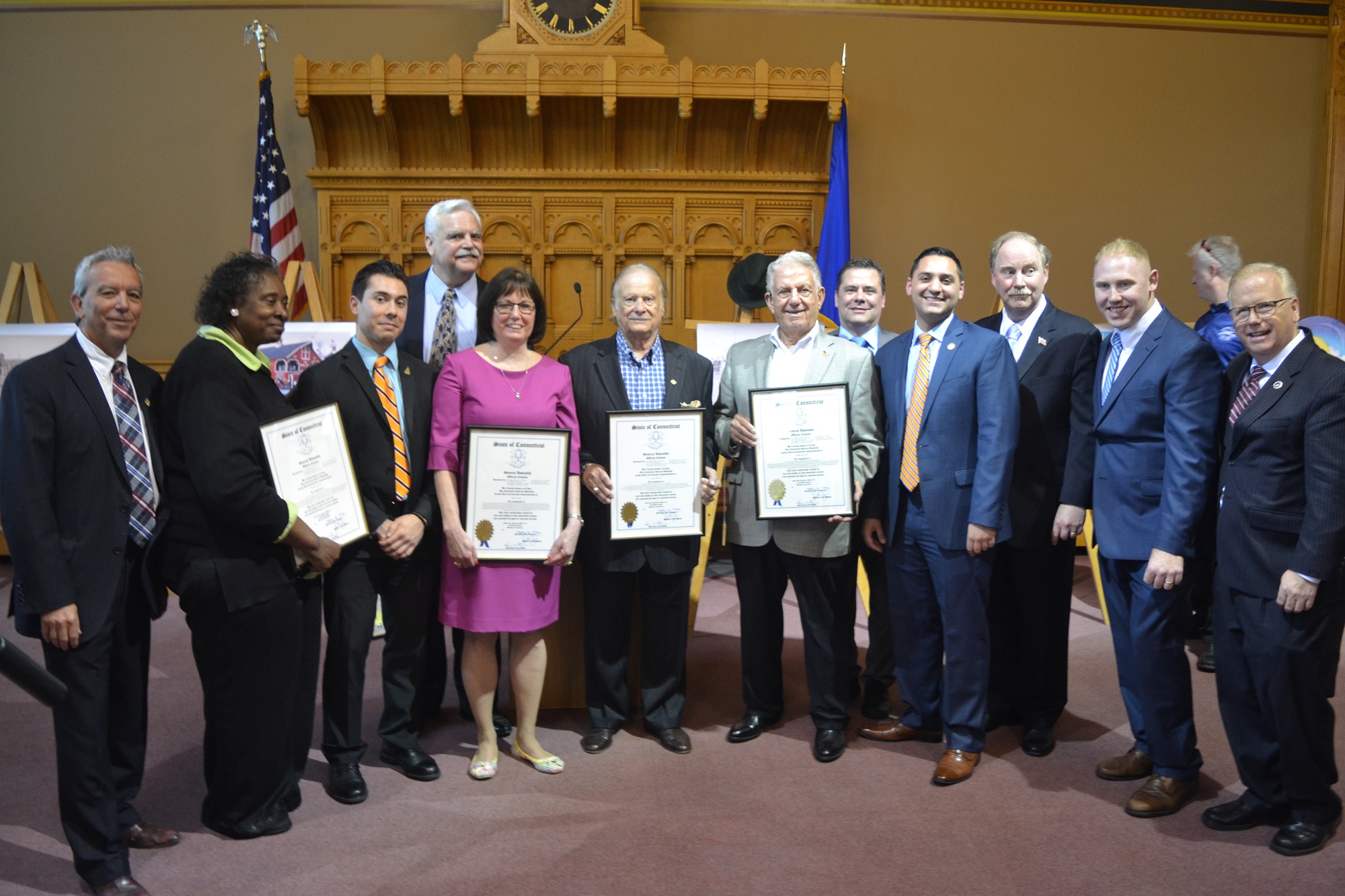 Representative David Arconti said he hopes those who attended the event will be motivated to visit and learn more about Danbury.  Attending his first Danbury Day at the Capitol, Representative Will Duff said the event was an opportunity to showcase the positive aspects Connecticut’s seventh largest city and celebrate its diverse culture  Representative Stephen Harding touted Danbury for its rich history, culture, and economy.